Hacking the Writing Life: On Being a Writer With Three Jobs

There’s a lot of doom and gloom in the publishing industry these days, the biggest doom and gloom of all being from midlist writers who used to be able to make a decent living wage on a book or a book and a half a year who find that, at best, they can pull in $5-15k a year now. The squeezing out of the midlist mirrors the squeezing out of the middle class in many ways – you’re either a top 1% author with a six or seven figure deal out the gate, or a writer who worked their way up to six figures before the 2008 crash, or you’re writing upwards of three or four (or more!) books a year to make ends meet (I recently heard about an author who produces, on their own, upwards of 15 books  a year for the last two years and only just recently quit their day job).

These are not fake numbers. I can tell you that from my own publication history. At the current rate of my own book advances, I’d have to write twelve or thirteen books a year just to maintain my current income level – an income level I achieve now with a day job, freelancing jobs on the side, and writing a fiction novel, a short story or two, a column for Locus, and some other paid essays every year.

Now, granted, my income is a solid one. I’m not scraping by on $20k or even $40k a year. I’ve been poor before. I don’t fucking like it. I work hard to stay as far ahead of it as I can. And that’s yet another reason I likely won’t ever give up my day job, even if I only keep it part time: I like money. I don’t like being poor. I’ve got an expensive chronic illness and a big hunk of debt still to pay off, and I don’t want to go back to living hand to mouth if I can at all help it.

One also needs to understand how money flows (or doesn’t) in this business. Those advances don’t come all at once. They’re broken up into three payments, at least. And those payments don’t actually come to you on the day the contract says. If you’re super lucky, they may SEND the check to you within 30 days of the date on the contract, then it has to go to your agency, wait for them to cash and turn around the check after taking your agent’s split, THEN it comes to you. This is the same with royalties. The contract may SAY you get paid in January and July, but it’s more like March and September. The freelancing work is often the same way. It might be two weeks, or six weeks, or eight weeks, or more, before you see a check (though honestly I’ve never kept a client who took more than two months to pay me. Not worth my time running checks down on that end).

And if, like me, you are caught up in a fracas with your former publisher, you could have six, seven, ten thousand dollars in payments caught up in some legal/accounting limbo that you may or may not ever see.

This is why you don’t quit your day job.

About eighteen months ago, I hired an assistant. There’s this magical thing that happens when you tell people you hired an assistant. Like you’re somehow a Big Name Writer now, a Big Deal. But very few people asked how I was able to afford to do this. I expect there was just an assumption that I was loaded, or that I was just Important Enough to warrant it. In truth, what I had to do was clear about $200 a month from my budget (she is part time, and hours vary, but at the up end, I knew, it’d be $200 in time a month or so). So instead of a date night every week with my spouse, we had a date night every month. Instead of going out to lunch three times a week, it was once a week at most. And no more coffee runs to an overpriced coffee bar when I was bored. We scouted out places to board our dogs that were less expensive. We got rid of any vacation that we couldn’t write off. I only buy discounted clothes. I gave up my Coke Zero addiction (mostly). I needed to figure out just how important it was for me to have extra help with all the administrative bullshit that comes with being a writer. It turns out it was worth a lot to me. Now I have someone who can maintain my various wikis, enter line edits, and help with general research – that  means I can write more books faster. The hardest thing I had to do was something I just finally got up the courage for – turning over the filtering of my public email to her. Though I don’t get a huge number of requests, when I did get them, they tended to get buried in all the immediate stuff I had to handle from folks I already knew. I was actually going through my email last night looking to see if I had anything to follow up on, and missed something I was already in conversation with someone about. I am so tired and overwhelmed I can barely see straight sometimes. Having a first-level triage for book requests and a fan mail organizer is a huge mental relief that’s worth cutting corners in the budget for.

There is also some very simple math on can do to justify this. How much do you charge an hour for freelancing work? How much do you pay your assistant? Every hour they can work doing admin stuff means another hour you have to work on your projects. The math, ideally, should work out in the end. If you’re a math person and must justify it this way, the math works.

I have never been good at asking for help, let alone getting organized enough to pass things off. But once I did, the mental relief was so great I couldn’t understand why I didn’t do it sooner. I think there was a part of me that bought into the “important writer” myth. I wasn’t “important” enough to ask for help. I needed to suck it up. There were tons of other people who did this all with no help. But the truth was, after talking to some writers, a lot of writers do get help, whether it’s from a personal assistant, spouse, family friend, or collaborator. Pretending we don’t get help, and we are somehow all Super People, gives a false impression of how things really get done, and contributes to greater burnout for our colleagues and the writers coming up behind us.

I write a lot every year. Maybe 45,000+ words at my day job (not counting revisions), and 80,000+ in various blog posts/nonfiction and 200,000+ of various types of fiction (novels, short stories, etc.). This is a lot of words, and many days, there’s not much head space leftover for anything else that resembles a life. I’ve talked before about how my fitness regime has tanked the last three years, and it’s taking a tremendous amount of effort to hack it again. The reality is you are only one human. You only have so many hours in the day, and you need to prioritize what tasks are important to you. I roll out of bed before 6 a.m. to tackle email, which is also a good time to handle UK business, and I am generally reading or typing right up until I pass out at night. 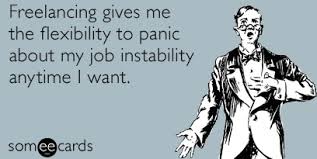 But it’s funny, still, when people ask me how I can have a day job and write. Because writing novels is all I ever wanted to do. After being dead-dirt poor in my mid-twenties, though, I decided I didn’t want to be a dead-dirt poor writer. So I needed to find a way to be a writer who was not dead-dirt poor. It turns out this is the way to do that in this fucking economic reality right now, exhausting and demanding and annoying as it is. I, too, long for the day when a short story payment paid the rent, and every novel came with an advance upward of $30k. But I don’t live in those days. That is not my reality. And I can either pine away for that, or accept the reality of the hand I’m dealt right now, which is that selling the amount I do, of the type of stuff I do, requires me to work harder, maybe, than others.

I remember being annoyed that Ursula LeGuin was often the only woman science fiction writer people would talk about alongside the guys, the way Robin Hobb tends to be the only woman writer mentioned when people bring up their first four or five favorite epic fantasy writers right now. There are some hard realities in this business, and one of them is also that if you’re a woman writer, you need to be fifty thousand times better than everyone else to get noticed. I am not even close to fifty thousand times better than anyone as yet. I have a long road to slog. But you know what, fuckers? Fucking challenge accepted. I will be better. I will be the best. But if I’m going to say that, if I’m going to say, “I will be so good the haters can’t ignore me” then I have to do the work.

The internet, and writing advice in general, is full of a lot of empty inspirational rhetoric. You gotta work hard, fuckers! You gotta bleed! You gotta… whatever. But how many people actually go from reading all of that, and nodding along, to actually doing it? When you’re sitting here reading this stuff, it’s very easy to say, “I’m going to be the best! I’m going to work for it! Fuck the economic reality of writing!” But the key piece of advice is not at the “you gotta work” place. It’s that place between “I gotta work” and actually working.

I have a deep belief in the power of story. I know that what we create filters up into wider media. I know story can change the world. I’m also deeply motivated by my experience being dead broke poor, a place I never, ever want to be again. And I’m incredibly motivated by haters who say I can’t. By stats that say the game is rigged against me, by people who say I’m not good enough. Because if I believe in anything, I believe, still, that even rigged games can be hacked. Not me against the world, no, but me and a whole lot of people against game.

Because at a certain point, the dreaming has to be over. Somebody has to do the work.

Forever and ever, it’s you who must do the work. In whatever way you can. For as long as you can. Because this is a marathon, a game of attrition, and if you’re going to play, you must play.