The Blog Post that Lost Me Half My Audience

Back when I first started this blog in 2004, I grew an audience that was primarily and deeply feminist. My regular traffic was about 400 visits at day, which – at the time – seemed like a whole lot of people. Then I wrote a post about “women-only” forums that pissed off a whole lot of people, and my readership fell in half.  Obviously things have changed since then, but at the time it was a really big blow. I had made a lot of people angry, and I couldn’t understand why.

What was I saying that pissed people off? I was musing about the fact that feminist women in conversation with other feminist women was great for stuff like consciousness raising, and getting events organized and having in-depth discussions outside of “feminism 101” but if we really wanted to change things, we were going to need to have everybody talking about feminism, not just women. Because let’s face it. Women are considered a minority group. Things like having healthier babies and pregnancies (making more people!) and trying to improve poverty rates and gender discrimination in schools and workplaces isn’t important to people (even a lot of women) unless men are talking about it too. Not to mention the fact that the term “women” itself in this instance was being applied  in a very exclusive way that I didn’t agree with – you had to have been categorized as a woman from the time you were born (trans people didn’t count, which is the dumbest thing I ever heard), and also “feminist” which could mean all sorts of things. Are you a feminist if you believe a man should always make more money than a woman, but believe in abortion rights? Are you a feminist if you think women are biologically inferior to men but should still be accorded the same legal rights and protections? Or do only radical feminist women-born-women who are ready for bloody revolution count? (talk about echo chamber)

But what I recognized then, and what has been proven as it’s played out since then, is that unless men were talking about something as being important, or women did some bloody revolution thing, folks were going to tune it out as unimportant (women and men alike. We’re all born in a misogynist society. We all default to prioritizing men’s voices over women). Women had to raise feminist sons, and educate other women and their partners. Then those generations of folks all needed to get together and say, “This is fucked up.” And together, epic sea tide of change, happyville, etc. 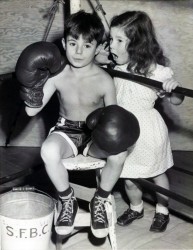 It’s great to sit around and talk about feminist things in feminist spaces. A lot of work gets done there. But I also need to make my presence known outside of feminist spaces. I can’t just get shuttled off onto the “Women in…” panel at every con while not getting offered anything else. I can talk about religion and worldbuilding and character and creating conflict and military SF/F and a lot of other things.  So while I’m happy to do a “Women in…” panel, I have to do it alongside something else. I’m not going to get pigeonholed as the person folks come to to talk about “Women in…” because let’s be fucking real – women are in worldbuilding and religion and military SF, too, and we should be talked about in all those “general” fiction and fandom panels, not relegated to the “Women in… “ track. Want an inclusive general panel, then put me on it, because I’ll strive to talk about everybody, not just the same four dudes we always cite. I knew I had to work harder to keep from being pigeonholed. Men could talk about strong female characters without only ever getting put on the strong female characters panel. But I had to be a little more careful.

I thought this was a great idea right up until I was surfing the internet yesterday and saw somebody ask who they should talk to if they were writing an article about sexism in SF/F. The answer from one of the commenters was “Jim Hines or John Scalzi.”

I about shit myself. The whole point of having these inclusive conversations was so that stuff like sexism would be taken seriously (and that’s working, hurrah!) but holy shit, to watch women and their opinions removed from the dialogue entirely was really bizarre, and a testament to how difficult it is to change the narrative of how we talk about things that are important. How wonderful it is that sexism is now deemed important to talk about… but why are we only recommending male “experts”? Why are all the women who championed and participated in these very public conversations (some of them for many, many years) – folks like Genevieve Valentine, Elise Matheson, Liz Henry, Cherie Priest, Amal El-Mohtar, Tansy Raynor Roberts, Nicola Griffith, Foz Meadows, NK Jemisin, Delilah Dawson, Cheryl Morgan, Mary Robinette Kowal, K. Tempest Bradford – and so very many others, very rarely quoted? Why aren’t they the first folks that come to mind (to women and men!)? Are people scared of them? Do they forget them?

Maybe, I thought, they weren’t quoted because, like me, they got tired of getting put in a box. Maybe they *were* being asked and were like, “Fucking A, you fuckers, ask me about being a fucking WRITER! Not a fucking LADY WRITER!!” Or, at the very least, make it an inclusive conversation.

Of course, the reason we forget is the very thing we’re fighting: sexism, racism, discrimination of all sorts, the type that values one group’s narrative over another.

I should not gnash my teeth, as this was just what I talked about all those years ago, the very thing folks got angry with me about. Because now that dudes are talking more about sexism, and white people are talking about whitewashing, and hetero folks are talking about lack of queer characters, well, now we’re starting to see the publishers make a note in their submission guidelines that they’re open to “diverse” stories. And now folks are taking the whole, “Maybe it’s easier to be a white dude in the industry” thing seriously.

I should not complain. And for the most part, that’s not what this is. Instead, it’s a post about mourning the narrative. It’s a post about living long enough (it only takes 10 years) to be utterly erased from a narrative, and watch it happen, while the same old group of folks is handed over credit. Straight people will be applauded for “allowing” gay people to marry in history books, just as white people are celebrated for freeing the people they enslaved (how progressive they were!).  Women got the vote, after all, because men just felt sorry for having such a backward notion, right? The protests, the uprisings, the rebellions, the screaming, the fighting, the digging in, the sacrifices, the toil, the bravery, the hardship – all of that is forgotten.

What’s remembered, what we’ll write about, what we’ll teach our kids, is that one day a few folks magically woke up from their privilege, and benevolently freed us all from their own tyranny.

When I went through the comments on my old post about women-only spaces, and other blog responses to it, I couldn’t help but sigh over the reasons folks gave for keeping women-only spaces. “If we invite men into these spaces, they’ll take over the conversation,” folks said.

They were not wrong. 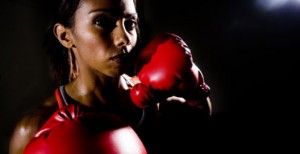