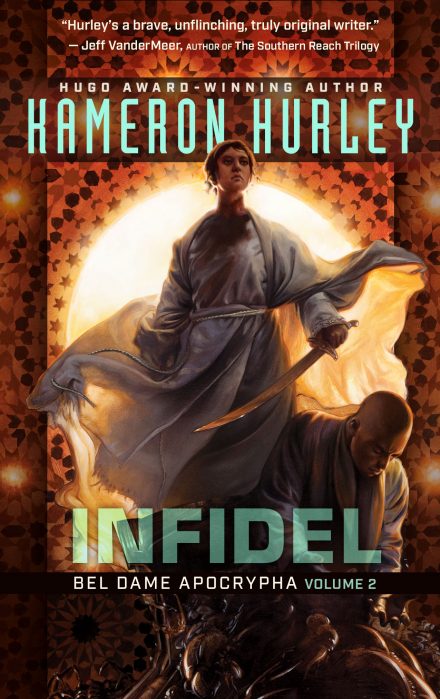 The only thing worse than war is revolution. Especially when you’re already losing the war…

Nyx used to be a bel dame, a government-funded assassin with a talent for cutting off heads for cash. Now she’s babysitting diplomats to make ends meet and longing for the days when killing was a lot more honorable.

When Nyx’s former bel dame “sisters” lead a coup against the government that threatens to plunge the country into civil war, Nyx is tasked with bringing them in. The hunt takes Nyx and her inglorious team of mercenaries to one of the richest, most peaceful, and most contaminated places on the planet – a country wholly unprepared to host a battle waged by the world’s deadliest assassins.

In a rotten nation of sweet-tongued politicians, giant bugs, and renegade shape shifters, Nyx will forge unlikely allies and rekindle old acquaintances. And the bodies she leaves scattered across the continent this time… may include her own.

Because no matter where you go or how far you run in this world, one thing is certain: the bloody bel dames will find you.

“Infidel is a well thought-out and intelligent novel, which asks a number of questions and refuses to present easy answers.”

“Hurley’s world-building, vivid and blissfully free of infodumps and expository lumps, was one of the great strengths of God’s War, and it’s a pleasure to return to the fascinating and messed-up world she created — one especially enjoyable for its ethnically diverse cast and freewheeling remixes of traditional gender roles.”

“Readers who enjoyed God’s War will not be disappointed by Infidel… Infidel is a fast-paced book with a lot of action and smart character moments, mixed with cynical battlefield philosophy. I highly recommend it.”

Also In This Series