Books You Should Be Reading (and other things)

I haven’t done one of these posts in awhile because… well, because it takes me awhile to read books. So here’s a quick grab bag of what I’m been consuming that I think is pretty good food for thought. I do have a stack of other things (so many, many other things) left unread. So here’s to hoping I can recommend some of those soon as well. But no promises! I’m in deep research mode again, and headed off to the library today to look up some information on toxic plantlife, so much of what I read the next couple months will likely be nonfiction.

All I really need to do is post the marketing copy for this, because, yo: “When two soldiers from opposite sides of a never-ending galactic war fall in love, they risk everything to bring a fragile new life into a dangerous old universe.” There’s the people with wings and the people with horns and one’s on this planet, and the other’s on this moon, and there’s weird ghosts and intergalactic bounty hunters and it opens with our heroine giving birth and then taking part in a firefight, so what’s not to love? Annoyance with an overzealous intergalactic brothel scene, which seemed entirely useless to the story and eye-rolling in its “ISN’T THIS SHOCKING-NESS” (it wasn’t), but everything else (and the spaceship! The spaceship!) was gold. Highly recommended, and can’t wait for volume 2. 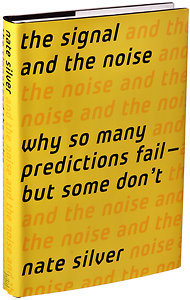 The Signal and the Noise

Most people know who Nate Silver is by this point, and I couldn’t help but pick this book up after my nail-biting election night. Silver does a great job here of making statistics and probability easy to understand for writerly-minded folks who may find most crazy math talk annoying to puzzle through. He explores why some activities – like poker and baseball – are easier to predict than others (like earthquakes) and also takes a look at why it is weather forecasting is getting better (and confirms the feeling that the local news plays up argmageddon for no reason; they give weather forecasting a bad name). Great stories, interesting people, and some smart ideas to chew on. 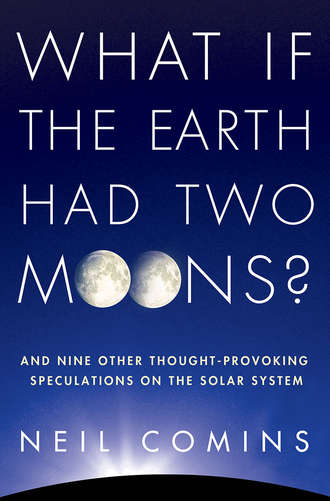 What if the Earth Had Two Moons?

I’m currently working on a fantasy series that has a pretty wild system of suns and moons and nutty satellites, so I was looking for some kind of layman’s “in” into how things on this world might be different with two moons or two suns. Each section of the book starts off with some very silly, very bad “fiction” excerpts from the worlds the guy posits. After trying to muddle through the first one, I just skipped those and got straight to the actual non-fiction part. He posits many different situations: earth with two moons, earth with two suns, earth with counter-earth, what if the earth was a moon of a larger body (one of the most fascinating, to me), and what if the earth formed much later, and many more. Highly recommended if you need some ideas for how worlds that formed under some very simply different circumstances might operate. 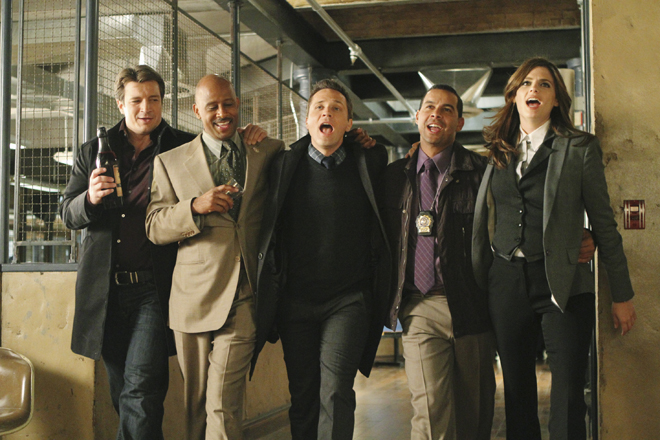 I wanted to bring this one up because I really, really hated the first season. Despite loving the whole idea (a writer and a cop! They fight crime!), I found Nathan Fillion’s character a boring adolescent playboy who was constantly one-upping and denigrating Beckett, the woman cop who was supposed to be so clever and amazing that she was hugely respected on the force. But not so clever and amazing, of course, that a mere playboy writer could not one-up her. It was a frustrating season, and I live-tweeted my distaste for the whole thing. I felt like Beckett was insulted at every turn, and when my partner suggested we buy the second season from Amazon Prime, I turned up my nose at it. It was only after trying several other “murder shows” (as we call them around here), all of which constantly fridged women, that I grudgingly went back to Castle. Season 2 was the season where it appeared the writers had actually paid attention to the fans, fans who likely had about the same problems with the show that I did, and instead of funny-ha-ha misogynist Castle undermining Beckett, they finally started to act like partners, and there were even cases where suddenly she acted like a real cop and, you know, solved the murder. More and more, they would solve the “Whodunnit” at the same time, which was fun. I’d wanted a show that was more like Bones, and this finally started to deliver. It’s still not a perfect show (not an episode goes by where someone doesn’t mention how “hot” Beckett is or frame her with a male gaze), but the writing overall is very good, and the cast is really starting to have fun with it the way the Bones cast is (I just finished Season 3). So if you gave up on this one because of the misogyny of the first season, I’d recommend that you start over with season 2. You might be surprised.