This is the Dystopia We’ve Built: The United States of Japan

TW for discussion of physical abuse

My grandparents met in France during World War II. My grandfather, whose German family had emigrated to America just a generation or two before, found himself part of the force that liberated France from Nazi occupation. Like many GI’s, my grandfather did not talk much about the war. Mostly he talked about meeting my grandmother, and how he spoke very little French, and she spoke no English.

But what I gleaned over the years is that one of his primary jobs in Europe after the war was driving the trucks that hauled out the bodies from concentration camps. I am not a fan of my grandfather – he was a petty tyrant, probably with a host of untreated issues related to the war that I can sympathize with in retrospect, but in practice, he was mean and abusive and I didn’t cry when he died. My grandmother looked after me and my sister and brother and my older cousin during the week while our parents worked. My parents would get us up so early that we’d still be huddling in our pajamas in the car on the way to grandma’s house so they could get to work on time. My parents would pick us up around six every night with just enough time for dinner and bed by the time we got home. This went on until I was twelve, and legally old enough to stay home and watch my siblings. Until then, my grandparents’ house was our second home. 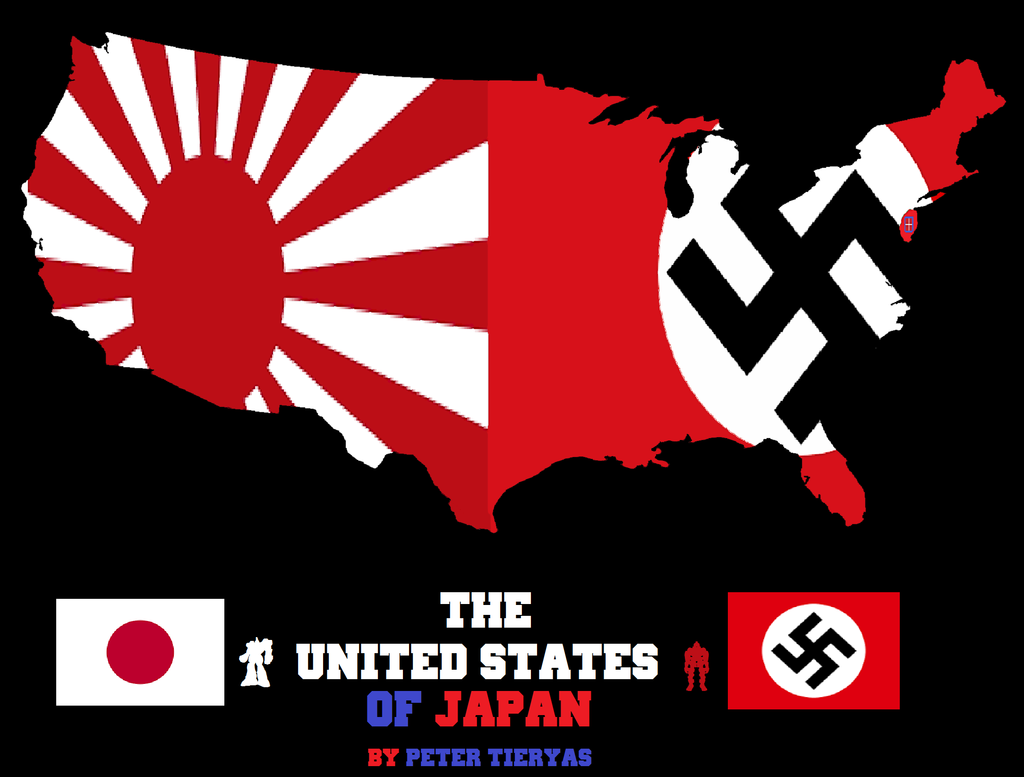 But as many families know, not all homes are happy all the time, and though I had, overall, a fabulous childhood, warm memories do not erase the bad stuff that would go down there sometimes: I remember the searing red imprint of my grandfather’s hand on my little brother’s thigh, from when he smacked my brother so hard that my brother ran away, screaming, for several blocks before my grandfather caught him; the day my grandfather pushed my cousin down the stairs and took me by the hair and slammed by head against the wall; my grandfather dragging my brother, shrieking, out from under the Christmas tree where he was trying to hide from my grandfather’s wrath. My older male cousin, and my little brother, as he got older, got the worst of the physical abuse, which was not constant, certainly, but it was always a looming threat; a possibility. The stories my father told me were of far worse abuses, verbal and physical, that my grandfather had meted out when he was a younger man with five children to feed on a military salary. It’s a wonder my dad turned out to be the World’s Greatest Dad with that upbringing, but as his three older sisters are always quick to point out, my grandfather was so happy to have a son after three daughters that despite the occasional explosive outburst of physical abuse, my dad was showered with praise and expectations while they were called whores and sluts.

And it made a very big difference in how they all went out into the world. But that’s a story for another time.

My grandfather, like all people, was not, however, the cartoon villain from some badly written story. I have some happy memories of being out in the garden with him, weeding, even if he did constantly deposit worms in my pockets to make me scream in terror. When his dog ended up having a litter of puppies that rotted inside of her, and had to undergo major surgery and couldn’t go outside to relieve herself for weeks, he and my dad rolled her onto a plywood board and took her outside to relieve herself, putting in the weeks and weeks of recovery time required instead of putting her down. He went to church, and paid his $100 to the Catholic church every month no matter how poor they were, to secure a place in Heaven. He had a deep fondness for processed American cheese slices, which he would offer up and I would devour, most likely leading to my positive associations with processed cheeses of every sort. Yet when I try to think of other positive memories of my grandfather, what strikes me most is how few I have. For the most part living with my grandfather was like living with a large bear. Most of the time the bear is sleeping – literally in the case of my grandfather, who, after retiring from the military, worked as a night security guard at a bank – but every once in a while, the bear wakes up. And you’re never sure what the bear is going to do. It might go out weeding in the garden with you, or throw you down the stairs. You just never knew.

That was always the worst part, the not-knowing.

None of us are all bad, or all good. I’d argue that this is what makes it so difficult to leave abusive people, because they are never 100% awful all the time. Just like our lives, our jobs, our countries. It’s very rarely a constant shit-fest. This is what can make it so difficult to change it. Oppressive societies and governments, in particular, are like living with that large, unpredictable bear.

It’s this understanding, that we are all a little bit the hero and a little bit the villain, that The United States of Japan understands and illustrates so well. It’s this awareness of itself, and of the current state of America, and what America could be, that makes both this and the Amazon series for The Man in the High Castle such important reads right now. We have built a dystopia in which we live with the bear, now, here in America. Would the USJ be so different?

The United States of Japan opens with the Japanese liberating the US internment camps where we kept tens of thousands of Japanese Americans prisoner for years during the war. I could tell this bit was added later because, admittedly, the prose is a little clunky and ham-handed here. I almost stopped reading the book. But the idea was so compelling that I kept going to see what Tieryas would do with it. This was an important reframing of how we are taught about World War II in this country, and USJ asks the tough question: What if the Japanese were seen as the liberators, here in the US? How would that change not only the whole global economy, but the whole story of history?

The premise of USJ is a clear homage to The Man in the High Castle, only in this instance what the authorities are seeking to suppress is a video game, not a film reel, that posits the idea that the Japanese lost World War II. The game’s proliferation across the country and the world is seen as hugely disruptive, and inspires rebellion. The two primary characters are Beniko, head censor, coward, and bumbling ladies’ man; and Akiko, a hardened, slightly psychotic member of the secret police. Pairing these two opposites together throughout the book results in much of its humor and tension, as their ways of solving problems as they seek to hunt down those responsible for making the game are… quite different.

The action in this one starts slow and picks up the pace throughout to batshit insane levels. For real, there was a moment about 3/4 of the way through where it was like Tieryas was channeling God’s War, with torture, reversals, plans that go wrong, characters who make dumb choices, gooey organic tech, stimulants, explosions, and hey, here’s a giant mecha battle for good measure! It’s so wild that after a time you just don’t even care if there are plot holes because you’re having so much fun in this insane world. Characters are good at keeping their secrets close to their chests, so as the truth bleeds out along the way about what’s going on, you’re surprised and fully invested in the outcome. Bonus points for having complex, interesting characters throughout that are actually gender-balanced. 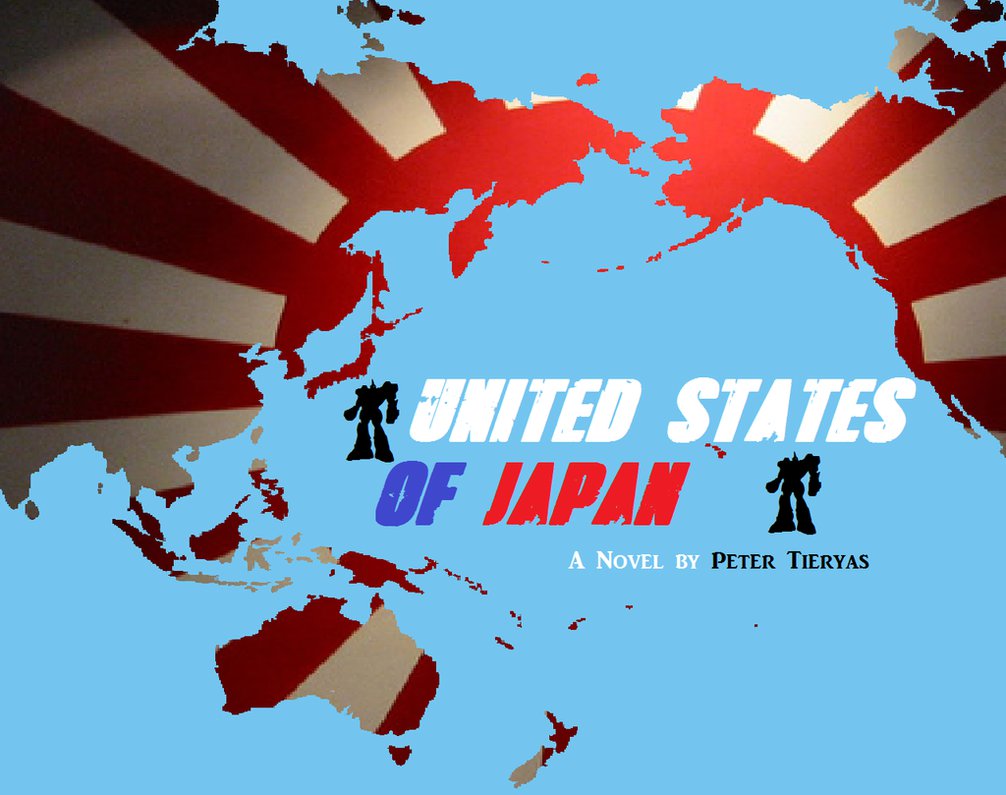 While the characters are fun and insane at times, it’s the worldbuilding here that’s truly captivating. Tieryas goes all-out. Remember that whole, nothing is all good or all bad? Japan continues its human experimentation and eugenics programs, which means that though the book is set in 1988, technology and health have advanced tremendously. Cancer has been cured, artificial limbs and implants and stimulants are highly advanced, better than anything we’ve got today. But again: eugenics, human experimentation. There are far more relaxed attitudes toward sex, but the Emperor is divine, so if you talk shit about him, you’re dead. The hey, that’s cool! Oh shit, but you’d have to do that, moments are many, and they reminded me often of the give and take in our own society, the decisions that must be made for every society to build its shadowy Omeleas. Even and especially our own.

This is what’s so clever about books like this one. Books like USJ perfectly illustrate why we read and write science fiction. They have the ability to pick us up out of our own time, so that when we’re finished we look back at our world with new eyes. When you come back from the USJ you can’t help but ask tough questions about history, technology, and the exploitation of labor here in the USA. You are compelled to turn around and see the USA as it really is, not the way the stories pretend it is… and it leads to you question, again, the stories you’ve been told about the way it was, too. We are all of us living with the bear, the oppressive state, to greater or lesser degrees.

The United States of Japan is one of those books that you think about long after you put it down. I haven’t been able to shake it. This is a darkly fun, clever, and unrelentingly ambitious book. Pick it up and enjoy the ride.

Just be careful about poking the bear.