Half our cauliflowers appear to have been eaten by some kind of fungus, but these two turned out lovely, and we’ll be turning them into a fine cauliflower mash tomorrow. 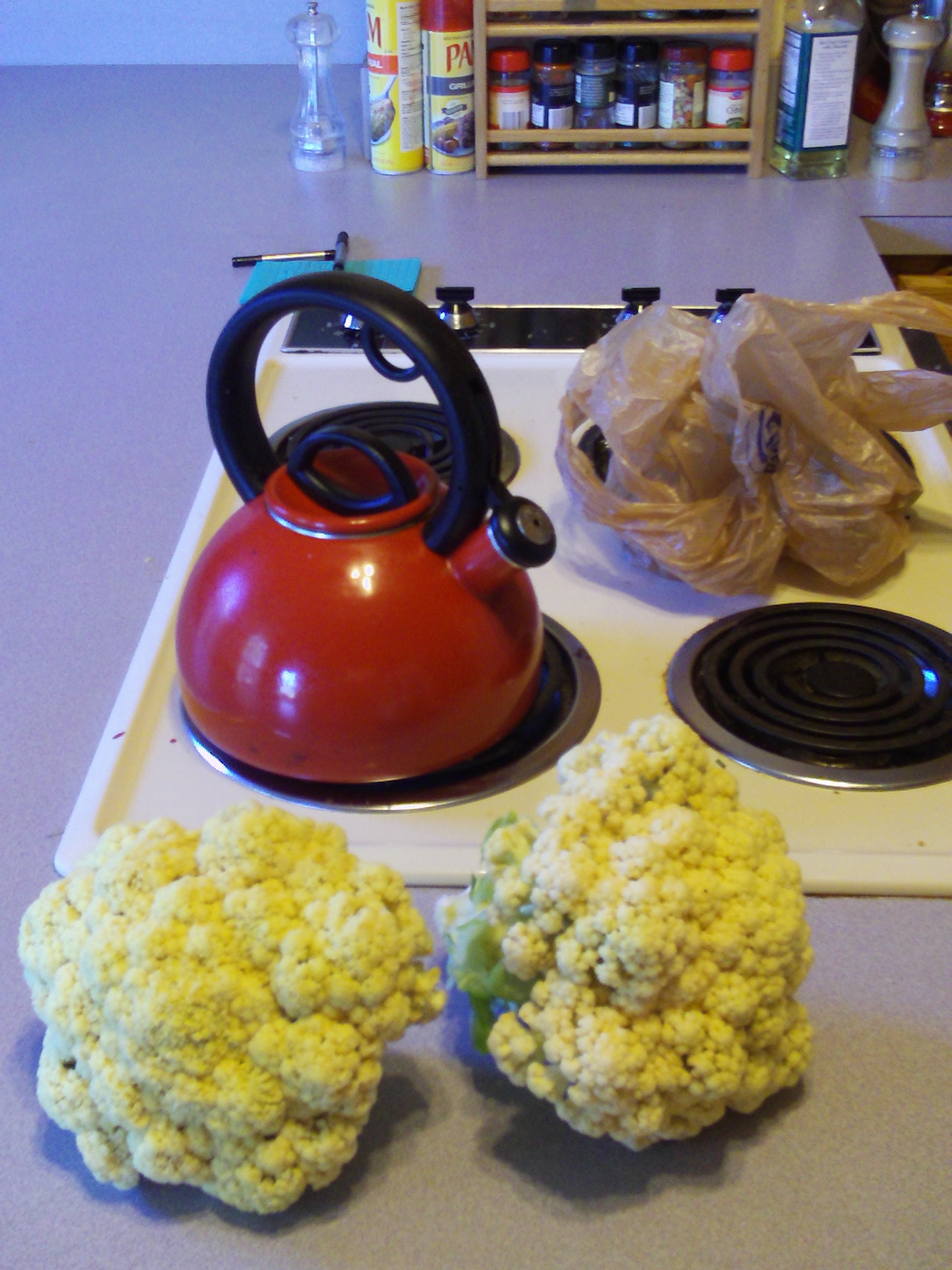 And here’s what our garden currently look like, after harvesting some peas, a tomato, two cauliflowers, and two broccoli (including harvest of broccoli florets after initial head harvest): 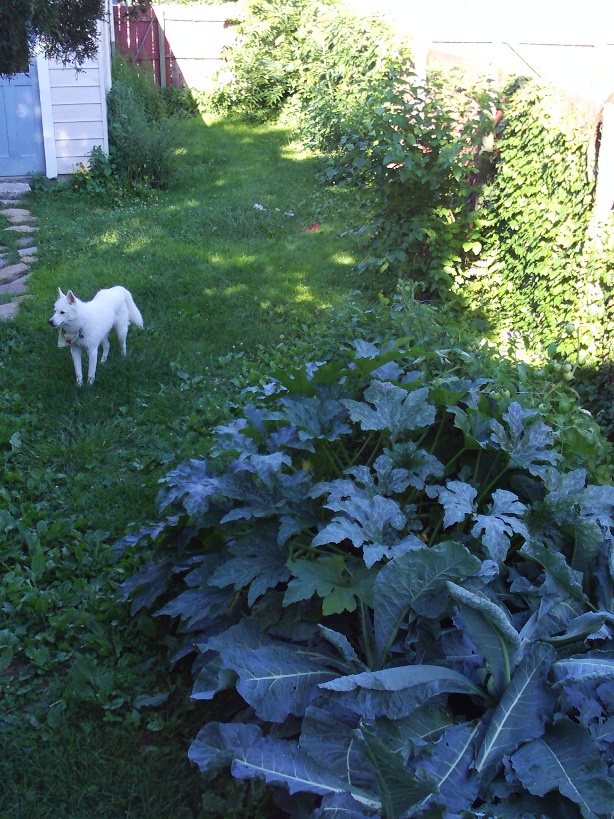 I’ve been growing more keenly aware of where my food comes from (and what it’s actually made out of) the last couple of years. I grew up eating fast food. My parents both worked at a fast food company for 25 years. It was just… what you ate. It never occurred to me that you should eat any differently. I didn’t spend much time in the produce aisle until I was 18 and interested in dropping some weight I’d put on while on the pill. Switching to fruits, vegetables, and protein meant dropping 60 lbs in about 6-8 months. It felt almost effortless.

I’ve read all the books – like Fast Food Nation, The Omnivore’s Dilemma, In Defense of Food – and watched all the shows, like King Corn, Supersize Me, and Food, Inc.I know how we got here. And I know why.

These days, I work hard to eat well.

And, of course, that’s just it – I have to work hard to eat well. Folks who haven’t tried it really don’t know just how tough it is. Fast food, prepared food, soda, crackers, canned soup, frozen meals… these are revolutionary, time saving victuals that make it possible to feed a tremendous number of people on a very small amount of land with 80% of the base made of up just one versatile commodity crop – corn.

And it’s a blessing.

Yes, it’s killing us prematurely, because we have no defense against a double bacon cheeseburger. It sets off all of our primitive pleasure centers. Why not eat them all day?

Because, of course, you’ll die of malnutrition. But you’ll keep doing it, and doing it, like a rat with a way to self-administer cocaine. Giving up carbs is really hard to do. Even before I was sick, I’d get the shakes, and intense cravings. Then there are the visual cues, which are constant. As somebody in marketing and advertising, I know just how helpless we can be in the face of $5.99 single-topping pizza specials, particularly when you’re exhausted after work, haven’t eaten in six hours, and are faced with the prospect of an hour’s cooking time before food ingestion.

It’s amazing that we can feed ourselves so cheaply and easily in this country. Try growing a garden. Try losing half your cauliflower crop to fungus, like we did. “It’s a good thing we’re not relying on any of this to feed ourselves,” I told J. as I pulled out the cauliflower. Our little garden is just for fun. When we get a house with more land, we’ll likely be able to feed more of ourselves with it, but even a “for fun” garden is disappointing when you discover half your land was wasted on crops that don’t feed you.

As sympathetic as I am to the bullshit and poison that’s ended up in our food, I’m also very much aware of how things were before cheap food. Farming is not a fun life. Food doesn’t just roll out of the truck at the end of the day, full-formed. And after you grow it, you know… then you need to cook it. And that takes time. And planning.

On the one hand, the West is addicted to a diet that’s killing us. On the other hand, we spend less than 20% of our income on food and spend less than, what, 10 hours a week? preparing food (on average). As somebody who’s had to rebuild her entire conception of food from the ground up, I’m still sympathetic to the thinking behind where we are today.

There is another way to eat, I know, somewhere between industrialized, corn-fed fake food and fungus-ridden-today-we’re-eating-dirt-grown-your-own-grass food. There are farmer’s markets. Local agriculture. All that jazz. But that doesn’t take into account how people are going to eat during the winter, or those precious spring months when you’re growing what you’ll gorge on come end of summer. You end up eating a lot of turnips and jam and drinking a lot of vodka.

What”s on offer now is so damn good that’s it’s been a struggle to break the pizza-burgers-prepared-food-cycle. Taking that next step – the parsley-at-all-meals-turnips-all-winter step – is something I just don’t know that I can do if I want to continue to maintain a modern lifestyle.

There’s a better way to eat. And I’m still struggling to find it.