I’ve cancelled the rest of my appearances for this year, which I know surprised and worried a lot of people, but frankly, there is a lot of writerly-shit on deck right now, and I keep falling further and further behind. You have to know when to cut off promo and shift into writing hermit mode, and this is that time. So: no more appearances til next year, and no more hours spent being chatty on Twitter until January, which I am announcing here so I will hold myself to this pledge. You may get the occasional post if I feel up to ranting about something, or if I have some announcements, but that’s it.

Folks know that I pride myself on hitting my deadlines, but since we sold GEEK FEMINIST REVOLUTION last year and slipped it into our existing contracted publication schedule, I have just never been able to catch up. Dates keep sliding: a couple weeks, a couple months, and now four months for BROKEN HEAVENS. Note that we have pushed back this release to later in 2017 as well: it was running too close to the release date for THE STARS ARE LEGION and creeping deadlines for that book have interfered with my writing of tBH. I had to push that date way out or risk pushing it out again at the end of every month and then looking flighty. I want to get back to hitting my deadlines like a pro instead of doing that wishy-washy “artist” thing.

When I look out at the crazy that is my life in search of more hours in the day, I find them on social media, where I can easily waste 2-3 hours a day or more. That’s great during promo times, but right now in deadline mode, those are hours I should be writing or reading books.

Lots of folks are like, well, what else are you doing? And folks, you know: I have a day job on top of this wild publication schedule, which eats a lot of time and which I’ve also gotten behind on these last few months. I also have a pilot script I’m working on with a producer (don’t get excited. 99% of these never go anywhere, but it’s a good exercise). I have Patreon stories I need to produce so we can finish paying off Drake-the-dog’s vet bills by the end of the year and still have Christmas.

If you want to help with the vet bill backlog, you can contribute here or via Paypal Donate button below:

—–
I’m also going to take some family trips with my spouse and the dogs and just enjoy life here during my favorite season, because shit, I need a real fucking vacation. I have been grinding hard for the last two years, figuring that a break out was just around the corner. But a novel career is a marathon, not a sprint, and you can’t full-out sprint for two years without injury. So less sprinting, more living.  I intend to take a week or two off through the end of the year for actual rest and vacation instead of my usual working-writing vacation, too.

A lot of folks don’t realize what kind of costs come with trying to build a novel career while holding down a full-time day job. I work constantly, no joke. People always want to know the secret, and working constantly is pretty much it. But you can’t get up at 5:30 a.m. to do promo projects and posts, go to a day job from 8-5, do a couple more writer-related hours in the evening with contracts or reprint markets, spend 10 hours writing on Saturday, and then write columns on Sunday and expect to keep that pace going for years on end without repercussions. I have heard of too many writers burning out, and doing that for years on end is a great way to court burn out. No thanks!

So, my next public appearance will be ConFusion in January of 2017, and that will kick off an epic year of traveling. I’ll be a Guest of Honor at Swecon in Uppsala, Sweden and am attending WorldCon in Helsinki, as well as Gencon. I also have TWO books out next year, so hey, wow, yeah. I need to prep the fuck up for what is going to be a wild 2017.

So I will be largely absent from Twitter and ye olde blog, but you may find me making appearances on Instagram or posting scheduled content. But I won’t be interacting as usual.

That said, if there are any GRAND NEWS REVEALS, or new Patreon stories, I’m sure I’ll pop in and let ya’ll know.

Now, to the word mines! See you in January, unless there’s some good news before then.

Need to contact me urgently? Well, you know where to go.

P.S. Also we have this new dog, Indiana! And who wouldn’t want to spend MOAR TIME with this cute hamface of a dog? 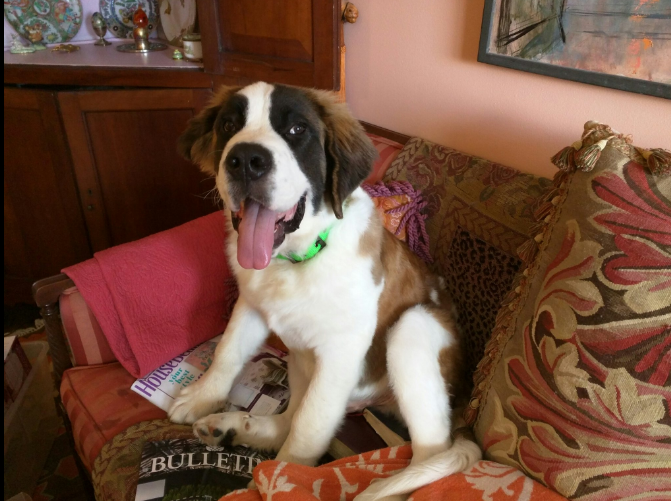