On Public Speaking While Fat

I admit that looking at pictures of myself the last couple of years always involves a bit of dissonance. Since God’s War came out and I switched to a job that no longer requires me to bike into work every day, I have – as has happened to many writers – put on about 70 pounds. This is easy to forget when you work at home a lot and don’t go out much. There are perfectly good reasons for this gain, as my metabolism is super efficient; I come from a long line of overweight people with a host of immune disorders who could, however, survive famines quite well. Folks often ask me how I can hold down a day job, freelance, and write a book a year. The answer is quite simple: I roll out of bed and I write. I am sitting in bed, right before I got to sleep, and I am typing away. My life has become a constant war with deadlines, trying to maintain momentum during book releases.

I’ve worked at hacking the fitness of this – I’m writing this post right now from the comfort of my treadmill desk – but the hard core two hours a day I used to do is just something I’m not able to do and still write 1500-3000 words of fiction related work and associated blog posts I do every day. I hope to find that balance eventually, but the last few years have been hard.

The funny thing that people don’t get when they see me living it up at cons is that I have, in fact, always been considered fat. From the time I was 5 years old, people told me I was fat. I was a size 14 in high school, and people told me I was fat. I was working out two hours a day when God’s War came out, eschewing ALL THE CARBS, and at 220 lbs, I was, of course, fat. And the thing is, when you’re fat at 220lbs, you’re still fat at 290lbs. There’s not a whole lot of societal difference.  You maybe get hit on a little more at 220 than 290, but that’s about it (I suspect folks knowing I’m monogamously partnered has also reduced that number as well, thank Prime).

I have done a lot of broken things trying to get back to that 220, including calorie counting, which ended disastrously. I lost 25lbs, sure, but the minute I stopped, I gained it all back plus 30 lbs, which is what’s put me over the edge with those airplane seats; my time at the treadmill desk and indoor bike desk is all about fighting to keep me under the weight at which I can no longer fly. I knew better than to calorie count like that, but was feeling the societal pressure to punch back down a size. That was a mistake. 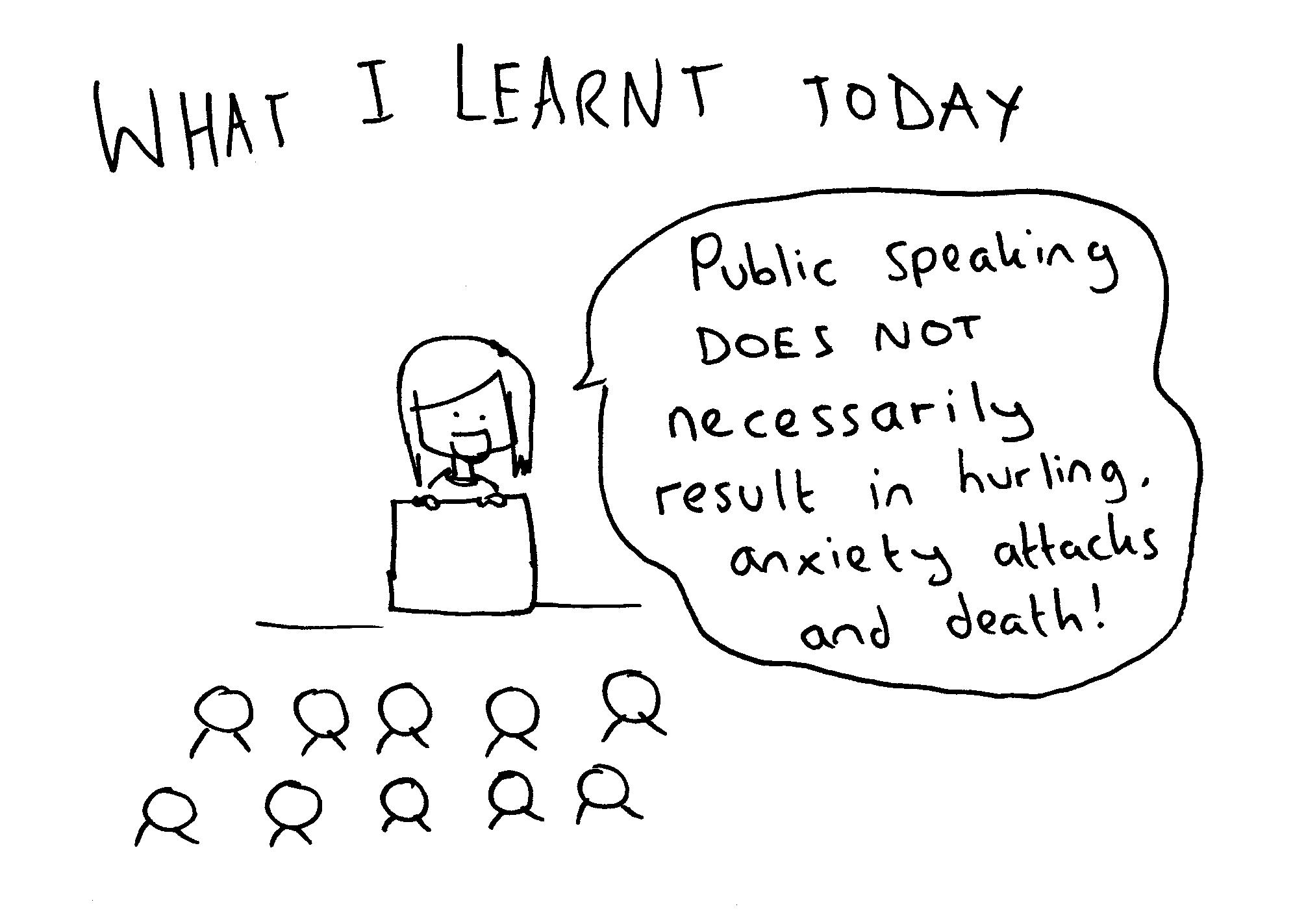 When people come to me about fears of public speaking while fat, about heckling, about online harassment, I feel it necessary to remind people that I got the same amount of harassment for being “fat” at 220 as I do at being “fat” at 290. As a woman, you are always going to be fat. People are always going to trot that one out to try and insult you, like taking up more space in the world, as a woman, is the absolute worst thing you can do.

Which I, of course, find hilarious.

I was talking to a feminist writer/reviewer at Readercon, who said she was actually reading my blog back in the early days when it was called Brutal Women, and she’d found it via the guests posts I did at Big Fat Blog, which I participated in very, very early in my online life. I have always considered fear and hatred of taking up space as a feminist issue, as it’s so often used to shame women, no matter what their actual size.  It’s something I was acutely aware of when I signed up to do conventions this year to promote The Mirror Empire.

Having gained and lost the same 80 lbs three times in the last 15 years, I can honestly say I’m familiar with that first hand. The only time I’ve ever been praised for my weight repeatedly was when I was dying of a chronic illness, which winnowed me down to a (still considered “overweight”!) 170lbs. I’ll never forget my mother on the phone with my dad, having just gotten me out of the ICU, telling him how great I looked because I was so skinny (!!!).

Something broke in me after that comment, I think. When I pulled on my size 12 pants and they were loose, something I’d not experienced since the 5th grade, all the feels washed over me – how fake this all was, how our success was measured in the width of our asses, how my worth went up only as I lay dying.

I vowed from that moment on, crying in my too-big pants, that I would never, ever ever beat myself up or hate myself for being fat ever again.

This does not mean I don’t occasionally feel anxiety about public events, and I don’t occasionally wince at pictures and feel a moment of dissonance – afterall, we’re not used to seeing fat people represented positively in media, and my brain wants to rebel. But that fear and hate, that internalized fat shaming and body hatred I had growing up – I’ve learned to reject that outright as bad programming.

Doing this – fucking the programming – is actually really freeing.  It means I can stand up at a reading and give a performance in a loud, snarky voice. It means I can sit on and moderate panels without fear. Because I know how fat shaming works. I know that if somebody wanted to try and shame me using the “fat” call-out, the same person would say that whether I was 70lbs lighter or 70lbs heavier.

I can change all I want, trying to contort my body in all sorts of ways, but those people, our society, will stay the same. They will always, always try and burn you down with some half-baked call of “cunt” or “fat” or “insert female-gendered slur here.” And, just like the fact that I have a cunt is not likely to change, the fact that I take up a lot of space in the world – no matter the range on that massive sliding scale – is not going to change either, unless I’m dying. And I’m sorry, my friends, but I have no intention of dying so people can sit around saying how “good” I look. Fuck you.

So for folks who fear having a large voice, especially those of us who’ve grown up with bad programming, I can say this: just like with everything else, yes, you will have to be smarter, and work harder. But don’t let societal bullshit keep you down. It’s made to stop you from speaking. It’s made to get you to shut up, and stay home, and take up less space in spaces men consider “theirs.”

As with any other feminist issue, this one is meant to get you to stay home and shut up. When you view it that way, when you see it for what it is, it becomes, I think, a bit easier to step up and step out, because you realize that in some small way, you going out into the world when it wants to shut you up is, itself, an act of resistance.

Many women-identified people worry about heckling, about pointing and shouting “You’re fat! You’re not a real woman! You’re stupid! You talk too much!” and I get that the pain and fear and sorrow over that can be too much. But being in these spaces, and being heard in them, is vitally important to changing these conversations, to challenging the narratives about our worth, and what we say, and what we think, which have been created by others.

Go forth into the world, retreat when it is too much, but know that when you stand up to be heard, and be counted, you’re doing your own part to change the narrative, and in doing so, to change the world.

I promise I’ll be standing there next to you.