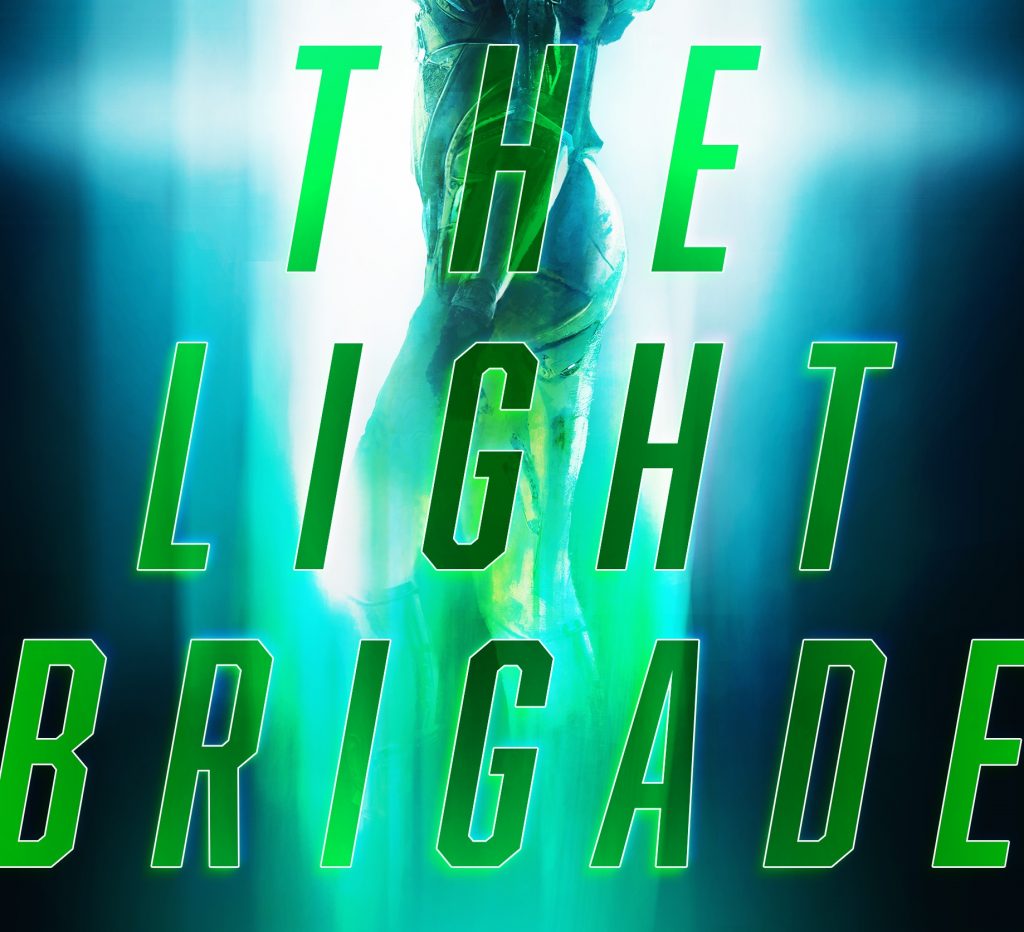 Here’s an EXCLUSIVE first look at my new novel, THE LIGHT BRIGADE out March 19, 2019. For Hurley’s Heroes subscribers only! Enjoy.

They dragged the insurgent out of the ruins of Saint Petersburg. Ash danced in the sky. The insurgent had the bruised knuckles of a fighter, and broke a soldier’s nose: crunch and splatter of blood and snot. When they finally got the insurgent to the ground, they heard a terrible howl: not one of fear, but of triumph.

“You poor ageless grunts,” the insurgent said, showing teeth: one rotten incisor, a chipped canine. “I’ve been waiting for you.”

They said the war would turn us into light.

I wanted to be counted among the heroes who gave us this better world. That’s what I told the recruiter. That’s what I told my first squad leader. It’s what I told every CO, and there were . . . a couple. And that’s what I’d tell myself, when I was alone in the dark, cut off from my platoon, the sky full of blistering red fire, too hot to send an evac unit, and a new kid was squealing and dying on the field.

But it’s not true.

The enemy had eaten my family and the life I once knew; a past I now remember in jerky stutter-stops, like an old satellite image interrupted by a hurricane. I wanted to be the light: the savior, the hero, sure.

But more than that, I wanted the enemy obliterated.

How many other corporate soldiers signed up for money, or voting rights, or to clear a debt, or afford good housing, or qualify for a job in one of the big towers?

I believed my reasons were nobler. 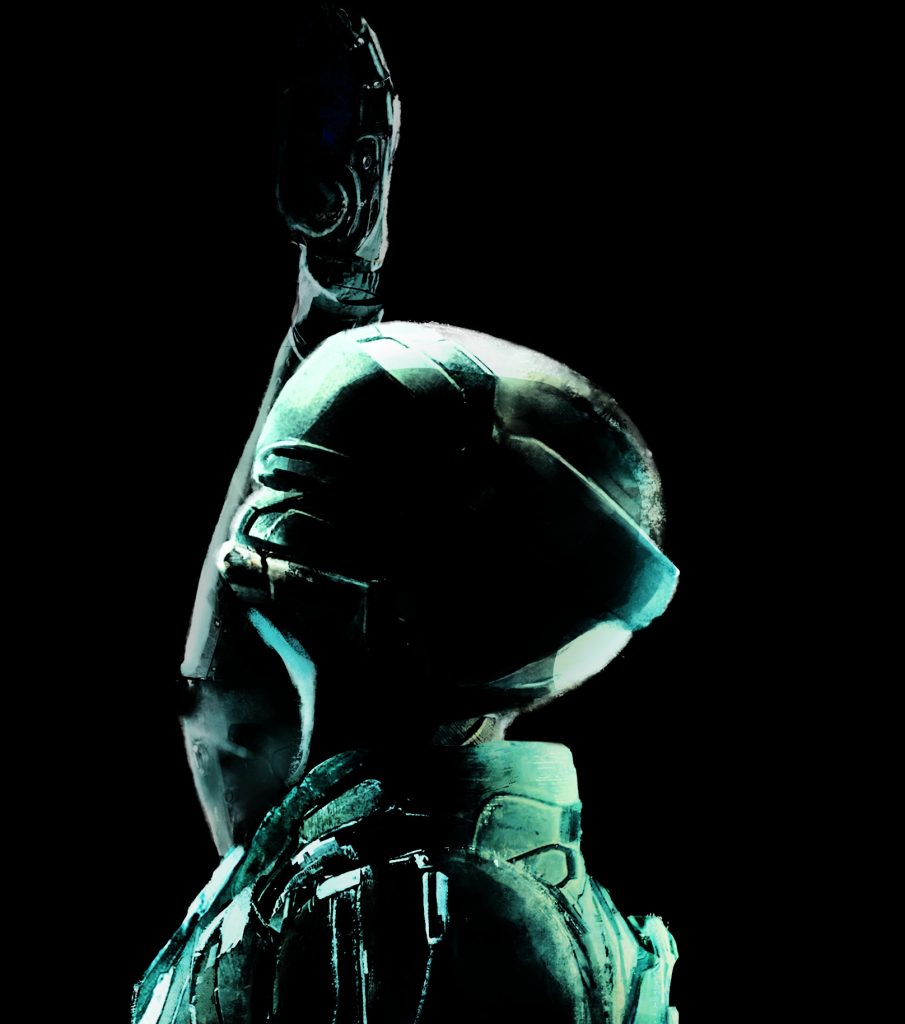 You were cowardly little shits.

I didn’t think about what would happen after I signed up. Or who I would need to become. I thought the world was simple: good guys and bad guys, citizens and ghouls, corporate patriots and socialist slaves.

You were with us or against us.

I was at a party not long after the Blink, drinking a jet-fuel tasting concoction out of a pulpy compostable bag, when a kid from my basic education class wandered over. I’d signed up with the Tene-Silvia Corporate Corps with six friends, four of whom shipped out immediately. Me and the other two, Rubem Mujas and Andria Patel, managed to make the party. Rubem had gone inside, probably to pass out, leaving me and Andria on the lawn to answer everybody’s questions. Andria was in high spirits. She didn’t drink alcohol; her good cheer was all coltish excitement over our new career.

“You get a signing bonus?” a snaggletoothed kid asked. “They give you citizenship on the spot?”

Andria laughed outright. Pushed back the heavy cascade of her black curls. Freckles smeared the apples of her cheeks. I remember thinking she was thin, back then, leggy and athletic, but I hadn’t seen what true starvation did to a person, not until later.

“You have any other family but the ones they blitzed?” asked another girl. I knew her from basic physics class, one sponsored by Teslova Energy.

“Be kind,” Andria said. “The war has taken a lot from all of us. I look forward to bashing in alien heads.”

“I heard they’ll teach you eighty ways to kill a man,” the snaggle-toothed kid said, “when you get to Mendoza.”

“I heard they were human once,” the girl from physics said.

“Bullshit,” the other kid said. “No human would do what they did to São Paulo.”

“They’ll take away your name,” said a tall guy coming over from under the balloon of the main party tent. “I bet that’s the biggest advantage, for a ghoul like you.”

I grimaced. Franklin Kowalski outweighed me by over twenty-five kilos and was almost two meters tall; I had to kink my head up meet his look.  He had beaten me out for first-string quarterback two years before. All the streams preferred faces like his, the coach said, and the corp. could only justify an American football team if they kept their viewership up. I could play second string. I told the coach to fuck herself and played two years of rugby instead, until the Blink. I didn’t like people telling me what I could do.

Ironic, then, signing up for the goddamn military.

“I hear they eat the rich in the corporate corps, Frankie,” I said. “I’m sure you’ll be delicious. Why wait to sign up?”

“Already did,” he said. He hooked his big thumbs in his pockets and gave a wry little smile, the one I knew preceded the word-vomit of some shitty-ass thing he’d just thought up.

Andria rolled her eyes. “I’m going to check on Rube,” she said. “He’s probably vomiting into a messenger bag.” She reached for my sleeve, but I stepped away from her.

That was Andria – always looking after me. And me? Always self-destructive.

“You know you’ll have to fight the aliens,” I said, before Frankie could get a word out, “not just fuck them.”

The snaggle-toothed kid snickered. Andria made a moue and got very still. The girl from physics got all big-eyed and turned abruptly and marched back to the party tent. She was probably the smartest of us all.

“Didn’t they call your dad Mad Dietz?” Frankie said. “The one Teni had reeducated four times? I heard they sold him off to Evecom for stock options.”

“Go fuck yourself, Frankie,” I said.

He leaned over me, faster than I expected—I was a couple drinks in—and mashed his tongue against my cheek, leaving a long tail of gin-soaked saliva. I recoiled, so startled I froze. I’d think about that moment a lot, later. I’d wonder what I should have done immediately, instead of freezing like a dumb kid. In some other time line things went differently. I would have broken his nose, kicked out his knee cap—all in an instant. It’s what a soldier would have done, what I would have done, later. But I didn’t know anything about proper fighting—just the grappling we did on the field. I hadn’t been conditioned for violence. I still had to be provoked. If I’d acted differently, I wouldn’t be me. We wouldn’t be here.

He ducked away, laughing. “You keep dreaming about that,” he said, “you little fucking grunt.”

I leaped at Frankie in a full tackle. The smile fled. He went over.

Yells from the crowd. Some cheers. Smell of grass and dirt and the chemical tang of fertilizer. Frankie slobbering, spitting at me. I shoved my elbow over his throat.

“Fuck you,” he said, and punched my temple.

A flash of bright light. Darkness juddering across my vision. I swung, but he was already up on his hands and knees. I tackled him again and bit down hard on his left ear.

He screamed and clawed my face. A hunk of his ear came away. I tasted coppery salt. Spit the chewy bit of flesh. 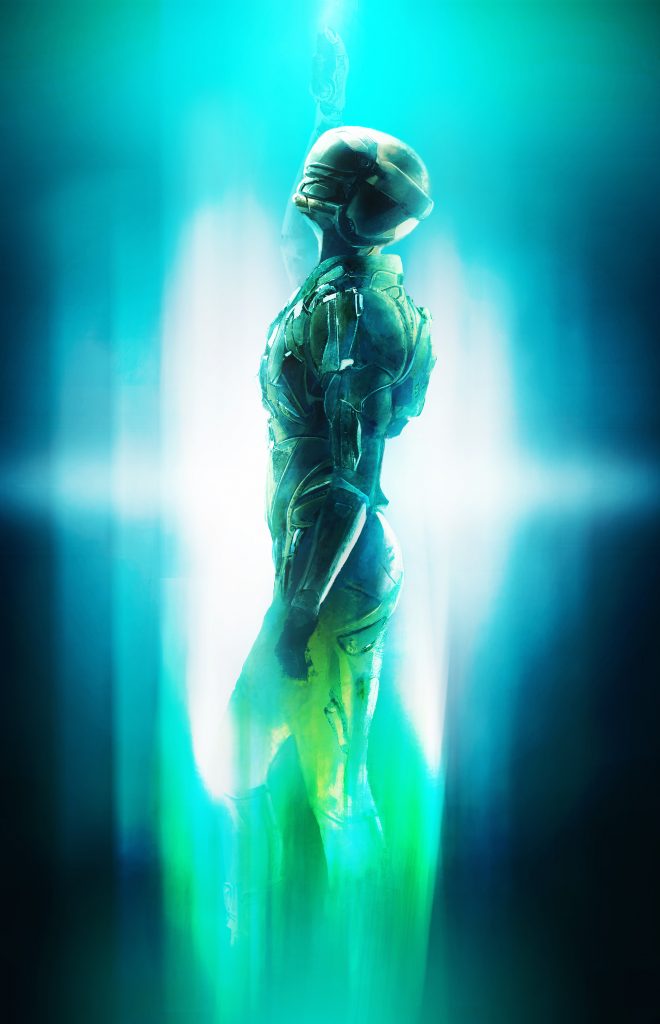 Somebody grabbed me then, many hands pulling me away and dragging Frankie up. The world spun. The thump-thump of the music inside beat in time to the throbbing in my head. My face was wet. He’d busted my nose. The wet was blood. I bared my teeth. I spit up my blood and his. I raised a fist at the sky, blotting out the distorted specter of the moon. A great chunk of the moon was missing, had been for nearly a year. It still took some getting used to, that silhouette with the blinkering satellite of debris spinning around its equator. It had rained hellfire for weeks afterward, each shattered piece hurtling toward Earth like a nuclear warhead.

“You keep your eye up there,” I yelled at him. “That’s where I’ll come from, when I kick your ass.”

“They only took you because you’re a ghoul,” Frankie said. “You’ll be dead your first drop.”

The BLM—Business Loss Management—squad showed up, fit men and women wearing Kevlar and riot glasses, Tasers already out. They swarmed us from the mouth of the tent. Andria ran, probably to grab Rubem. I didn’t blame her.

“Shame,” said the woman who zip-tied my hands. She turned the recording feature on her riot glasses off. I winced. The glasses were meant to reassure us that the agents weren’t using personal retinal displays to record encounters with us. Personal retinal displays were worn as external lenses in the eyes; they were almost impossible to detect unless actively streaming data across the eye. I’d been a ghoul long enough to know that a BLM agent turning off her external device was often prelude to a good beating—or outright death.

She leaned over me and whispered, “Shame to get worked up with your whole future ahead, huh? You want to be a soldier?” BLM’s all had face recognition built in to their riot interfaces and a direct line to our files. She no doubt knew all the intimate details of my last relationship and where I took a shit this morning.

I kept quiet. Never talk to the BLM unless they invoke the Corporate Disclosure clause in your residency contract. My mom had drilled that into my head after we became residents of Tene-Silvia. She and my father had worked their asses off to get us all attached to a corp., but it came with a whole new set of rules. Those rules were probably why I wasn’t getting beaten up or murdered like I would have if this shit had gone down ten years before.

“We need good kids up there,” the BLM agent said. “You’ve gotta figure out what side you’re on. Don’t waste your life here, kid. The fight’s on Mars.” She turned her recorder back on.

I wanted to be the hero who would have known exactly what to do when Frankie pulled his bullshit that night. The sort of kid who had a family to go back to, after that party, instead of a dorm for unaccompanied minors. The sort of kid who was driven by more than some dumb gory oath of vengeance. I didn’t care if signing up killed me because I didn’t understand what dying was, then.

Be a hero, I thought. Get revenge. End of story.

But that’s not really living.

I had no idea why living mattered at all, after the Blink.

Not until the end.