Why Being “Good” Isn’t Good Enough

When I was a younger writer, I was obsessed with figuring out whether or not I was “good.” At most writing workshops I went to, from 14 onward, I was always the best or, at least, most experienced writer in the bunch. I’d been writing fiction and studying fiction since I was 12 and sending it out for publication since 15.  It got very frustrating. When you’re in a group of people where you’ve got the most experience, you’re less likely to learn things unless you’re teaching others. And let’s be real – nobody wants to learn anything from a cocky 16 year old who knows how to polish a sentence.

So this yearning remained – I wanted somebody who was good, really good, way, way more experienced than me – to tell me I was good. To reach out and pluck me from the fray and shake my hand and go: YOU ARE THE ONE.

Growing up on a lot of fantasy and science fiction novels often means lying awake at night hoping that you, too, are special. That you’re not just another mewling meat bag scrambling to achieve a livable wage and mortgage. Everybody thinks they could be Lessa from Pern, Alanna of Trebond, Ender Wiggin, if somebody just gave them a chance. If somebody just noticed them.

One of the rudest awakenings I had was when I went to Clarion West, and one of the instructors something to the effect of, “Listen. I’m not going to coddle you all and tell you you’re talented. The fact that you’re at Clarion means you’ve achieved a certain level of good. So let’s move on from that and start working toward being better.”

I remember preening at this because it was the first time a professional writer ever said I was good. Thing was, so was everyone else in the class. And in every other Clarion class.

That’s a whole hell of a lot of “good” writers. And that wasn’t even touching on the number of “good” pro writers.

Being one of the talented masses is certainly one step up from being one of the untalented masses, but let’s be real – there are a whole lot of talented masses. After Clarion I’d go to the book store and pick up books and rage because so many of them were no better or worse than anything I could write, I thought. What made them special? Why were they published and I wasn’t?

I learned, after a while, that when you reach a certain level of “good” being published or not sometimes comes down to sheer luck. Did you write a “good” story that happened to fit the word count the magazine needed that month? I did. It’s how I had a story published in Talebones. It turned out it was an acceptable level of “good” and met the 3,000 word hole that happened to still be in the issue that month.

I got to thinking about “talent” and the need for somebody to acknowledge it recently when I was corresponding with some younger writers. I remember how important it was to me, for somebody to tell me I was good. There are writers far younger than me writing stuff that’s far better even than what I’m writing now. And I look at these writers in their early 20’s and think: oh lord, hang on. 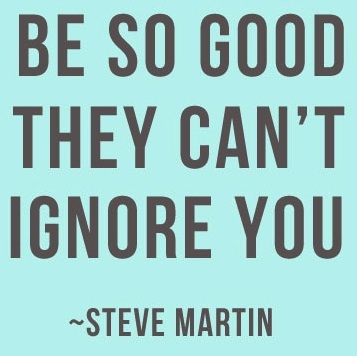 Because I have to tell you – being good, being talented, is the easiest part of this business.  That’s just when things really get started.

I find myself fearful that these young, talented, passionate writers will get ground up and burn out before they’re 30. Because though as a younger writer I obsessed about talent, and being good, what I learned in my mid-twenties after 10 years of sending out stories for publication and a couple of novel rejections was this: you should be just as worried about endurance as you are about talent. And you should be far more worried about how to go from being “good” to being “genius.”

This business is rough on talent. Even folks who magically hit it big, monetarily, with their first effort out often drop off the face of the map within a book or two. Sure, some of this is that these folks only had one book in them. But more often, it’s because the scrutiny is too much. The backend business is tough – sales, marketing, and tons of distribution issues that aren’t anything you can control. And then there’s the reviews and online harassment and the constant speculation from strangers.

If you get wound up too much in that, you forget all about why it was you wanted to write in the first place. Nobody is out here waiting for you, to bask in the glow of your genius. Many more are quite happy to rip you down and shit on you.

I know a lot of writers who not only don’t read their reviews, but who opted out of the social media and convention gathering spaces all together, for their own sanity. I don’t blame them in the least. If it saves their careers because they can concentrate on the work instead of the bullshit, more power to them.

Yet I can’t help but find myself scrabbling, because I know that though I’m good enough to see the occasional piece in print, I’m not epic enough to let off on the gas. Because as I said before, there are a whole lot of us who are good. So many I can’t expect to ever know them all, let alone read all their books. And if I can’t read all their books, readers can’t either. It means we’re competing for readers’ time, and competition means you need to not only be good, but exceptional. You need to be the best. You need to tell exceptional stories in exceptional ways, or you need to be good and loud, so you can cut through the noise.

I’m not terribly good at being loud.

Which means I have to spend a fuck of a lot more time working to be exceptional.

It means you have to work harder. It means you need to be eight times as good as everyone else just to stand out. It sucks. It’s challenging. It can wear you down. But I handle this in the same why I did my old rejection slips:

To deliver on that promise, of course, means I need to wade out of being just “good.” Being merely good isn’t going to get me far. There are lots of good writers.

What will lead to success, for me, is being an amazing writer. Working so hard to get so fucking good that it’s harder to sweep under the rug. I recommend this to every writer, not just the young ones. Yes, being good is fine. Yes, congratulations. Go you! Rah-rah.

But being good is only going to get you so far. Maybe you’ll publish a few books and stories. But to build a career you need to be hard-headed, you need to endure.

And, importantly – you need to be better than just good. 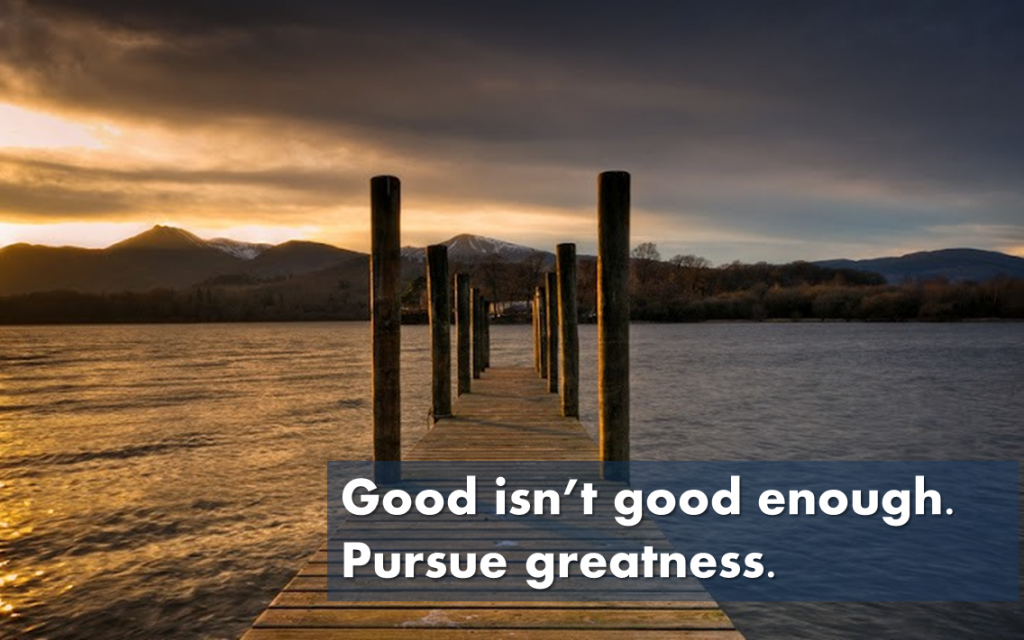