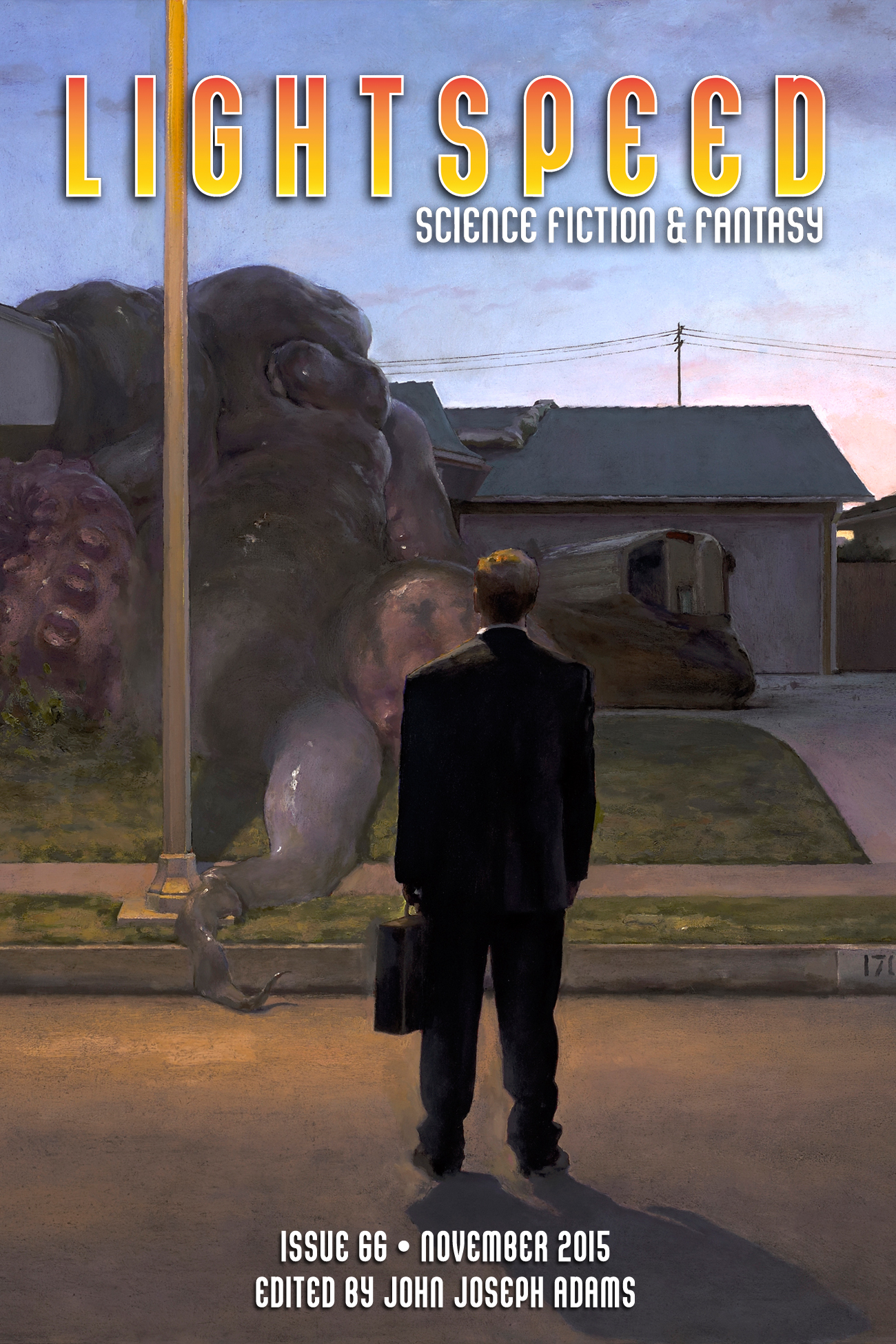 “The Light Brigade” began with an unlikely inspiration: World of Warcraft. From there, it became a story about a futuristic war in which soldiers are turned into conscious light in order to get them to the front faster. It was published (ironically enough) in Lightspeed in November 2015.