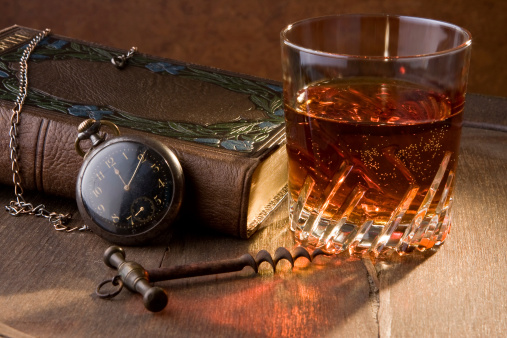 As those of you who pre-ordered The Broken Heavens likely already know, the release date has been pushed back from October to January. I know that seems like a lot because that extra month there at the end pushes it into 2018. But I promise the book is coming along! Alas, my usual “write a book in a week in the woods” strategy didn’t work for this one, so I’m still slogging along every week. I’m also writing a little most days on it to try and keep the momentum going instead of just binge writing on weekends. I have another book backed up behind this one (which was pushed out to 2019 for internal publisher list reasons unrelated so yay I’m doing fine!), and then I’m free to write something on spec. What that thing will be, I don’t know, but I’m already looking forward to writing it.

While authors aren’t pleased to push back release dates either, the truth was I simply didn’t have a book. Like, if I’d had 100k or something, that would be something… but. I didn’t. I barely had enough words to count as a novella, let alone a novel.

Like a lot of folks, I lost a couple months last year adjusting to this new, very surreal timeline. My day job suffered in the same way, with me barely able to scrabble along. But even then, based on my writing schedule and the amount of words I can churn out when I need to, I still had time. When I spent my week in the woods between day jobs pounding out the words and assisting with the last transitional stuff for the old day job, I re-read Rachel Aaron’s “2k to 10k” trying to figure out why I wasn’t making word count like I usually did.

There were two big issues: the first was that I had no excitement whatsoever in the writing, scene by scene. Some of this is because my agent and I had to aggressively outline this one to keep all the timelines (and worlds!) straight. I’m a discovery writer, and I found myself plodding through the scenes going, “OK, this happens, then this happens, then this happens,” which was drudgery. The second was something that both Aaron touches on in the book and something my agent mentioned, which is that maybe there was something broken in the book that my subconscious knew but I didn’t. I’ve gone back already and painfully rewritten several scenes from different POV characters, because I’d broken the golden rule of telling a scene from the POV of the character who had the most at stake in the scene.

I write for a living at my day job, so I know I can crank out any old thing to deadline if I have to. But I don’t want my novel writing life to be like my day job. While writing will always be work, I want to at least feel some joy and excitement about the work sometimes, and frankly – I haven’t been feeling anything but panic for a couple years straight now. Even the money wasn’t super motivating this time. You start to wonder why you’re doing something you don’t love now that all your basic needs are met.

And, of course, the word that kept bubbling up whenever I’d talk about this with other writers was the one whispered often in writer circles, and that word was “Burnout.” This is the eighth book I’ve written since 2011. Since last year, I’ve also started putting out a short story every month. And I’ve done that all while holding down a job in marketing and advertising. While I don’t consider that to be super prolific compared to some of my peers putting out two, three, five(!) books a year, the writers who do that are generally fulltime authors. I’m not. Keeping up with all of this has been difficult, and I’ve known for some time that my pace just isn’t sustainable. In conversation with a colleague sometime back, they noted that I was showing all the classic signs of an imminent burnout.  “Something has to push,” they said. “Writers where you are either quit their day jobs or take a couple years off or drop out all together.” I, of course, didn’t want to do any of those things.

I recently read about a writer who took five years away from their day job while their spouse worked and wrote a novel that then broke out and hit the bestseller list. This story made me irrationally angry, because it’s the story of a lot of full-time writers I know, and it’s just not an option in my situation. I do like what I do at my day job, and I’m very good at it, and I’m compensated appropriately. For better or worse, I carry a lot of weight doing the money generation, and while it’s cool to have marketable skills, in practice it means you are working all the time. I was up at 5:30 a.m. again today to work on this post, and up at the same time yesterday, and last week, to review contracts, work on Patreon stuff, revise Broken Heavens chapters, etc. etc. You get really tired of working and all you want is to take six months off and go hike the PCT.

This was a big reason I pushed out The Broken Heavens the first time – I wanted to take a couple months away from the grind and recharge. Alas, those recharge months happened at the same time as the election, and of course, I was simply going from two full time jobs to one, not actually doing nothing. So much for recharging.

As I told my agent, I’ve been churning hard the last two or three years in particular because I kept feeling like a breakout book was just around the corner. I could feel it. The Geek Feminist Revolution had a ton of amazing buzz and huge reactions when I’d do events. It did OK! It even got nominated for a Hugo! But: not a breakout book. You hold your breath every time a novel is released, giving it everything you’ve got to get it to earn out, and hopefully break out. The Stars are Legion is selling well, getting great reviews, and yes, the audio book is now finally out! But again: it’s not likely to save me from having to work full time and have a simultaneous novel writing career either. I like money, I like health insurance, and our society – especially the current one – is not set up to support that long-term for novel writers. I can’t rely on health insurance that’s constantly in danger of getting yanked away by a regime change.

So here I am, writing 1100 words at 6am, now, that’s basically just, “Hey, sit tight, the book’s pushed a bit,” and “hey, audio book is out,” and “hey, I’m still making lots of great stories, including one that was just accepted by Apex Magazine!” and “hey keep writing, because we could all die in nuclear fire tomorrow!”

Living the dream, my friends.

I realize that a lot of the reason I haven’t been blogging as much here is twofold (threefold): I just came off writing a lot of articles for the Stars are Legion tour, and do most blogging now on Patreon for $10+ backers. The second is that, frankly, the sorts of “problems” one has at this level as a pro writer are the sorts of “problems” that I WISHED I had as a n00b, and I’m fully aware of how it comes out to hear, “Boo hoo so many people want me to write books for them I can barely keep up!” and “Boo hoo I just want to sit on the porch and drink!” (doesn’t everyone? etc).