MIRROR EMPIRE Blog Tour is Upon Us: Here’s What to Expect

So, I have this little book about blood mages, satellite magic, flesh eating plants, and the end of the world  called… THE MIRROR EMPIRE.

In celebration of the massive launch of this massive new epic fantasy series, a bunch of folks have been kind enough to host me at their places over the next four weeks. If you’re someone I owe content to, do take a look at the list below and forgive me if your post ends up getting sent the night before. It’s going to be a wild ride!

Here’s where you can find me:

8/19 “On Invisibility and Assumptions: Finding Distance in Writing About Chronic Illness” Hosted by SF Signal: Special Needs in Strange Worlds

8/26 “My Favorite Bit: These Aren’t Your Typical Ents” Hosted by Mary Robinette Kowal

8/26 Barnes & Noble Promo Begins! Find out How to Get EMPIRE ASCENDANT (book 2 of the Worldbreaker saga) FREE! Hosted here at kameronhurley.com

8/27  “Thundercats Ho: 5 Things I Learned When I Stopped Worrying About Genre” Hosted by SF Signal

8/28 “The Big Idea: When the Enemy’s Face is Yours” Hosted by John Scalzi

8/28 “Building Fantastic Cultures: Beyond Dwarves and Elves” Hosted by Over the Effing Rainbow

8/29 “Creative Creatures: Not Your Typical Houseplants” Hosted by The Quillery

9/1  “Tough Cookies: On Dealing with Criticism” Hosted by the Waystone Owl Reviews

9/2 “Not My Country: 5 Things I Learned About Worldbuilding from Traveling Abroad” Hosted by Violin in a Void

9/2 “My Superpower” Hosted by Skiffy and Fanty

9/3 “Beyond He-Man and She-ra: Writing Non-Binary Characters”Hosted by D. Franklin

9/4 “There is No Genre, Only Story” Hosted by SFF World

9/8 “My Murder Board, Let Me Show You It: Plotting an Epic Fantasy” Hosted by Bristol Book Blog

9/9 “The Epic POV: How Many Characters is Too Many?” Hosted by Brian Staveley

9/9 “Drink Me: The Hotel Horror Story, and Where Ideas Come From” Hosted by Charlie Stross

9/10 “Surviving the Game: Writing as Business” Hosted by Chuck Wendig

9/15 “Deconstructing Raisa: How I Built the World of The Mirror Empire” Hosted by My Bookish Ways

9/17 “On Making People Care: Storytelling in Fiction vs Marketing” Hosted by A Fantastical Librarian

9/18 “The Writer Who Struggled to Read: On What Makes a Writer” Hosted by Barnes&Noble Book Blog

9/19 “The Story Behind the Story: Mirroring an Empire” Hosted by Upcoming4Me

OFF TO THE HERMITAGE for me! 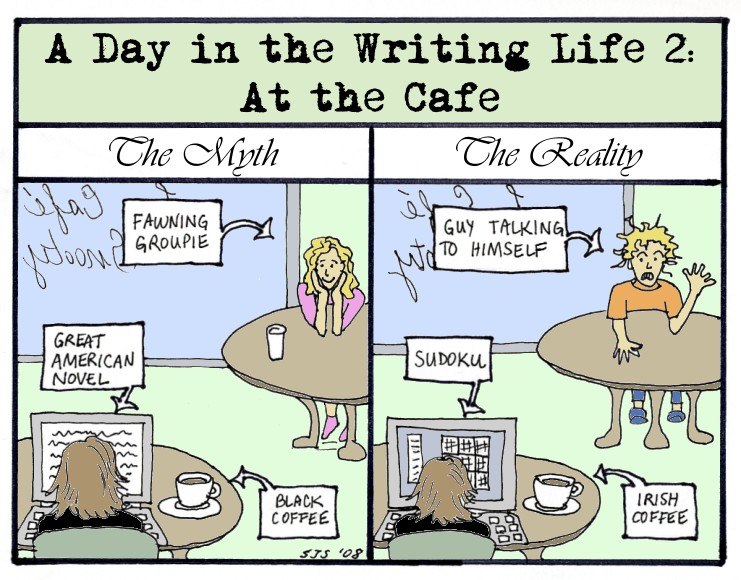