Rage Doesn’t Exist in a Vacuum, or: Understanding the Complex Continuum of Internet Butt-Hurt*

I once stood at a bus stop in Durban while two young, drunk men murmured sexually explicit threats and promises to a young woman standing next to me. It was just the four of us – the woman being threatened, me, and the two perpetrators.

South Africa is not the world’s safest place, though with how often folks pull out guns to solve disagreements in the US – legally! – now, I’d argue it’s not so safe here, either. In any event, I kept my mouth shut. After all, they weren’t threatening her with an actual weapon. They were just talking about all the sexual things they wanted to do to her.

It didn’t concern me.

I didn’t want to get knifed, or attacked, or threatened in kind. Who wants that?

But after a few minutes, when they didn’t seem to tire of their threats, but instead kept at it, I finally lost my shit.

It was a fantastic losing-of-the-shit, because I’d spent the last six months hurrying back to my flat before dark, being told by every well-meaning person I knew that there were evil men waiting to rape, mutilate and murder me – maybe not even in that order! – even in broad daylight. I had one guy in a car slow down once on a sunny Sunday afternoon on the hill just outside the university where I was walking alone, who told me I best not walk alone, and best get inside, because people were likely to jump out of the woods and haul me off to the terrible fate all young white girls traveling abroad are assumed to inhabit, eventually.

I’d spent some time getting cat-called, yelled at, and solicited, though most folks in Durban were in fact quite lovely. In truth, I was to receive far more direct threats and harassment as a young woman living in Chicago than I did in Durban.

To an outsider seeing my screaming meltdown at these two men, in which I raved and shouted and told them how they were utter assholes for harassing us, and they should fuck off, and who the fuck did they think they were, this might have seemed like the raving of some unhinged person. After all, from afar, all you see is two guys at a bus stop talking to a woman who seems deeply uncomfortable. But my rage, my “sudden” outburst was actually the result of the venting of six full months of increasing dread and terror inflicted on me not even so much by actual bad people, but people ostensibly concerned for my safety, whose admonitions that I “stay inside” and watch my back, and be careful, and who would then go on to talk about who’d been raped, shot, stabbed or mugged that week, had really started to get to me. It was a rage at the entire situation, at being expected to shut the fuck up and go inside all the time because I was a young woman. It was rage at the idea that the threat of violence so clearly worked to keep people in line.

After I raged for a few minutes, the guys milled about for a bit, confused, and finally wandered off. When they did, the young woman next to me breathed a sigh of relief and said, “Thank you so much. I was afraid to say something, because I was afraid they’d knife me or something.”

When the internet loses its shit over what, to many, looks like a single, insignificant incident unrelated to anything else, it’s easy to say they’re fucking nuts. They’re raging over some perceived slight that’s been blown waaaaay out of proportion. That, in truth, is the easier narrative. There’s a reason folks say things like, “Women are crazy,” to explain away some perceived hurt or slight, because it’s easier than thinking through why that rage makes one so uncomfortable (often because that person is complicit in acts that contribute to that rage in some way by perpetuating both sexism and the belittling of women’s voices). It’s easier to say people are crazy than to try and figure out why.

Especially when you’re in a place where it’s never your butt getting hurt.

Internet rage is almost never a one-off. It happens in a continuum. It’s seen as one more event in a long line of connected events. 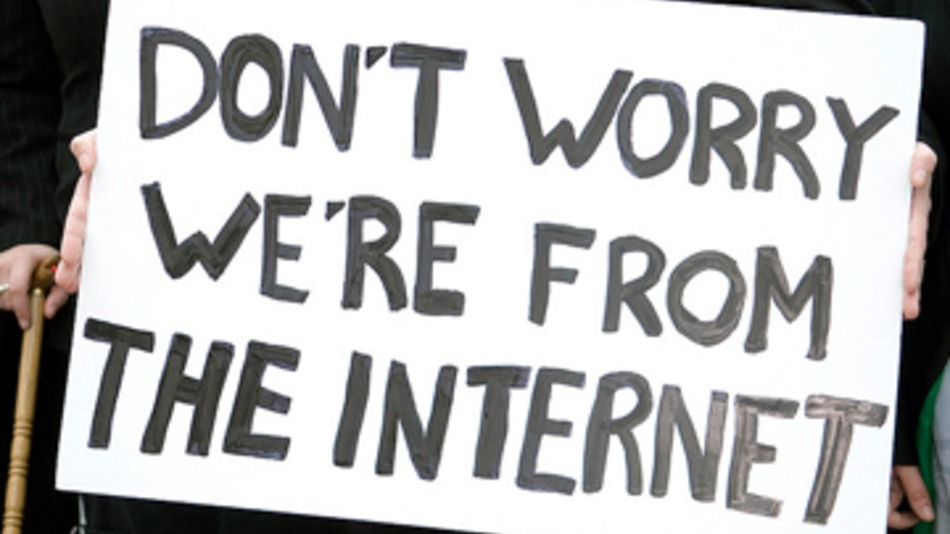 About ten years ago, some dude blogger with a big following would ask, about every six months, “Where are all the women bloggers? I don’t read any women bloggers. So women must not blog!”

And the feminist blogosphere would fall on him.

We’d clog up his blog comments with our voices. We’d link to other women’s blogs. We’d point out that the reason he never saw women is because it was easier to not see them. It was easier to link to the dudes that he knew.

You don’t see people you don’t listen to.

That went on for a couple of years. At some point, after Wonkette got big and Amanda Marcotte got tapped to do social media outreach for a major political candidate, these conversations stopped (now it’s “here are all the white people you should be following on Twitter” lists that don’t have a single person of color on them, even though people of color make up over 40% of Twitter users and generate the majority of tweets and some of the biggest online memes and movements have originated with influencial folks on that end. Same shit, different pocket).

We got all sorts of push back on this, about how we should be more “civil” and “settle down.” We got told we were “over-reacting.” We were being “pushy bitches” and “making something out of nothing.”

But the truth was that unless we made a big fucking stink, people went back to the status quo.

Folks will always, always, always go back to the comfortable status quo, with its silent voices and lack of conflict, if you give them the chance.

“Settle the fuck down, you got your way,” also doesn’t work after a fight is over, because though dudes may go “Yeah, we get it, women blog” unless you’re on it like a fucking trainwreck, you’ll have the conversation again six months later.

They forget. They start rewriting the narrative.

Calls for civility, as good-intention as they may be, smack to me of folks telling me I should have swallowed my tongue at the bus stop. After all, it’s not as if the men were physically harming the young woman.  And I should have held my tongue when people said women don’t blog, because obviously, if I wrote well enough, and shut up enough, and acted demure enough, people would just magically notice me, right?

Clearly, ya’ll have no idea how this works. 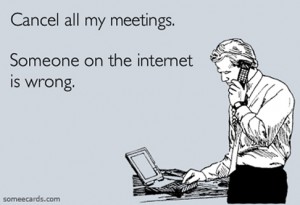 If I shut the fuck up, then all the people you quote, all the people who write the post-narrative, the big pieces that folks look back on to create the history and narrative of an event, even a successful one, will be made by the powerful, influencial people who believe their hurt feelings at being called out as problematic somehow outweigh the concerns of an entire community of folks with no media pull and no platform whose voices have been marginalized their whole lives, and are now being reduced to a crazy, screaming, angry mob acting up out of nowhere, instead of a passionate community of folks reacting to an event they see as existing on a problematic continuum.

We have a strange habit of falling back on “civility” as if every social movement was entirely civil. Like unions didn’t bust up on scabs. Like Nelson Mandela didn’t blow shit up.  Like MLK would tell us all to shut the fuck up, and women never chained themselves to the fences in city squares, stormed political buildings or committed acts of arson and violence in an effort to achieve suffrage.

My specialization is in the history of revolutionary movements, and let me tell you, folks – being nice and holding hands didn’t get shit done. Or sure, it was one tactic. But never the only tactic. I wish a nice circle jerk got shit done as much as the next person, but if it were so, history would look much, much different.

I’m sorry if we’ve interrupted your latest Kickstarter, or pin-up calendar, or the purchase of your million-dollar estate in California, and you’re throwing all your Hugo pins into Mount Doom in the hopes it will shame us into silence.

That must be really, really tough.

I’m sympathetic, I really am. Because I too know what it is to be comfortable and safe and pretend everything’s fine. I’m white. My parents aren’t poor, and I make decent money now. I get how annoying it can be, to get called out on that, and to have to listen to people who have problems you don’t. Real fucking problems and issues that exist on a continuum of shame, disrespect, and forced subservience they’ve had to deal with their whole lives.

For a community of folks who grew up reading comic books and farmers-who-become heroes, we sure do balk when we suddenly go from farm boy to hero. Because that’s a heavy fucking responsibility, and it’s easier to pretend you’re still mewling Peter Parker, complaining about how no girl will fuck you. You may not feel like you have power or influence, but you do – as do I.

There are a few things we can do when we have power and influence.

We can take our toys and go home.

Or we can get the fuck up and fight for the people who are continually shit on, and act like a fucking hero would act.

I know which I’d rather do.

*others have noted use of “butt-hurt” here is really annoying, dismissive, and problematic, as discussed here. I am aware. My use of it in this post in particular is in response to this dismissive tweet about latest rage, which employs it in its generally annoying way.