All Together Now: Building a More Pragmatic SFF Conversation

I’ve been thinking a bit about the “generational divide” among feminists in SFF in particular, though I have a post I want to write about Tumblr feminism as well that will go into this more in-depth. There’s the camp that says we’re all overreacting, that things aren’t so bad, and were never bad at all, that they never experienced any harassment or any bias against their work because they were women so they can’t see the issue, and then there’s the camp with the long and exhausting stories of industry sexism, writing under male pseudonyms, and fighting for market share in an incredibly more competitive world. Here’s why this conversation upsets me, especially when it’s people who came of age in publishing thirty or forty years ago who are insisting that things aren’t so bad, and hey, just get to work and it was hard for me, sure, but it’s always hard, even though I never experienced any of these supposed hurdles you say women in the industry experience now, and yes, I guess I believe you but you should really just do what I did during this totally different time that didn’t have those hurdles.

To be blunt, the publishing industry, being a woman in publishing, and managing the very public way that many artists are expected to manage themselves today, is very, very different than it was thirty or forty or even fifteen years ago. It’s this: trying to communicate to writers who established themselves before 2000, or even 2008, just how different this landscape is that’s been the source of a lot of the clash, especially the generational clash among feminists in SFF.

It’s always been a hard business, but the awful and ongoing economy jag, the plunge in midlist advances (especially post 2008), the contraction and flailing of publishing as it figures out what to do in the digital age, the proliferation of platforms, the wider backlash against women and minorities in the wider culture that’s bled into publishing and our readership (as these things do), all of these has profoundly changed what it means to come up in this business right now, and what it means to be a woman in this business. 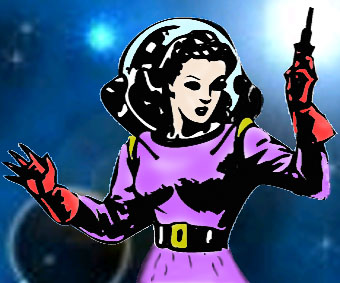 So though I am sympathetic to reminiscences about “That’s not what it was like ten, twenty, forty years ago,” yes, that may be so, but that’s the reality of what it’s like now, and it’s now that we need to survive in. I don’t judge writers who make decisions about how to survive right now, whether they feel they have to write under male pseudonyms or only tell stories about men (ug). If anything, survival in this business is precarious at the best of times. I have made different choices, but I can tell you right now – I’ve fought like hell to make a career writing what I’d like, as myself, and I don’t ever blame anyone for trying to tell different stories, as someone else, to make it fucking easier.

Because yes, it has been fucking hard.

Survival often requires making hard decisions. I have fought with tooth and nail for every post that mentions my work on a “best of” with a bunch of dudes and oh yeah, Robin Hobb, the other gender neutral named fantasy writer. I’ve fought to get included on roundtables talking about my work. I’ve fought for podcasts, for blog posts, for readership. At no point did I think I’d “write a good story” and things would pan out. At no point did I ever think that I’d just magically grow a readership writing the weird, gritty, women-centered stories I write. And at no point did I ever once doubt that being mistaken for “Mr. Hurley” was actually very good for my career.

I knew I would have to fight for every inch. I am fighting still. I will fight until the last breath leaves my body. There is nothing given to me. There are no expectations for sales or promotion or support in my career that comes from anyone but me. Any of those things I receive are welcome surprises. “Oh, I was not belittled at a con? How lovely!” or “Oh, I was not savaged on some forum for writing about women? How nice!” or “I actually got invited to a speaking engagement by someone who mistook me for a man? Well, of course!”

Thirty years from now, there will be another generation of writers pushing their way up through the genre. They will face a lot of the same challenges as I do for market share, for visibility. But they will have a whole host of other challenges, too, and it behooves me to listen to what they’re saying, to understand their challenges, instead of insisting that in my day, we wrote under a gender-neutral name  and expected to get felt up at conventions and by god WE WERE THANKFUL FOR IT.