It’s Always Been Awful Under the Boot: On the Fatigue of Everyday Horror

In May of 1921, a group of vigilantes burned down a wealthy community in Tulsa, Oklahoma over the course of about 16 hours. More than 800 people were admitted to local hospitals and police arrested and detained more than 6,000 people. The riots left 10,000 homeless and destroyed 35 city blocks. Up to 300 people died during those 16 hours.

But you don’t hear about this 16 hours of madness in any history book – inside Tulsa or outside it.

There were no camera phones. No Twitter. Not even a fax machine. The event was purposefully omitted from local and even state histories, so that even many people living in Tulsa today have no knowledge of the events, and survivors of the events were often doubted because hey, if this was true, why haven’t *I* heard of it?

People didn’t hear about it outside Tulsa because it was physically erased from the collective memory.

It was a massive act of terror, of genocide, even, because those targeted for the slaughter were targeted because of how they’d been born.

They were targeted because they were black.

In case you missed it, the folks who burned down 35 blocks worth of homes in Tulsa were white, and the people they burned out, the 300 people who were killed, the 10,000 people left homeless – were all black. It was not until 1996 that the state even bothered to commission a proper history of the event that would be available to everyone, instead of relying on a spoken oral history maintained by survivors who were now dying.

When I heard about police cars blocking off roads and journalist access in Ferguson, Missouri last year, Tulsa immediately came to my mind, and I thought, “If you think the shit you’re seeing on Twitter is bad right now, can you imagine what they’d be doing to people right now if there wasn’t any Twitter?”

You think anyone white was prosecuted for that shit?

I’d argue right now, even after all that’s happened, that the only reason Ferguson has not become Tulsa (for all the madness that HAS gone down there) is because of Twitter, instant communication, the easier access those not in power have to create their own public record. With all eyes on Ferguson, the abuses perpetrated there were and are going to be harder to erase, to wipe away. Oh, they will certainly be rewritten. History is written by the victors, and I expect a hard long slog for folks to change anything – even blatant evidence of wrongdoing, as we’ve seen time and time again, isn’t enough to change things. It takes a tidal, epic shift in society itself.

But evidence, the inability for folks in power, or those segregated into privileged spaces, to shut their eyes and wipe it all away, that helps the shift.

I hear folks despair a lot lately, about “how much worse” things are today, and that makes me laugh, because seriously, shit is not any worse than it was yesterday. All that’s changed is that from where you’re sitting in your comfortable place of privilege in the Capital, you can’t shut your eyes anymore. What’s happening out in the Districts is streaming right to your phone, to your TV, to your iPad, directly from the people it’s happening to. You can’t shut them up or shut them out.

But it’s always been awful for people under the boot.

If the horror of the world comes as a surprise to you, you aren’t under the boot. 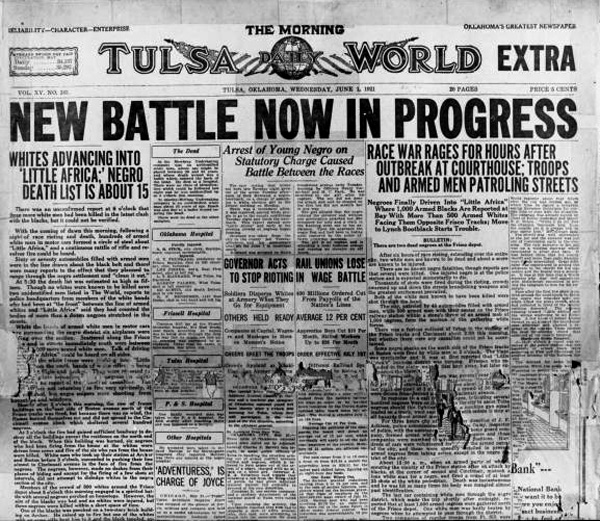 I got my Master’s Degree in history, in the study of resistance movements against Apartheid during the 80’s in South Africa. I’m a privileged white kid from fucking America, and the shit I saw in that historical record, in particular the testimony during the Truth and Reconciliation Committee meetings, made me despair for humanity. It was like reading something out of fucking Assyria, with its piles of bodies and piles of tongues and piles of penises after some gory battle. The shit people do and have done to other people is fucking obscene.

But just because I was in the Capital and didn’t see it, and now I saw it, didn’t make the world any better or worse than it was the day before I read it.

If children are being tortured and murdered so you can live in freedom and delight in Omeleas, and you find out about it, it doesn’t change the fact that for you to grow up as you did, children had to be murdered and tortured. Growing up in the system, you become part of it. It’s yours as much the CEO’s. You tortured innocent people in Guantanamo. It was done in your name, my name, as it has been done many times before, as it will be many times again, unless you take action. Unless you give up your privileged space, unless you become one of those under fear of the boot, too. Because when you speak up, you become the enemy.

And you must ask yourself which is worse: living in fear, becoming one of those in fear of the government as so many others have been, but speaking your mind, or shutting your eyes to the world and drinking its riches and pretending your iPhone was made by adults making a living wage and the people at Walmart can afford healthcare and innocent people aren’t choked on the street for having the audacity to walk there.

And this is what gets me with folks who are fatigued with the shit, and I get it, I do, I get fatigued and I have to take a fucking break too, but I don’t want people to shut up, I don’t want to close my eyes, because whether or not I heard about it Tulsa still happened. And I cannot sit on my hands and cheer for Katniss burning down the Capital and the folks walking away from Omeleas and then say, “Shit, could the rest of you just shut up about your problems because it sure makes me uncomfortable.”

It should make me uncomfortable. It should get me to question everything I’ve been taught. It should rouse me to take action, to not be silent, to amplify voices, to, above all, help ensure we do not erase this shit.

Whether or not you are looking, or you notice, terrible shit is happening right now, a lot of it perpetrated in your name by your country, by your government.

I get that we are all tired, and we can’t do bullshit every day – I take a lot of Twitter and news breaks, too. But I don’t pretend I once lived in a utopia that’s now going to shit.

I know very well what kind of world I live in.  What gives me hope is that it’s become harder for for those in segregated, privileged spaces to pretend otherwise, and if the privileged can no longer be fooled into thinking they’re living in a utopia, it’s far more likely they work will with those under the boot to change it.

Even if we must be pulled – kicking and wailing – into a better world.