Books You Should be Reading 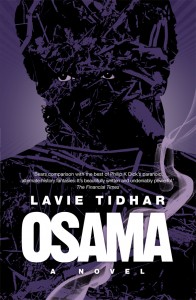 I would not call a lot of books “brilliant,” but OSAMA is pretty effing brilliant. I thought this book was going to be nigh unreadable, based on the concept – a world where Osama bin Laden is the character in a series of pulp novels, and a private eye is tasked with hunting down the guy who writes the bin Laden novels. But wow. I’m so glad this got nominated for a World Fantasy Award. It crushes me this book hasn’t sold a bazillion copies, though.

What makes this book is the stark back-and-forth between the droll, emotionless reporting of the pulp novels – the parts that describe the events in our world – with the very lush, visceral portions of the novel where the private eye is uncovering who the author is, why he writes the books, and what exaclty they have to do with Our Hero.

Note that if you’re looking for compelling female characters who aren’t in service to the male protagonist’s story, look elsewhere. This is a book that’s very much centered on the male protag; the conciet of the novel pretty much depends on all the secondary folks in the story being secondary. It very much appeared to be a conscious choice, tho, so it gets a pass.

I got the Kindle version of this book for free during a promotion, but will be buying a dead tree  version as soon as I can find one (I hate reading books electronically. The writing here is so good that it deserved a more immersive reading). 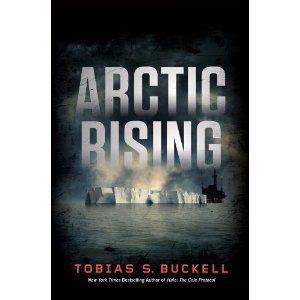 Tobias Buckell’s ARTIC RISING is a punchy little thriller set in in a post-icemelt world rapidly being exploited by corporate interests. The big surprise here was that the heroine is a lesbian Nigerian pilot with combat experience – not exactly somebody we get to see in thrillers everyday, and that was a delight.

The first 3/4 or 4/5 of the book are tough to put down – I just kept compulsively turning pages. In some ways, it reminded me of Smilla’s Sense of Snow, with its Arctic setting and at-first-possibly-freaky-alien-unknown-things-going-on-thriller plot.

Do note that it gets a little over the top at the end, but overall it’s a fun thriller with a lot of interesting extrapolations about what the new Arctic frontier might look like in… twenty years?

Also: One of the most realistic garrotting scenes since No Country for Old Men. 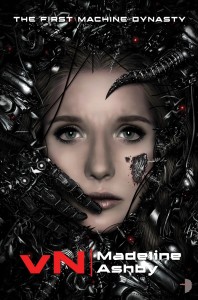 I am going to do something I almost never do and recommend a book before I’ve finished it, in part because of the very smart catch-and-release trick the author employs at the beginning of this book and in part because I’m too lazy to save this one for the next book post trifeca. I’d been hearing a lot about vN by Madeline Ashby, but the concept really put me off. Another sex robot story? Really? But when I asked some Twitter folks to screen this one for me, lo and behold the overwhelming reponse was: READ IT.

The opening chapter is this dude talking about his sex robot (his wife, yeah, yeah, OK), and I was like, “My God, really?” But then about halfway through the chapter I started to realize there was some sneaky stuff going on here. These robot women all had agendas and actual internal lives that this guy was completely oblivious to. So here I am imagining all these readers sucked in, thinking they’re getting another happy-guy-does-robot robot sex story and then.. and then… they get to the end of the first chapter.

And everything changes. It’s The Women Men Don’t See, only now we get to see them – with bonus cannibalism.

The book suffers from a few jarring transitions as it goes along, mostly first novel hiccups, but there are some really smart and interesting choices made throughout this book, and it’s a fun ride. Recommended, with the caveat that I haven’t finished yet, and reserve the right to change my mind if Something Horrible happens in the last bit.