Books You Should Be Reading: THE LIBRARY AT MOUNT CHAR

I want you to look at the cover of THE LIBRARY AT MOUNT CHAR. JUST LOOK AT IT. Anyone who says covers don’t sell books is lying. There’s a reason it’s the biggest marketing expense a publisher spends on a novel, and if they get it wrong, you may not be entirely fucked, but you will be put at a severe disadvantage.

The cover was enough for me to click, and when I opened to the first page, well… it’s about a librarian walking along the road with a detective’s blood all over her, and why the hell would you NOT read that IMMEDIATELY?

It was such a clever way to start a mystery book: it’s not a woman dead on the road. It’s not about the detective standing over her body. It’s about a woman who has just killed a detective, which sets you up for just how wild things are going to get.

Of course, this isn’t actually a mystery book, either. I’ve seen it called “contemporary fantasy” and I guess that will have to do. I don’t want to go into the plot too much because half the fun of this book is the slow, steady reveal of how fucked up and weird and crazy things are. Suffice to say that you have not read this book before, and if you think you know what’s going on, you are probably wrong. 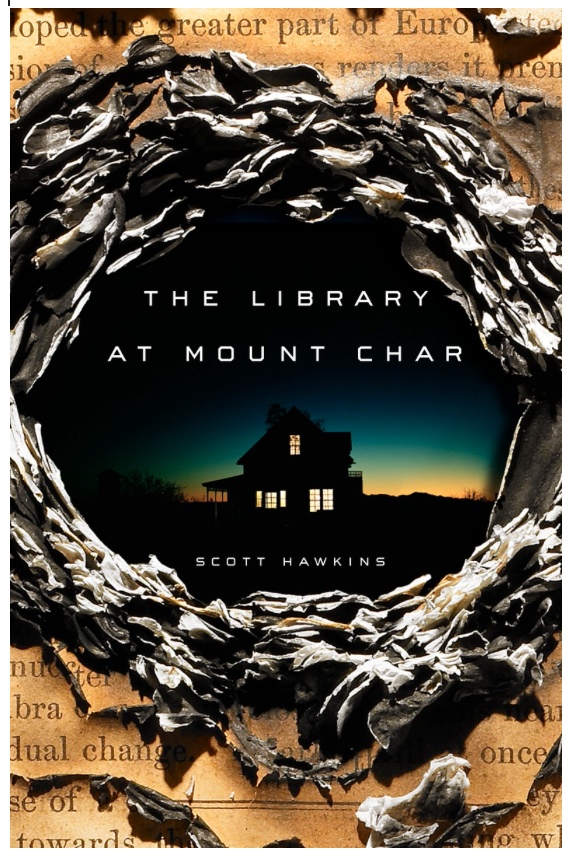 Any complaints I might have about this book were minor. It’s a first novel, and there were some longish talking scenes (goodness knows I’ve written a lot of those myself) that repeat information to characters that you, as a reader, already know. That was fine – I just skimmed over them. The pacing of the last act runs a little long; but again, by that point I didn’t fucking care because the book was just laying down the payoff of the mysteries it promised to solve at the beginning, and I was down with that. There are horrible things done to people. Horrible things. Including rape and being burned alive. But it’s not voyeuristic and purposeless. There is a method to the horror and madness, and it’s treated fairly; I did not feel punched in the face, though there are certainly a lot of unanswered questions that I can’t really touch on without spoilers. Maybe another time.

I also find it terribly funny that I’m drawn to books with really complex and purposeful plots these days, something I’m not very good at, myself. THE TRAITOR BARU CORMORANT and even PLANETFALL are political mysteries at their heart, and so is THE LIBRARY AT MOUNT CHAR.

If you’re looking for a weird, wild, rough and engaging contemporary fantasy novel unlike anything you’ve ever read before, pick up this book.