Cutting Down on Internet Noise (and Delivering Greater Signal)

One of the unforeseen benefits of reading Nate Silver’s book, The Signal and the Noise, was that it encouraged me to take a look at the way I was consuming information.

As somebody working in marketing, I live on data. We need to know what our target market wants, how they talk, where they go (so we can market to them there), when they click, why they click, when they call, why they call, etc. etc. There’s an astonishing amount of marketing data out there now that I churn through at work in order to craft better marketing messages – email analytics in particular will leave your head spinning. In fact, there’s so much data that sometimes the whole thing just looks like a lot of hocus-pocus (and some of it certainly is).

Much of this is, I expect, to do with data overload. We aren’t getting the right data, or we have the right data mixed in with the noisy, useless data – and it’s often difficult to tell the two apart.

Over the last month or two, I’ve noticed my social media feeds – in particular Twitter, but also Facebook – have become increasingly noisy. Twitter is wonderful for getting breaking news on a particular topic. The problem is that after that initial signal, it becomes a seething morass of noisy chatter that sounds a whole lot like a bunch of clueless people screaming on the internet (I include myself in this category, often).

In fact, the noise has become so intense and so distressing to me recently that I took extended breaks from the Internet during its two noisiest times, for me – the Steubenville rape case verdict and the Boston bombing. 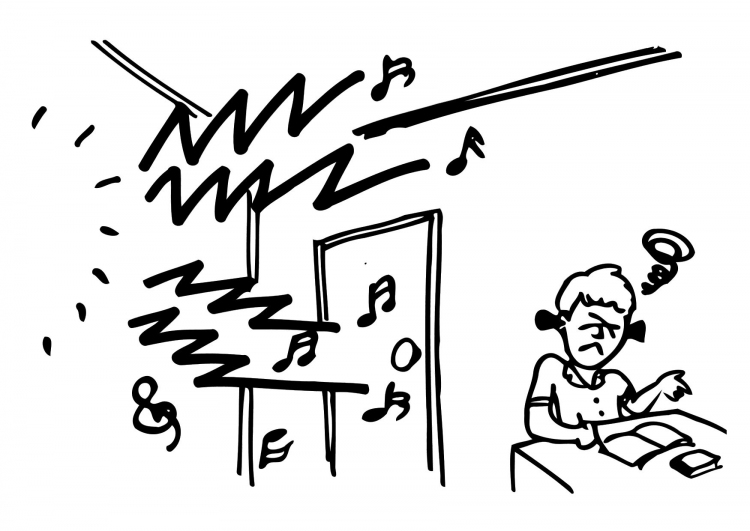 The massive influx of hateful garbage – against “slutty drunk girls” and “those violent must-be-brown-people” was dizzying. Seeing such a churning hatebag of the absolute worst humanity had to throw at the internet was just too much for me. Even if I wasn’t following the people who said these sorts of things, they linked to these hateful people so they could rail against their statements. It was “listening” to rape apologists lament about these poor, poor boys who had ruined their lives and then “listening” to people have long, seemingly-serious conversations about whether or not the Boston bombers were “really” white and how that was somehow important, that I was really done.

I hated everything about humanity.

I had a lot of time at Blue Heaven to think about this, and what I was going to do about it. When I got home and read a few reviews of my work, one of which really got me down, I realized I needed to do something about that, too. Because God’s War is two years old now. I need to concentrate on my new project. I need to move on.

So this week I started to make some changes. I culled the people and organizations I was following on Twitter from 511 to 302. And I made a (for serious this time!) pact that I was going to stop reading reviews. It was important to read reviews of the GW series when it was ongoing; I felt that was a responsibility I had so I could work to fix things going forward that I’d gotten wrong. But the reviews haven’t said anything new in a long time (my favorite ones are still those that say GW is “incomprehensible” as if I’m writing in ancient sanskrit), and I think I’ve gotten out of them everything I’m going to get, for now.

I had already culled my Facebook feed some time ago by splitting it off into a personal page and an author page, but I resolved to go ahead and spend less time there as well.

The cost/benefit for social networks was just getting too high. I realized I could take a break from them for a couple weeks every two months, or simply reduce overall noise. Reducing the noise seemed to be the better option.

I was reminded of why I closed comments on my blog. I used to just delete hateful comments because, hey, hateful! Whatever. But the thing is that when you go through and delete hate mail, you still have to see it, if only for a few moments to realize it’s hate mail. The trouble with Twitter is that all the hateful garbage is packaged up into a single 140 character tweet, so it’s harder to ignore it, especially when your entire feed goes crazy about some national story, and the shark frenzy begins.

Some part of me will miss my manic Twitter life, but not the part of me that wants to finish this new book. I’m really proud of this new one, folks, and I’ve worked on various permutations of it for a long time. In talking with my agent about some plot things I wanted to do, I said there were things I just didn’t feel I was competent enough to pull off yet, but last week, I did those things, and I think I pulled them off, and it was so satisfying to realize I’d reached that place as a writer, that I could write a story about people destroying their dopplegangers and a character that swaps gender throughout a novel in a pretty convincing way.

This is the part of being a writer that I love. I love doing things I didn’t think I could do. But as long as I’m out in the world drowning in noise, I’m going to doubt myself, and it’s going to be harder to push past my comfort zone.

Hopefully, with a little less noise, I can write something that delivers a little more signal.