Eat Your Bloody Steak. You’ll Like it: Eight Years of War, and Writing, and Bugs 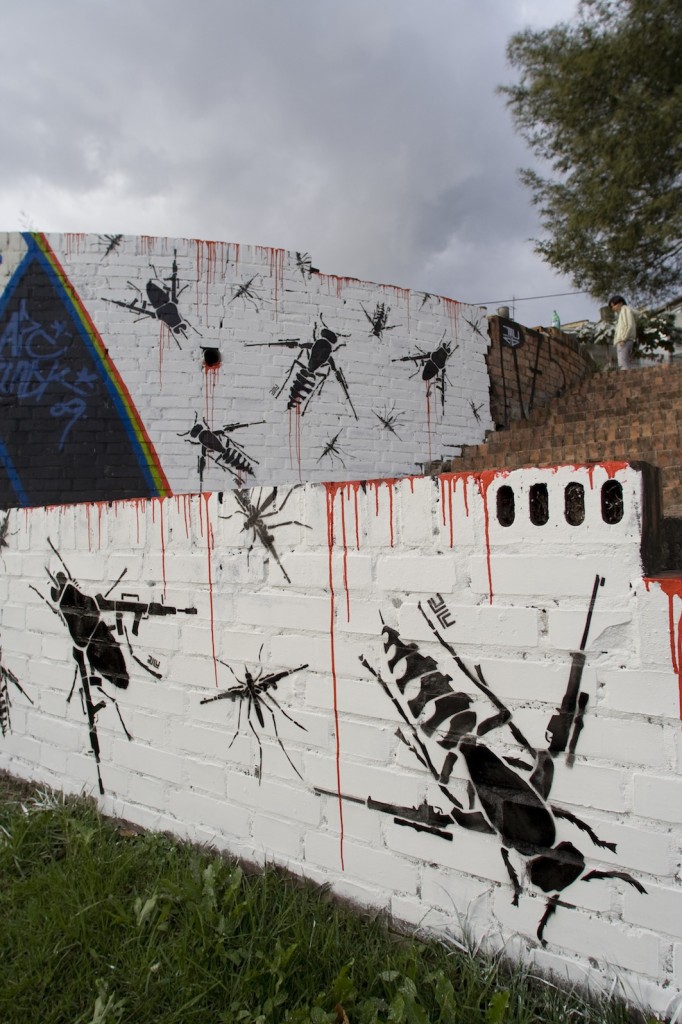 Last night, J. cooked up a bloody rare steak. It was the first rare steak I’d had in a long time. I’ve been known to prefer my steaks mooing. We raised cows when I was growing up. I’m a happy carnivore.

But as I cut into raw, meaty inside this time, my stomach seized. My gorge rose.

I could not eat it.

When one of my dogs recently came home from a cabin getaway in the woods with a massive tick on her ear, my reaction was not, “Oh, cool!” it was “Wow, that’s incredibly gross. Can we get that thing the fuck off right now?” And when we held our other dog down to treat the far more advanced and engorged tick we found on her backside a week later, I spent the rest of the night flinching at every prickle on my skin and scratching at my scalp looking for vermin.

I’m not a squeamish person by nature. I spent nearly two years in Durban, South Africa living in a flat infested will all manner of nasties. I have a “you’re fine” mentality when it comes to blood and trauma. It’s easy, for me, to shut everything down until a crisis has passed and then emote afterward.

But I have also been writing about war, and blood, and bugs, and meaty wounds crawling with maggots for over eight years now. You might think it was the writing itself that put me off dinner. But in fact, it’s not so much the fake war and fake bugs I write about that got to me. It was all the research I did to create worlds that evoked those things in a way that felt squicky enough to readers to be lifelike.

This started back when I was researching my Master’s thesis, and reading transcript after transcript from the Truth and Reconciliation Commission hearings in South Africa. If you want to get easy access to firsthand accounts of atrocities, it’s a good place to start. After that it was Rwanda, and Darfur, and the second World War, then Iran, Afghanistan, Saudi Arabia and ancient Assyria and Babylonia and then just War in general. So I was reading firsthand accounts of exactly what it was soldiers and civilians did in wartime – and had done to them. I was reading about repressive regimes, bloody gender politics, and then, mixed in with all that, learning a great deal about all the wonderfully terrible things done to us by bugs and infectious diseases before the rise of penicillin. It was one horror and atrocity after another, and though that work was vital for me to go through in order to paint something halfway believable in fiction, it got to me.

For a few years during and after writing my thesis, I could no longer put up with senseless violence in film. At all. I walked out of movies. It was worse when I was living in Durban, where the constant threat of very real violence meant that violence in film was not an escape from reality, or a thrill, or something different – it was just more of the same, only grotesquely, gratuitously so. I felt like nobody actually sat down and thought about what the consequences of that type of violence really were. Torture porn movies that have no interest in examining what it is we become when we commit that type of violence – and what the consequences truly are – held no interest for me. I actively sneered at their creators. Fuck them and their cushy Hollywood day jobs.  What did they know about the threat violence, and sexual violence, in a country where one in three women are raped (and one in four men admit to having raped, often multiple times) and one in three people has AIDS? Screw you, hippies.

Writing about fake grievous head wounds and maggoty stews was a vacation by comparison to reading about the real thing. But even so, eight years of immersive writing and research about all the horrible things people do to each other can get to you. You start to think a lot about power and violence, and if that’s really our natural state (it’s not. It takes a great deal of effort to make people into reliable killers at close range – from a distance, though, with someone else taking the blame, it’s very easy. Which I find quite fascinating) and who we’d be with different social mores and expectations about what violence meant, and what it signified, and what would happen if we severed the strong cultural link we have between violence and power.

But those thoughts are the sort I hash out in novels, on paper, or in my head, and those aren’t the things I see or notice. What I notice is an inability to eat rare steak, an aversion to needless on screen violence without consequence (especially against women), and a revulsion for bugs that’s all together new to me.

This writing biz changes you. The abyss, and all that. But far from becoming “immune” or “desensitized” to violence, reading about real violence done to real people gave me a much more heightened sense of what violence means. It made me think about what we’ve done with it, and what we continue to do with it, how it changes us, shapes us, and how we live with what’s left behind.

If we really want to teach people why going to war is a bad idea, or how torching their neighbors isn’t nice, maybe we should stop harping on video games and actually teach a history class that shows them what violence really does to people. Our squeamishness for teaching the bloody reality of history is what makes us so removed from the violence we support, and perpetuate. We love to show the spectacle, but never the consequence.

My favorite ads before the movies begin are the ones from the U.S. military. It is the perfect venue for them. I watch gunbuilders use Xbox controls to power turrets and I think, “That’s perfect.” Because we, as a culture, have no interest in sensitizing people to real violence. It’s why nobody teaches us about the past, and why we continue to disinvest in education. The less we know, the easier we are to control.