They’ll Come for You… Whether You Speak up or Not

During times of great social upheaval, it can often seem safer to say nothing. You get noticed less. You piss off fewer people. You go around making sure the trains run on time. You make your dollars and go home and stuff them in the mattress and keep your head down and hope they don’t come for you.

It’s a silly position, really, because they always come for you.

I think it’s easier to remain neutral on stuff like politics when you think that specific policies won’t affect you. If you aren’t a woman, or non-white, or gay, or disabled, or poor, or chronically ill, it’s really easy to just keep your head down and shut up. “It’s not my concern,” you say, while totally forgetting that we live in a world where our own quality of life is directly impacted by the quality of life of others (vaccinations are a really easy one to point to; so’s universal health care). We forget that our way of life – access to life saving drugs, clean water, abundance of food – is wholly contingent on the skills and abilities of many millions of others who support the systems that care for us. We also forget that for many of us, being a part of some of these groups harshly affected by social policies is just one accident or “bad luck” incident away. Poverty, chronic illness, and disability can happen gradually or suddenly, often when you’re paying the least attention.

I say all this as somebody who grew up upholding 80’s action movie masculinity as the pinnacle of cool. I always liked the idea that strong people were loners, they pulled themselves up by their own bootstraps, they had witty lines and impeccable health and virility and nobody messed with them. This was more about who I wanted to be than who I wanted to date, mind, and it really influenced how I viewed other people. Life sucks? Do something about it. Stop whining. Nobody keeps you down but yourself.

I’m still gung-ho about assertiveness, negotiating for yourself, standing up to injustice, and the like, 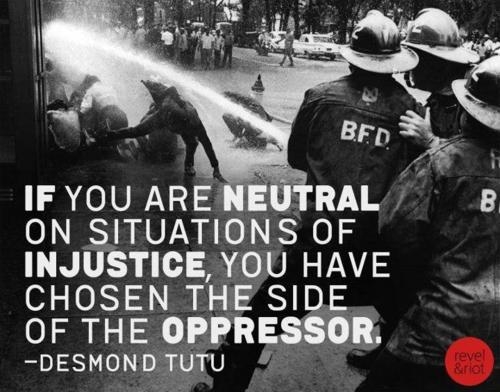 but I’m far less likely to tell people that all they should be doing is looking out for themselves, and fuck everybody else. When you look at the way we’ve constructed our entire society, very few of us would thrive in a place where we had to be totally self-sufficient. Illness would kill a great many of us, and childbirth, accidents, starvation… we rely on other people to help us succeed, however invisible those millions of hands are as we pick up that orange at the grocery store or pop a pill to help prevent heart disease or drive a gas-powered car 40 miles to work.

I didn’t have a real appreciation for just how much we rely on other people until my pancreas blew out and just… stopped working when I was 26. Immune disorder, they told me. Sorry. Now you have to take 5-6 shots a day just to survive. The only reason I live is because there are people creating synthetic insulin in a lab.

That whole independent 80’s apocalypse hero I’d hoped to style myself after kind of imploded along with my pancreas, because even if I raided every pharmacy from here to the ocean after the End Times, it’s all got a one year expiration date. If modern society implodes, I do too, no matter how tough, smart, and savvy I am.

It gives you a lot of perspective, being at the edge of death all the time. I’ve gotten really touchy with doctors, health insurance providers, and pharmacies. I scream and yell at them a lot, because when you need something to survive, it makes you a tad nutty if it looks like you may not be able to get it.

It has humbled me a lot, and given me a great deal of empathy.

Being a woman certainly also has disadvantages in our society, but for much of my life, until I really entered the workforce, I could pretend I was a guy, you know, a “real person” and not one of those femmy women that everyone made fun of like they were useless. It wasn’t until I went out into the real world, among strangers far removed from my cozy hometown, that I realized there were people who looked at me as prey just for being a woman, and people who assumed I cared about things, or did things, or wanted things, completely based on my gender instead of what I could do. I got passed up for a raise at the movie theater I worked at because managers had to learn to run the projection booth, and the reels were 70lbs. Nobody ever asked me if I could lift 70lbs (of course I can). They just assumed I couldn’t. So I wasn’t even considered (I learned this later. Things changed, and some women marshaled through by being overly insistent, but it never occurred to me that I’d have to *fight* for something I was obviously qualified for. I still thought I was a white guy, after all).

That was the first time I realized that I was going to be at a disadvantage in the workplace, and that I was going to have to work just a little bit harder than everybody else to get noticed just as much. I had a lot of advantages, too, but I learned early that I had to telegraph them.

I’ll never forget the time my parents went to a swanky restaurant with us kids and received terrible service. We weren’t exactly dressed like royalty, and my mom told me that we’d likely been dissed because we looked poor, and the server assumed we’d leave a bad tip. Knowing that we would return the next night and it was likely we’d get the same server, my parents left a huge tip. I thought this bit of reverse psychology was a roiling pile of shit. But the next night, lo and behold, we got the same server, and boy whoa howdy was he nice to us.

“As long as people think you have money,” my parents told me, “they will treat you really well.”

“Having money” or klout, or any other type of invisible advantage will always be invisible in your first interaction unless you like to go everywhere dressed like a celebrity. So, like my parents did, you have to telegraph it quickly in every new interaction. Some of these you’ll never get to do. People will see you first as a woman, or non-white, or a poor person (based on dress),  or, if you go there holding hands with a same-sex date, as a gay person, and you’ll have to fight for every inch of respect you get from them.

I could pretend that legislation regarding women’s reproductive choices, or health care in general, don’t affect me. I could pretend that it doesn’t matter whether or not we think non-white people or queer people are, you know, actual people. When it comes to being queer, I’m invisible, being married to a guy, and when it comes to being non-white, well, I’m white, so who cares, right?

But all I have to do is think about what it’s like when people make assumptions about me based on shitty movies and crap TV shows and outrageous, ingrained cultural assumptions instead of pretending I’m a person they actually have to get to know.

And when people talk about why we shouldn’t have universal health care because poor people don’t deserve to be alive, I remind myself that the people who say that are just one health catastrophe away from changing their minds. But  it helps if some of us remind them of that.

It takes a good many people to keep me alive. I recognize that I need to take steps to support them, too, because we’re nothing without each other.  That’s a position I could shut up about, or tuck under a rug, for fear of, I don’t know, angry emails or lost book sales, but let’s be honest here – the people who think women and non-white people aren’t human are probably the least likely to pick up a book with first lines like mine anyway.

I spent a great deal of my life trying to be quiet and nice and not piss anyone off. I was miserable. It served no purpose. And they still came for me. It made me even easier to dismiss, to overlook, to assume I was just somebody else everybody could roll over and spout off ridiculously sexist, racist crap to without dissent. Nodding and smiling gets old. It makes it easier for people to box you up and ship you off.

I’m only really alive when I’m pissing people off anyway.

And  shooting up insulin.