Everything is Not Awful

I wrote the last scene, and the last line, of my next book, The Stars are Legion today. That doesn’t mean the book is done, mind you – it just means I finally know where all the disjointed tens of thousands of words are actually going. So now I get to go back and make it all make sense so it hits that final note…. And all that by December 1 (only two months late! Listen – that’s, like, 24 hours late in writer-time).

Much of the drafting process is a process of discovery, for me. I learn who my characters are, what they want, how their worlds work, by doing the actual writing of the dialogue and fight scenes. You can do a lot of planning and plotting beforehand, sure, but for me there’s no amount of planning that works as well as actually writing a draft. This is one reason I revise and revise and revise so much. Every pass is me distilling the story further. It’s like making spiced, clarified butter – straining out all the parts you don’t want, adding just the right spices in.

One of the struggles I’ve had with this book is that it’s basically a story about abortion and bodily autonomy. That can get really problematic and seriously depressing really quickly if you’re not careful – especially if your goal is to write a mystery-thriller-space opera. I’ve been writing complicated books about the body, about organic technology, about war and disease and slavery and oppression, for the better part of fifteen years now, and I admit I’ve gotten a little burned out on my own depressing view of the universe. It’s been pointed out that the action of the protagonists in the God’s War books was never about trying to incite revolution or change or trying to make the world a better place – it was always about maintaining the status quo. It was trying to ensure the world didn’t get any worse, not making it any better. The world getting better, the war ending, was a nice side effect, but never the protagonists’ end goal. They would never have dared to dream so big. 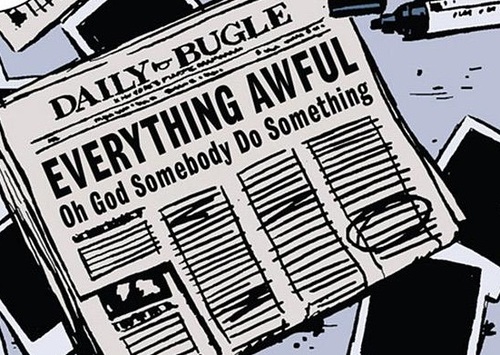 The Worldbreaker books are even darker, with a cast of characters given absolutely grim choices – grim, grimmer, grimmest, basically. These are fun and cathartic sorts of books, for me, but I admit that after fifteen years of writing books about how everything is awful, I – like many readers immersed in the grimdark world of the last decade – am ready to start reading about some characters who have something beyond dogged persistence going for them. I want to write about real revolutionaries who, yes, sacrifice things, but who are actually trying to build better worlds by doing so.

That should not be a difficult task, yet I’ve been banging my head against this book since February and the real ending has just now finally clicked into place (I’ve come up with at least half a dozen ways for it to end, half a dozen things for the “reveal” to be, in that time, and was writing toward all of those things for pages and pages, which means the book has a lot of strange directions that need cleaning up right now). The difficulty of finding hope in a broken world is a problem we’re all familiar with. All you have to do is turn on the news, or scroll through Twitter, and your dim view of humanity and our future in the universe is pretty much confirmed.

I was watching a documentary recently about how it took seventy years for leaded gasoline to be outlawed, even though everyone knew from the onset that it caused madness. Big money, bribes, and corruption were rampant. Then there was the automobile industries buying up and tearing out trolley lines all across America under false names. There was the eugenics craze. There was slavery. There is racism and homophobia and sexism and oppression and casual disregard for the environment that gives us breath. All of those things have been going on forever.

But what history also teaches you is that things can be changed. Inch by inch. The sacrifices it takes to change things are often brutal: people do die. They lose their livelihoods and their lives, in pursuit of justice and revolution. Thousands must commit every waking moment to their cause, to enact change. The losses are great. But the change is real. It is possible.

There is always hope.

I understand the necessity of sacrifice. I write endlessly about sacrifice, and I’ve given up my fair share of things to have the career I do. But what I’ve been missing for a very long time is the thread of hope. A happy ending, for me, was a character making it to the end of a book alive. That’s still my general definition. But I want something a little more hopeful in this science fiction future I’m writing, here. I want shackles to be cast off. I want humans who have been under the boot to fight back. And I want them to do more than fight: I want them win.

I want them to win because I don’t believe that we win enough, or that we are seen to win enough, in our own revolutions. The world is changing, yes, thanks to the tireless work of a great many people, people who have sacrificed their livelihoods and lives to get us here. But we don’t celebrate the winning enough. Instead, we tirelessly move on to the next cause. “Yes, that’s nice, that win, but what about HOW HORRIBLE THIS OTHER THING IS?” and we are off again, and again, until we wear ourselves out, we wear ourselves down.

Revolution is not an act, but a process.  And if we cannot take the time to not only imagine a hopeful future, but to celebrate the wins in the one we’re in, we’re going to gutter out.

I’m not ready to flame out yet. I have miles more to write before I sleep.