How I Built My Treadmill Desk for $200

So, after my mega-crazy writing spree on RAPTURE, where I found myself sitting for 14, 16, and even one memorable 20-hour-stretch just… sitting, I decided it was time to finally give in and put together a treadmill desk. Depression and anxiety runs in my family, but I’ve found that if I can be consistently active, I can pretty much lead a normal life. The trouble is, I’ve chosen a sedentary profession. As I’m now working 1-2 days a week from home as part of my day job… well.

The treadmill desk idea was starting to look a lot less like a silly liberal hippie thing and a lot more like a practical way to solve a modern problem.

Since money was the first issue for me, I’ll show you how I did it for about $200.

First, I did my research. One of the most helpful things was this blog post about three different people and their treadmill desk setups. To sum up, all three hit Craigslist. The most successful managed to get hers for $200 *and* have it delivered to her office. That sounded like an astoundingly good deal to me. The second was this really quick video that showed just how incredibly cheap and simple your desk could be:

Armed with this information, I hit Craigslist for a few days looking for treadmills. There were quite a few treadmills under $300, but very few that I could get delivered. Finally, I found one for $60 that was missing a piece of molding. I offered the guy $175 if he’d deliver it. He actually said he’d feel bad charging me that much (awwww) and delivered it right to my door for $150.

After plugging it in to confirm it worked, I hit the hardware store and got the stuff indicated in the video at my local Lowe’s: 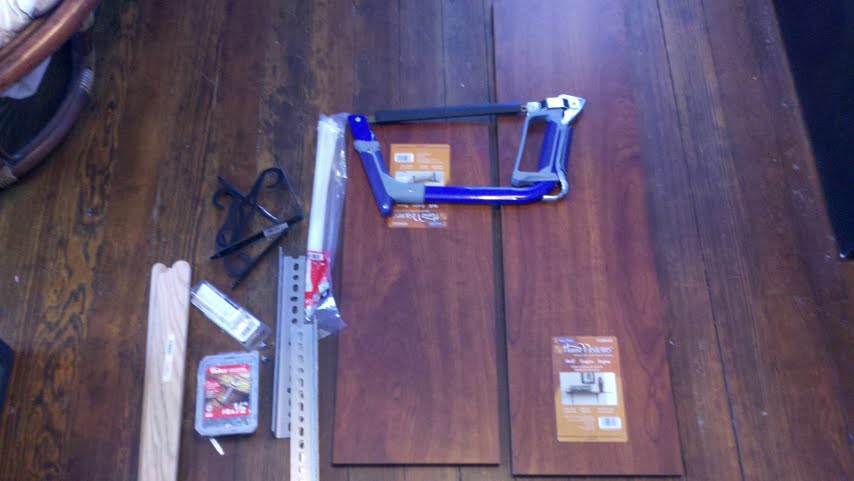 I splurged and got some really nice shelf pieces. 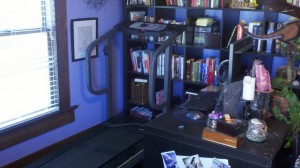 They had the brackets already cut into 12in pieces, but I needed 10in pieces, so I bought a hacksaw. Turns out I could have saved myself the $$ because J has a Dremmel, which cut through the metal pretty easily. 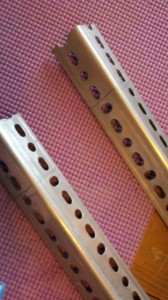 Unlike the treadmill in the video, my treadmill didn’t have flat arms, so I got two nice pieces of molding and just screwed them into the bottom shelf with the 1/2 inch screws. Now I could rest my mouse and keyboard on it without them sliding off.

Because I already had a pretty buff, tall shelf, I decided to make the most of it and just affix the shelf for the monitor directly onto my existing tall shelf. I got longer screws for this job because I really wanted it to be sturdy: 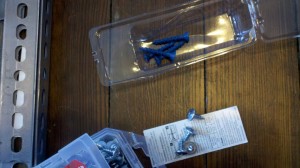 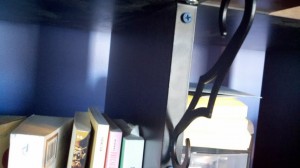 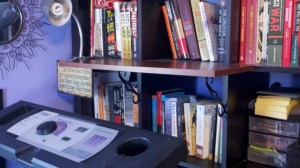 Next, it was time to put in the bottom shelf for the keyboard. After installing the moulding, I did exactly like in the video, and it worked great. 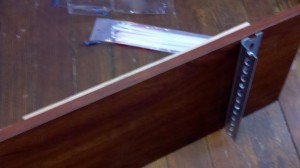 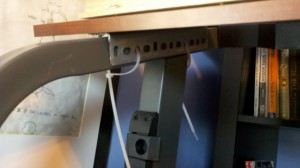 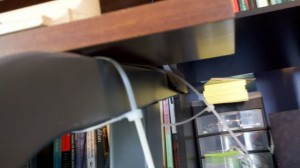 And here’s what it looked like after I installed the keyboard shelf:

Finally, I was ready to install the keyboard, mouse, and monitor. J. had an extra monitor, and I still had my old keyboard from when I upgraded my keyboard a couple weeks ago to a gaming keyboard. The mouse is wireless, so I can just take it with me based on where I’m working. I mirrored my monitors, so it’s an easy switch for when I want to change positions as well. 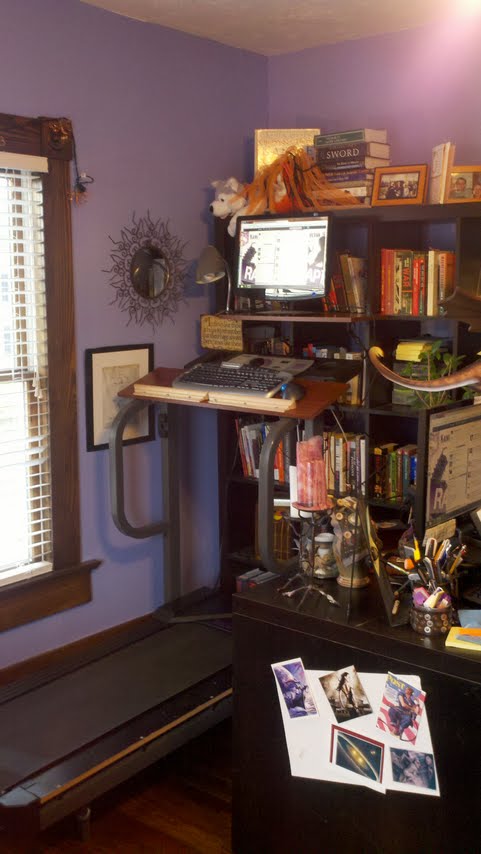 I’ve got it going at about 1.1 mph right now. It took a few minutes to get used to, but so far, the extra brain power it takes to walk and type at the same time actually keeps me more focused. I’ve also been on here nearly 50 minutes now and I barely noticed the time slip away… you know, like it does when you’re playing WoW for four hours or sitting for two and a half hours writing guest posts or something.

So far, I’m really digging it. Looking forward to changing up the way I work!