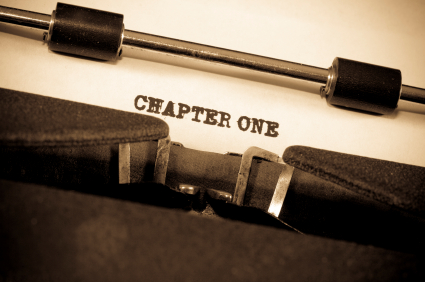 I’ve been going through some behind-the-scenes growing pains in my whole writing fiction career thing right now (a popular place to be at when one finishes a trilogy, I hear), which good sense and propriety says not to detail too publicly. This is against my nature, as longtime readers will know, so I’ve had to deal with venting privately to family and friends. Which, if you’re somebody who processes things best by writing them down, isn’t ideal at all.

Suffice to say that dealing with this “quietly” involves me thrashing around a lot while making some tough decisions that I’d rather not make. The easiest thing in the world is to just maintain the status quo, and just keep doing what you’re doing, but you’re not going to grow or change if you just keep doing the same old crap.

But change sucks. Change is scary.

Sadly, I’ve been dealing with this stress in rather disordered ways. I drive around aimlessly looking at useless items I don’t need (I wander around Walmart two or three times a week now. Just…wandering), order high calorie foods and then throw it away half-eaten (sometimes not even eaten. I just buy them and throw them away. Freaky, right?), sleep far too much (I could sleep for 16 hours a day, happily), drink a lot of Coke Zero (which makes the sleeping more difficult), and don’t get enough exercise (exercise would actually help me burn off all the anxiety, but exercise requires motivation, which I lack right now).

That said, writing a book without a definite publication date is a little freeing. So I’m trying to concentrate on the freedom part instead of the “Holy fuck what the fuck” part. This is a pressure cooker type of business, where if you’re not constantly producing content, you feel like you’re going to get left in the dust. I’ve put out three books in the last two years, but to keep that up, I have to have another book done by the end of this year in the hopes I can make a 2013 pub date, and then immediately start another book so I can get it in the queue.

I can do that, sure.  But what I can’t do as well is market and promote those books at the same time while juggling my day job. The book-a-year thing means you’re constantly writing and promoting a book.  Yes, I know, there are folks writing 2-3 books a year and who have day jobs too, but that just isn’t me. Doing this is difficult for me to achieve in a way that’s healthy, primarily because of my unhealthy ways of dealing with stress.

If I’m going to do this, I have got to figure out the stress thing. If I don’t get that figured out, this shit just isn’t going to be any fun.  I know it’s time to get back to the boxing gym. Because let’s be real – you can only wander around Walmart so much before it starts to depress you even further.

I do so much better when I feel like I have some measure of control over things; when I’m doing something. That’s why my first inclination when I’m stressed is to go on vacation, travel to India, or sell off my house and get a house boat and sail around the world. Sure, running off into the sunset doesn’t make your problems, or your stress, go away. But it does put things in perspective. I care far less about how fast I type when I’m moving house, or trying to figure out how to find a bathroom in rural China, or selling everything I own so I can buy a beach house on Lake Erie.

But when I can’t do those things – when I feel buttoned down, like I can’t move – it’s off to wander around Walmart, buying and throwing away soft pretzels like some nutty freakshow.