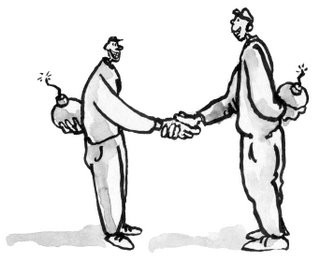 I was always OK at writing the Big Conflict in a novel. You know, the war, the genocide, the revolution, the revolt, the coup, the big hulking thing that the novel centered around. But it took me a lot longer to figure out how to write about interpersonal tension, and longer still to realize that it was often the interpersonal stuff that interests me most, and keeps people reading.

I’m currently in the process of creating a “what do they want?” cheatsheet for the characters in my next novel, LEGION. When I first started writing book length stuff, I had these elaborate character cards full of all long, boring details about people.  They were way overly descriptive, and took far more time than they ended up being worth, since I’d change a lot of the details as I went along anyway.

These days, I might have a paragraph description of somebody and their major Issues, sure, but I don’t consider the physical descriptions of my characters as all that vital to the character building process anymore. Not like it used to be. Now, the most important questions I have to answer about everybody are:

That tells me what my primary conflicts are. To figure out my secondary conflicts, I look for reasons that the people I threw together might not get along. Maybe somebody hates peanut butter because they believe it’s morally wrong to eat it, and they’re forced to travel with a person who owns a peanut butter factory. Maybe another person is allergic to dogs, and somebody else can turn into a dog. You get the idea. There should be a mix of stuff, though – seemingly small stuff like that and other stuff like, “Character X is a drug addict. Character Y’s mother died of a drug overdose.” Or “Character A’s village was burned by Character B’s people.”

These are secondary conflicts that get played out during those transitory periods between the major conflicts. So you have your main plot bumping along, and your primary character arcs (that what do they want/what’s stopping them/do they get it thing), but along the way there are these secondary or even tertiary bumps that make things just a little bit more difficult. They make bad situations worse. They might even cause an already stressed character to go off the deep end. I found out as I was writing the GOD’S WAR books that these were actually the conflicts I enjoyed the most, because they created a deeper tension to each scene. Now people weren’t just expositing dialogue. They were verbally sparring with one another. You could start to see the heat on the page, and you started anticipating when some character was going to lose it and stab another one in the eye for making fun of the way she shot a gun.

Sometimes I think this is why I often thought “plot” was so boring. I saw plot as a series of events that kept a character from achieving the goal of the story – usually, stopping the bad guys. I didn’t see it as the complex interplay of characters, all with different motives and agendas, pissing each other off on the way to attempting to accomplish something.

Sticky, unstructured, opposing forces smashed together in pursuit of parallel-but-possibly-opposed aims are just so much more interesting to me than “let’s just all save the day cause it’s the right thing to do, mmmmmkay?”