On Internet “Bravery”: This is not Nazi-Occupied France, Folks

My grandmother grew up in Nazi-occupied France. When she was nineteen, she and her friends found a Nazi boot containing a severed human leg while walking along the river. For every Nazi the French killed, the Nazis would kill ten French citizens. So how many would the Nazis kill, my grandmother thought, for a severed leg? She and her friends huffed the boot and its fleshy occupant back into the river, and spent the next month waiting to hear how many of them would be shot in the street.

Compared to my grandmother’s problems, there’s nothing I experience online that can compare. I’ve been living loudly online for ten years, getting my fair share of abuse and threats, but -vastly more often – grateful notes for having the courage to speak boldly. My grandmother’s stories gave me a great deal of perspective – on both life and the tactics of terror, and how silence serves a darker future. Unchecked hate can be insidious, and creep up and consume whole swaths of a culture before they even know what’s happening. Which is why you have to keep speaking, and fighting for a better future.

I’ve had a lot of comments the last few days, after my article about the Hugo wank was published in The Atlantic, about how “brave” I am. The post has generated, I’m told, nearly 1,700 comments (no, I don’t read the comments). I had the very amusing experience of muting about 45 people over the ensuing few days.

But when people call me “brave” for having an opinion on the internet, though I know they mean well, it rankles. Because really, the extent of my “bravery” was saying yes when someone asked me to write an article, changing all my social media passwords in preparation for the deluge, spending a few minutes muting people on Twitter, and not reading the comments or ensuing commentary on other blogs. 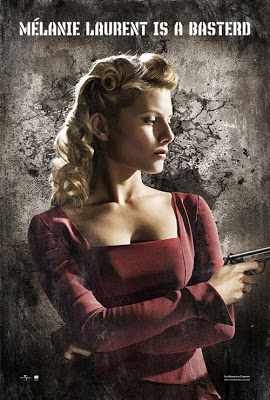 That’s it. In truth, my weekend was pretty pleasant. I got a ton of yard work done, spent quality time with my spouse, and worked on THE STARS ARE LEGION. On Friday, I even completed a new book proposal. Busy bees are busy.

I hear people say, more and more these days, that they are fearful to say anything online. Fearful to have an opinion or a position that might be seen as “controversial” even if it’s, you know, truthful. And that really bothers me. Maybe it’s just that I came of age in the feminist blogosphere, where any time you waded into a discussion, you’d end up marking “rape threat” on your bingo card about four comments in. Or maybe it’s that I’ve had three actual people I know with the emotion and means to kill me actually threaten to kill me, so some dudes wanking at the mute wall in my general direction just doesn’t compare.

My grandmother often carried around a bullet that she said came from two planes which were in a dog fight overhead. She said you could tell which planes were German and which were American by the sound of the engines. A stray bullet from the dogfight grazed the side of her head and embedded itself in the wall behind her. If we asked, she would lift up a hank of hair and show us the long scar. She dug out the bullet and kept it with her all through her long journey from France to the U.S. When we asked her why she said it was because, as a life-long Catholic, she believed that it meant God had spared her for greater things. She was meant to endure. She was meant to live.

So when you ask me if I’m afraid of the internet, and the self-entitled wanker of the day gaming awards, or the five hundred people who yell at me on Twitter, or some internet personality having a meltdown in my general direction, I think of my grandmother throwing that severed leg back into the river, and I say, “You’re kidding, right?”

There’s a future I’m meant to be a part of. We are building it one narrative at a time.

Yes, change is incredibly terrifying, and there will be pushback and threats and dudes on the internet loudly declaring that you are a big vagina as if that is the worst possible thing a human being can be. But this is not yet Nazi-occupied France, my friends.

Are there ramifications for speaking up? Sure. Muting people can get tedious. But you’re still more likely to be hit by a bus than shivved by a sobbing internet mob.

We are made of tougher stuff than we can ever imagine.