On Twilight Fan Fiction, Content Mills, and the Strangling of Creativity

I’ve always been fascinated by the idea of a content mill. It’s about creating a high churn of work at a very low price. It’s about blasting out as many messages as possible – it’s pure, useless drivel. Best of all, it makes us feel like we’re actually achieving and accomplishing things – look! This is out! Now this! Now this! – when in fact we’re just spinning our wheels.

The more churn work I’ve done (at the request of paying parties), the more it got me to thinking about why we continue to do churn when it doesn’t work. And I realized it’s the same reason people are willing to take a chance on a book that’s a knock off of another book but not on something wholly original. We do it because it’s safe. It’s traditional. It makes us feel better because if it DOES fail, we can back up our decision by pointing to something like it and saying, “But yes, that over there worked and it was like that! Just like it!” But if it’s something new, if it’s something you took a chance on, then you have to be responsible for its failure. It was you, and you alone, who chose to let that crazy ad run, or who picked that wacky book that reads backwards. Of course, what’s best of all is that at the end of the day, we can hold up all this work – ALL THIS WORK! – and proclaim that we have done something, accomplished something. 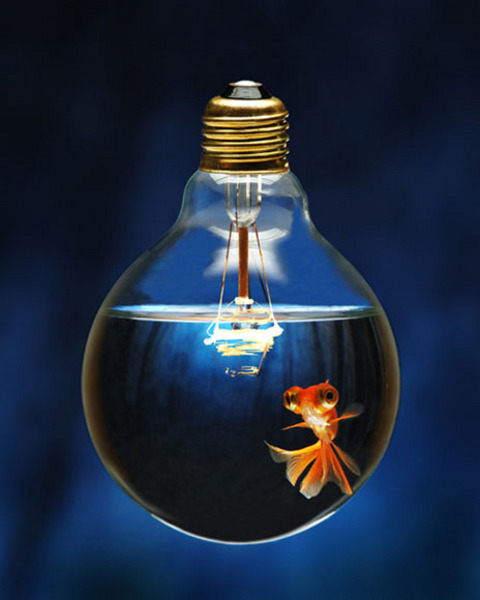 Look! I finished a story! Yes, it was just dialogue between two Twilight characters somebody else made up, but I finished it! And Ok, that’s cool. You’re learning your craft. And hopefully that sort of thing delights you, so you do it cause you love it. But when we do that sort of thing professionally, when churn becomes part of a marketing strategy so we can hold it up and say, “Look! I worked on 50,000 projects this year!”  Then that’s… less fun. We’re not achieving anything. We’re not thinking smart. And worst of all, from a creative person’s perspective, we’re not having any fun. It’s how you burn out. I wonder sometimes, how many authors with 4-5 books coming out every year actually really hate writing.

I’ve done this before with books. I’ll bang my head against something trying to make it fit into some traditional box, and I hate every minute of it. Because I’m not passionate about it, I don’t believe in it, and I think something else is better, it ends up sapping the energy you need for real projects. Creative projects. Break-out stuff.

Why are we so afraid of new stuff? Crazy stuff? Breakout stuff? Why do we say creativity is so important and then strangle it? Because if you’ve worked at any creative marketing or advertising agency, you know what I’m talking about. The client who says they want a new tagline or mission statement, spend several thousand dollars and several months going over them with you, and then decides that the old one was actually fine. Or the folks who ask for junk content – fast and now – instead of good. I get content mill goals, I do – but if your goal isn’t just to create content as part of a campaign to combat negative PR, you shouldn’t be producing junk.

Where’s the value? Why do I care?

I don’t generally talk a lot  about marketing here – not unless it relates to my fiction – but I’ve been finding a lot of parallels recently between the way creativity is viewed by business people – whether that business is publishing or retail or healthcare or whatever. We want something creative right up until we don’t. We want you to bust the barn doors open right up until you do. Right up until you scare us. And then there’s the big intake of breath. The terror. The big eyes. The realization that if they let you do this – if they decide to let in your book, or your project – that they have to take responsibility for its success or failure. That’s hard. Failing is hard. I get it.

But as a creative person, you have to learn how to deal with this sort of thing, this fear. Not just your own, which you deal with all the time, but the fear from other people. The terror at new stuff. At looking at the world in a new way. Because when they tell you to push and you push and they yell at you to go back, you… have to go back. Or, in the case of fiction, perhaps, go around, or go through, or go to Kickstarter.

People spend a lot of time teaching you how to be creative. How to come up with ideas. How to write them faster and better. How to overcome your own fears and push further. But what we don’t’ talk about a lot is how to deal with *other* people’s fear and uncertainty. How to push a concept through. How to persuade and sell a publisher or a client that your idea has merit. How can you convince somebody that you have enough of an audience out there who’ll pick up your book and say, “Oh wow YES this book was written just for me!”  Not unless you already have a built-in audience.

What’s up with all this fear? Why is everybody so scared to fail?

I started doing my best work when I stopped caring what other people thought. I stopped fearing failure. I just… didn’t care. Nearly dying sorta does that. It’s like, “Well, fuck, I could be dead tomorrow so I may as well do what I want.” Or “Well, I’ll either be laid off or I won’t, so I might as well pitch the stuff I love.” You’re going to get published or not. People will buy things or not. You’ll get fired or not. Playing it safe doesn’t help anyone. You’re just delaying the inevitable. And hating your life in the meantime. I had a safe job for three years in Chicago, and was bored to tears (sorry, guys). It was a good job, but I never took it anywhere. I never risked anything. I decided to concentrate on the books, instead, and so even though those weren’t selling, at least I could say I was having fun in the meantime.

I think it’s like the fear, thing, really. You have to stop caring. You have to realize it’s not about you and your idea. It’s about other people and their fear. Fear of new stuff. Fear of their own failures. Fear of… fear of, I don’t know… fear of being great, maybe. The same stuff I was always afraid of, and then gave up because fuck it all life is so fucking short.

I’ve gotten pretty good at dealing with people’s fear and rejection. I’ve gotten better at just being an order taker when they want something fast and generic. But I won’t lie – there’s a little part of me that dies sometimes, when I realize we’re going to put out the same churn. When I see an editor pick up a book that looks exactly like the one from last month. It makes me question how I’m spending my time, and whether or not I can spend it better.

Fear. It’s so weird to get to the place where I’m not afraid anymore, but now I have to figure out how to manage that same terrified resistance in other folks. Yes, we could all be fucked tomorrow. But you know, we could all be hit by a bus tomorrow… and how do you want to go out? Knowing that you took a risk, took a chance, made a bold move… or that your bold choice was picking up another Twilight knockoff or sending out yet another postcard with “Virginia is for lovers” splashed across the front?