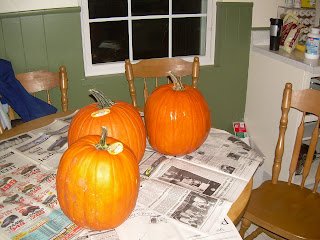 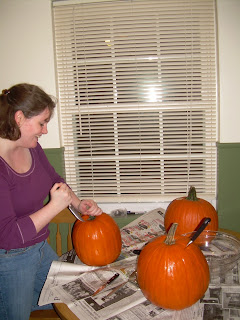 Stephanie holds their fate in her hands…. 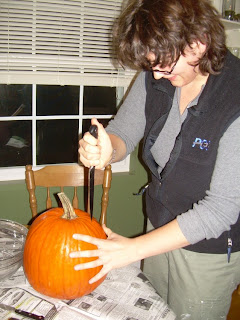 I have all the right tools for the job. 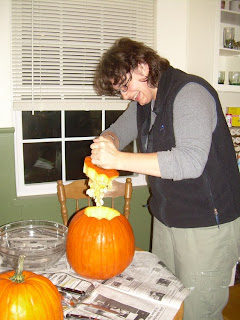 Just call me the eviserator. 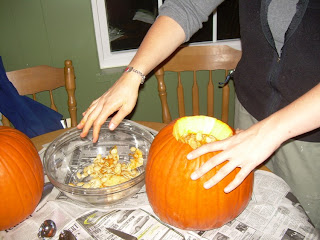 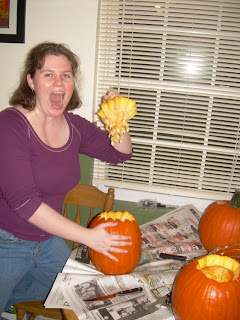 Around here, we don’t need costumes to be scary. 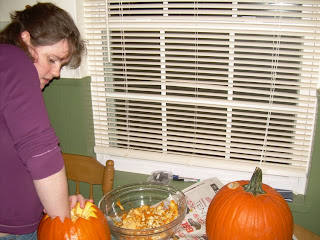 Gutting nubile corpses is tough work, even for brutal women…. 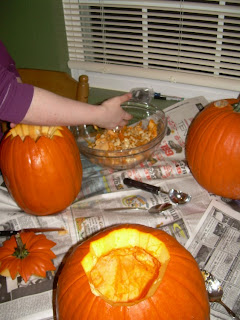 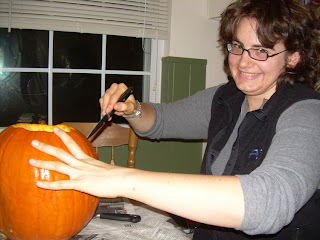 I take sinful delight in my work. Really, who wouldn’t? 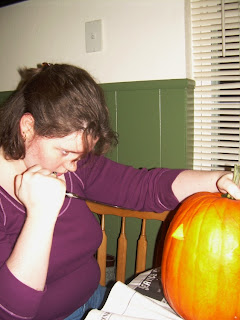 Stephanie has a surgeon’s skill paired with a grave digger’s sense of urgency. It’s a deadly combination. 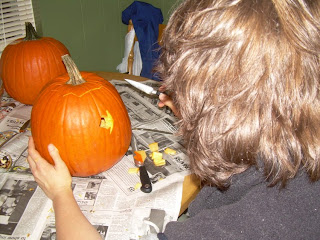 There’s more where THIS came from…. 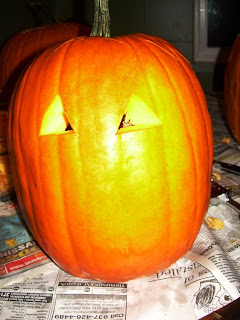 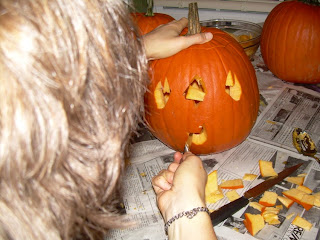 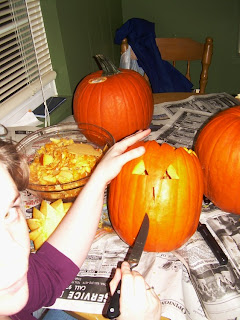 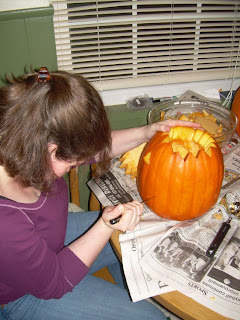 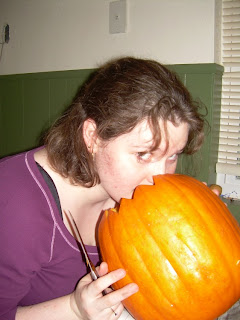 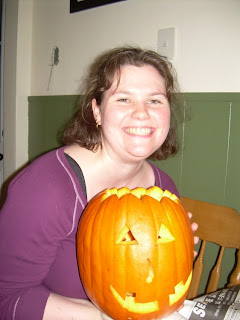 The resemblence is STRIKING. 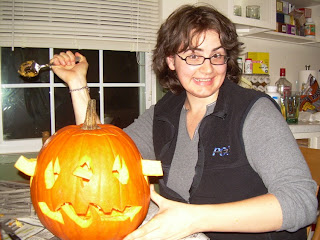 Sometimes I even scare MYSELF. 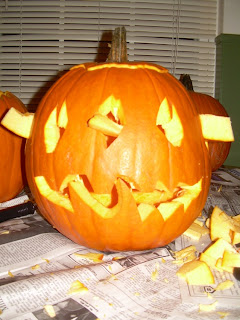 And then I see THIS FACE: and I am truly TERRIFIED!!!! 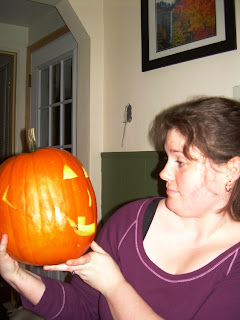 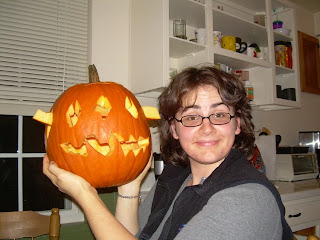 I, however, have moved quite quickly from awe to shock to horror to pure, unadulterated batshit-crazy lunacy. Pumpkins have that effect on me. 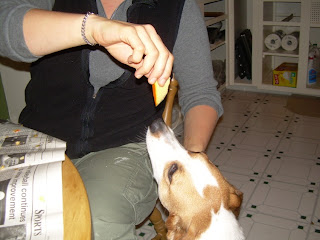 Later, we teach Tessa to feed off the remains. It builds character. 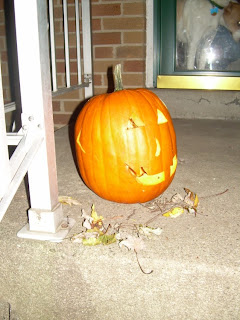 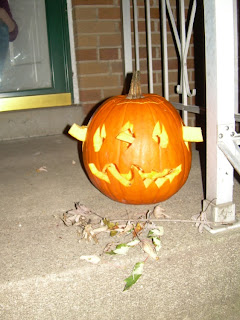 Mine takes the right. 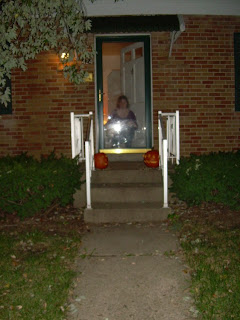 Our terrifying creations complete their journey from nubile, fresh-faced pumpkins to brutal jack o’ lanterns in just one night.

They’ll thank us in the morning.