There’s no need to think at all during the course of this movie, and that’s a good thing, too, cause thinking would much diminish the experience.

Instead, the filmmakers have happily allowed the viewer to forget all that plot nonesenese alltogether by making Milla Jovovich JUST THAT KEWL: 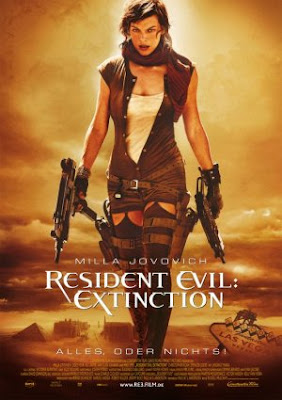 There are zombies, and some kind of council, and clones, but it doesn’t really matter at all because, THERE IS MILLA JOVOVICH AND SHE IS JUST THAT KEWL!!!!! 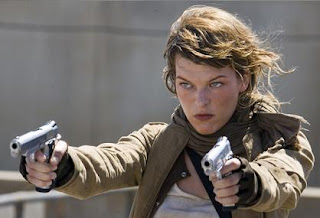 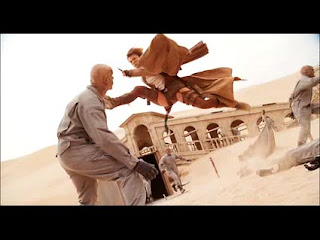 OK, it needed more Jedi and less cloning, and, um, an actual plot and story BUT I DID NOT CARE. At least, not when I was watching it. 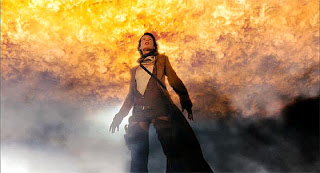 At some point, I turned to my date and said, “Someday I will be as cool as Milla Jovovich.” 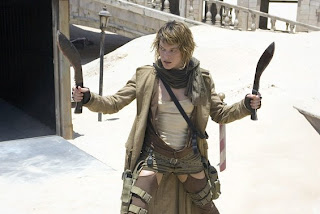 OK, actually I said this about three times. Why he agreed to a third date, I do not know. 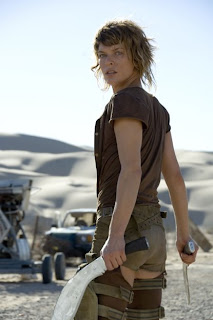 Maybe because someday I will BE AS COOL AS MILLA JOVOVICH!!!!! 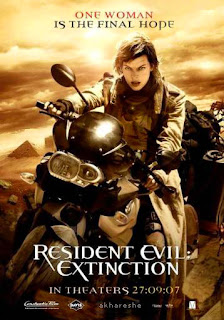 And yes, this is exactly what the God’s War movie poster would so look like, only without the Las Vegas sign, and she’d be wearing a billowing burnous, and would be broader and buffer: 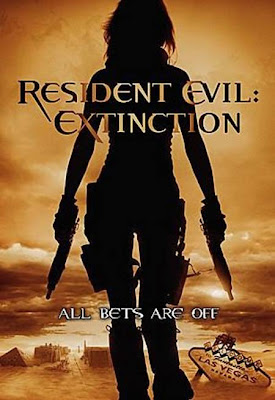 Also, the God’s War movie would have plot and character and no lame clones.

And somehow, against all odds, all comprehension NYX WOULD BE EVEN COOLER THAN MILLA JOVOVICH!!!

Hard to believe, I know.