Surprise! I Have No Idea Your Book is Coming Out

I was listening to a podcast about the Hugos yesterday, and then this morning I read a post from another author about how, you know, as an author – especially fifteen+ years ago – you weren’t expected to do a lot of self-promotion. In fact, one of the reasons I got into this, too, was because it was a profession that would let me sit in a little room and write by myself. As an introvert, this was about the most perfect profession I could imagine. I didn’t have to hang out with people. I could just… work. I didn’t have to worry about getting judged on the size of my ass, or my unhip shoes or poor fashion choices. All I’d be judged on is the work.

This rosy land where nobody ever had to do any self-promotion is bullshit. Orson Welles was a huge self-promoter. So was Charles Dickens. Literary folks did readings and events all the damn time. And yes, a lot of them fucking hated it.

I fucking hate it too.

BUT THE WORLD IS FULL OF THINGS.

It’s a busy, noisy place full of distractions. There are dozens of video games coming out every year. Count indie games and we’re talking hundreds. There are tens of thousands of books. And let’s not even get into cable channels, podcasts, Youtube videos, blogs, and all other manner of storytelling mediums vying for people’s attentions.

Humans love stories, so yes, this is a good place to be in. But you’re competing with every other storyteller out there for attention.

I would like to say that isn’t so. But it is. People only have so much time. So much bandwidth. You’re either top of mind, or you’re not.

And guess what, those of you reading this and saying, “BUT I HAVE THIS LOVELY PIECE OF ART.”

Newsflash: LIFE IS NOT A MERITOCRACY.

Shit does not sink to the bottom of the bowl. Quite often, it burbles up to the top, given life by shit-fisherman or some rich dude’s uncle who really likes eating shit and so can’t get enough of the stuff (see: Uwe Boll). You can write the best fucking book in the world, but if nobody knows it’s out there, nobody’s going to read it.

Of course, now I say this and I know I’ve got a bunch of beginning writers shaking their fists at the sky and going, “YEAH FUCK IT I’ll SELF PUB AND PROMO THE SHIT OUT OF THE FIRST STORY I EVER WROTE!”

Your chances of getting into this game assbackwards like that are really low. “Hey, I’ll throw some half-baked piece up on Amazon and tweet about it a lot!” You might get some people to buy a load of your shit, it’s true. I’ve seen a lot of shitty, deeply shitty, books sell a whole hell of a lot more copies than books so good I’d like to be buried with them. But those are people who are either 1) lucky 2) very good self-promoters or 3) some combination of both.

And let’s be real – after you sell one piece of shit, all you’re going to be selling next is another piece of shit, and how much longer can that go on? I mean, if you get your cool million, great, congrats, but let’s think long term.

Your best shot at this game – always, always FUCKING ALWAYS – is to be a good writer. Even affable networking wizard Myke Cole will tell you that.

So, now that THAT’s out of they way:

Once you can actually string two fucking sentences together, and you sell a book, hey! Congrats to you! But unless you sell it for some six or seven figure advance, nobody is going to help you past the “Well, it’s published!” point. If you are very, very lucky you will get some support from one or two very, very overworked publicists who are lovely wonderful people who are working on promoting over a dozen titles in addition to yours. Publicists are fantastic and I want to hug them to pieces, but they can’t move mountains for you, my friend.

The truth is that when it comes to awards season, or the week or month your book comes out, if you haven’t been talking about it in some way – on Twitter, in blog posts, even fucking Facebook – then chances are MIGHTY that other people don’t fucking know about it. And if other people don’t know – book bloggers, others writers, fandom in general – then NOBODY knows.

And when it comes out, well…

It comes out into a big old noisy world and drops like shit to the bottom of the bowl.

Sure, you may get lucky. Your book may be so extraordinary, and so timely, that it takes off. You may get somebody at USA Today to like your book, and they post a positive review, and that venue’s big enough so now EVERYONE is talking about it. These things happen.

But you can’t predict them. You can’t count on them.

I just found out via a single tweet last week that a fav author of mine has a book coming out in, like, a month or two. It was on no book blogger’s lists that I’ve seen. I’ve seen no information about it at all online, except for that single tweet. So I added it to my wishlist.

But how many other people saw that single offhand mention?

Maybe you’re an author who is beloved by bookbuyers, so promotion online isn’t a thing. But I can tell you this, as someone who is beloved by only one bookbuyer (that I know of! And thank you, I love you!): sometimes you have to push from below. Sometimes you aren’t going to get the people at the top interested; that’s when you need to switch it up. And if you can’t, things are going to be even rougher. Not impossible, no, you get lucky. Stuff takes off. But it will be harder. So much harder.

I hit this when God’s War came out in the UK. When sales numbers came back after it was released last year (yes, it came out in MAY last year – how many of the folks that know it’s out in the UK now actually thought it came out in JANUARY of this year, hmmm?), I was horrified. There were all sorts of reasons for the low numbers, the chief one being that the bookbuyer at Waterstones had changed, and they were buying far more conservatively when it came to new authors. If you weren’t a Big Dude, it was likely you weren’t taking up much shelf space. I wasn’t the only author this happened to. It’s been an oft-discussed issue in writer circles.

There was some stuff I could do, in response. I could cry into my cornflakes about how shitty publishing is, sure. But I’ve done that already. And frankly, it makes my cornflakes taste shitty. So instead, I decided to actually do something.

Even if it meant nothing. Even if it didn’t change anything.

Because then at least I was fucking DOING something instead of whining about fucking publishing.

I am so fucking tired of people whining about publishing. Yes, it sucks. Let’s whine about it.

BUT THEN PUT ON YOUR FUCKING BIG KID PANTS AND GET TO FUCKING WORK.

I created a marketing calendar for January, back in October, and started calling up everybody I knew and scheduling posts. I scheduled a Goodreads giveaway. I worked with the Del Rey UK folks to host a new Nyx short story, for free, on their blog. And I started to say yes to cons and other opportunities that month.

It was going to be all Kameron Hurley month, all the time, because fuck this noise.

And fuck the people who got fucking sick of me.

Did any of it make any difference? Oh, who knows. Maybe I sold 20 books or something. I did get two invitations to conventions this year, which tend to be really hard to get on programming for. So that’s something. And I connected with a whole lot more folks than I knew otherwise.

I also got a lot of reader feedback, feedback like this:

A book that had been out for nearly 8 months in the UK, with “award winner” on the cover and Big Name Author Blurb.

It is NOT a meritocracy.

This is a noisy business. It’s a noisy field. Let’s not pretend it’s a meritocracy. Don’t pretend shit sinks and flowers escape the toilet bowl. That isn’t how it is. It’s never been that way.

All you can do, as an author, is position yourself as best you can, make people aware of the work, and then go back to fucking work. Because right now? After my January blitz? I am back to banging out novel words.

But in September? When THE MIRROR EMPIRE comes out? You all are going to get completely sick of me again, because I’ll be back.

Being an author is different than being a writer. If I just wanted to be a writer I’d give up novels and stick exclusively to corporate copywriting.

Do you want to be a fucking writer, or an author?

Because this is the fucking game. 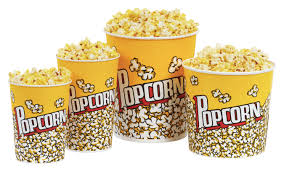