The Body Project, a Prelude (or, your body is a battlefield)

My body has always been a place of battle.

When I was younger, it was personal, self-inflicted strife encouraged by schoolyard taunts of “water  buffalo!” and “pig!” supplemented by family matriarchs who were permanently obsessed with the width of their own asses (and, very often, mine and that of my siblings), despite advanced degrees, working class jobs that soon became high-powered ones, and increasing awards and honors. 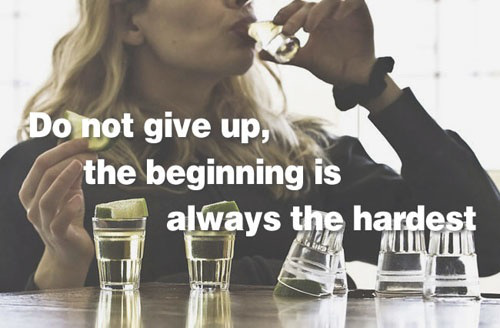 Near-death helped me put my body project into perspective. Three or four hours of exercise a day to maintain a still pleasantly plump physique seemed overkill. Hating myself when death had been so close seemed the worst sort of irony. So I gave up hating myself.

It was weirdly liberating.

But giving up on one’s self-inflicted angst does not magically erase the pressures of a society that hems you in from all sides.

As I’ve become more successful – written award winning books, got my own respectable job and advanced degrees, raked in freelancing work, and paid off debts, the headspace I retained for my body project – for the relentless hours a day required to maintain my pants size – dwindled.

It made more sense to focus those extra hours on money-making ventures now, while I was in my prime. This was the time to make the money and connections and (hopefully) book deals that would pay residuals in my old age.

Now was not the time to spend hours invested in worrying over the size of my ass.

So though I continued to put in time at the treadmill desk and the occasional workout video, I spent more and more time working toward career goals, and less concerned about the societal and family woes of body hatred I’d lapped up since birth.

It wasn’t until I tried to get my ass into an airplane seat for an international flight a couple months ago that I realized I was about half an inch of ass away from not being able to fit in one anymore.

Practicality is important. I like to travel. This was a real concern. I needed to work my way back into a comfortable seat.

If that was all the concern I had, though, it would hardly warrant a project. Let alone a post.

But the map of the professional writing world is changing, too. And it wants to relentlessly haul my ass around with it.

Far worse, and more troubling to me, is the emphasis that my chosen profession, writing, is starting to put on personal appearance, and how that appearance, of course, has to adhere to general societal norms. And that meant acceptable levels of corpulence. The level of corpulence allowed for women, even geeky ones, is far outside even my maintenance weight.

This shift meant that all the energy I was spending on real, tangible projects – some that, like my fiction, may outlast my corporeal form – had to be turned back to the body project if I wanted to participate with even the minimum amount of expected heckling and harassment.

I’ve been asked more and more to complete video projects, not just for fiction endeavors – acceptance speeches, video blogs, Google hangouts, taped panels, and the like – but also for job interviews. Yes, really. I realized, with increasing unease, that being both female and fat were two huge strikes against me in any video medium, no matter what I thought of myself. I was going to have to be twenty times as brilliant with a waggling chin and wide ass than my male counterparts. Because as much as I didn’t hate myself, and was happy to toss a couple years worth of body project hours into actual, tangible accomplishments the way a dude would, it wasn’t my immediate accomplishments I was going to get judged on by casual observers. I’d be judged on whether or not I had the “discipline” to take up less space in the world. 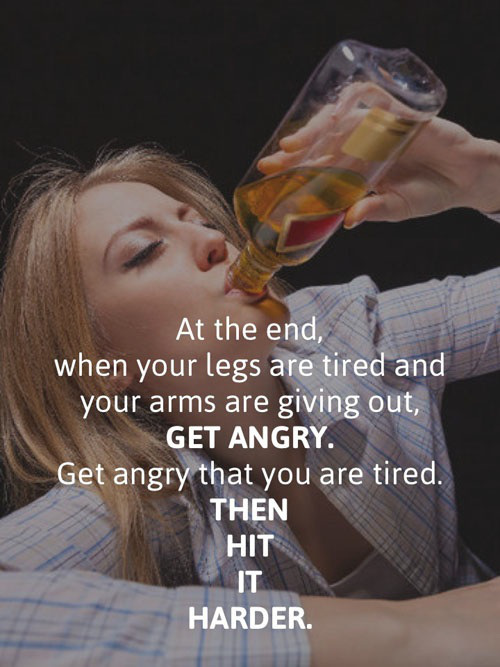 There’s a reason I keep photos off all my books. I’ve been well aware since birth that, as a woman, if your appearance did nothing to advance your cause, best not to flaunt it.

When I was in high school, there was a brief period where I flirted with the idea of giving up writing to pursue acting full time, because I was pretty decent at it. I still pull on my theater training to accomplish extroverted events. But I quickly understood that if you’re heavier or taller than the chosen male lead, your chances of being chosen to star across from him are incredibly small, no matter how rockin’ your talent. And despite my body hatred at the time, I’d tried and failed at winnowing myself down to anything less than a size 14 (in truth, body hatred has never led to sustained maintenance, only more hatred and yo-yoing).  Only severe illness and near death got me to a “normal” weight in Chicago. To get within ten pounds of that in Alaska, I spent three hours a day at the gym, six days a week, and lived on eggs, rice, mixed veggies and string cheese. For a college kid who found school very easy, giving over this much time and headspace to a body project was a chore, sure, but not impossible. I could look more or less “normal” by dedicating my entire life, from waking to sleeping, to acting supremely abnormally.

Obsessing over a body project left me less time for real work. For writing. For speaking. For activisim.

I figured out early on that writing was the better bet. I could look the way I looked – wide and frumpy, with a decent right hook – without my talent coming into question. My talent was all on the page.

But video and the rise in insistence on author images is changing my perception of how much I can rely totally on talent.

Pursuing my writing career wholeheartedly – while having a limited number of spoons since diagnosed with my illness – has meant a number of tradeoffs. One of those was the definitive decision not to have children – which, to be dead honest, was more relief than tradeoff. Another was realizing that in order to have three full-time jobs – copywriting day job, freelancing for three clients, and writing novels – the endless body project had to go.

Now, looking at my aversion to video and addicition to international travel, I’ve had to let go of some of the hustle to focus on the ass, which twists my insides so badly I can’t even articulate it properly.

Spending three hours at the treadmill desk a day, writing blog posts like this one, is a nice exercise in multitasking, but adding an hour on the indoor bike and another half hour of strength training to that requires a lot of headspace that I could be spending, say, writing another book.

Yet here I am. Body project ahoy.

Some folks may cheer and shout happy motivational phrases at me. But really, how healthy are those motivating work-your-body-project-til-you-die quotes? What if we applied them to some other obsession, like alcohol or drugs? Maybe we’d be better off applying them to real things, like the pursuit of social justice. 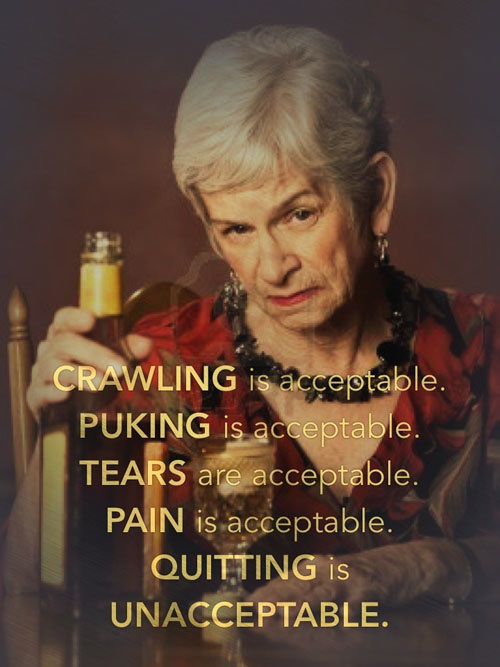 One of the perpetual rages I engage in is this realization that though I may seek to live in a space outside of the wider culture, the wider culture goes on happily without me, and is still happy to judge me by standards I could give a shit about. I can hold up my list of accomplishments and quote my salary to my heart’s content, but that doesn’t change the fact that if I start video blogging tomorrow, the first thing a new viewer sees is a fat woman, and they bring to that viewing all the societal baggage that comes with that. No matter my salary and list of awards, every time a new photo of me pops up on Facebook or in Locus I suspect that there are certain family members who will cheerfully offer to pay for me to go to Jenny Craig before praising me for my many and varied accomplishments.

So goes the battlefield of the body. It’s the knowledge that no matter if you sell a million copies of a book, or get an HBO series, or make six figures a year, you will still be viewed, judged, and measured by the width of your ass and the jiggle of your chest.

It is having to choose – every year, every month, every day, every hour – which cause I should devote a spoon to. Another hour on the treadmill? Or another story for the mill?

Often, it’s not both. It’s either/or.

You have energy for one. You will be judged, regardless.