The Business of Writing: A Rant About Audio Books, Covers, and Contracts 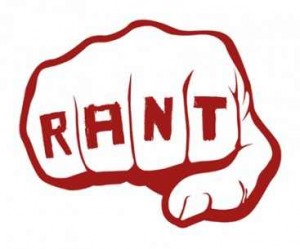 One of the most annoying and astonishing parts of being a writer is how little control you have over an actual book once you sign a contract. Unless you get it written into your contract, you don’t contractually have a say in what covers end up on your book or whether or not anyone consults with you about marketing initiatives, or who gets your book to review, really (or in what stage – lots of strange ARCs come out that are missing whole chapters; not mine, but you get the idea), or who gets to narrate your book or even if you’re consulted on how to pronounce anything in your book for the audio version. Unless you have it written in, nobody is going to even send you complimentary copies of the Science Fiction Book Club version of your book, or your audio books. And, in fact, even if you have all this stuff written in, unless you and your agent make a big stink about it, a lot of this stuff gets dropped, misplaced, or overlooked anyway due to the sheer Crazy that is the publishing buisness.

This is good stuff to know, of course, so you can write all that crap into your contract next time. But it wasn’t exactly top of my mind when I signed my first contract (mostly, at that stage, you’re just like OMG BOOK CONTRACT OMGGGGGGG!).

I knew authors got screwed a lot. I expected it. I just wasn’t sure at all how to mitigate it.

Stuff like what I talk about below has happend to many, many authors. Many, many times. It’s pretty typical of the industry, so I don’t want anybody to think I’m bashing anybody. This is just What Happens. But because this is just What Happens, well… that’s a problem too. I just don’t buy that because something happens to a lot of people, that it’s the greatest thing in the world and we should just roll over and not talk publicly about it. In fact, I think it’s something we need to challenge and interrogate, because it’s a silly way to do business. And, let’s face it – with the rise of self-publishing, more and more fans are coming straight to authors and demanding why it was a book was created/interpreted a certain way.

And as authors, we need to have some good answers.

When I was signing books at Chicon, a fan handed me a hardcover version of GOD’S WAR that I’d never seen before. I was a bit in shock, and asked if it was some kind of library version. My brain was desperately trying to figure out how there had been a hardcover version of GOD’S WAR that I didn’t know about. Maybe some library somewhere just turned the cover into a… a dust jacket or…something?

It turns out that the hardcover version of GOD’S WAR is actually the limited print run created exclusively for the Science Fiction Book Club. I knew we’d sold these rights because they showed up on my royalty statement, but had no further knowledge of the deal because, well, my publisher owns those rights, and legally, they don’t need to tell me anything about those deals except what my cut is.

In fact, the only way I could get this hardcover version of my own book was to join the SFBC for myself and order five copies.

Which, when you start to think about it, is kind of fucked up.

But the oddness of that does not compare to the weird Audible versions of GOD’S WAR and INFIDEL that just came out, which I also knew I’d sold rights for but which I still have not seen the contracts for, because hey, again, sub-rights.

I was pretty hopeful for the Audible versions of the books because I knew several other Night Shade authors who were bundled up with the same Audible deal, and they all had folks contact them to ask how to pronounce the names in the book. I sat here on my hands waiting for the call/email/semaphore from Audible…

How did I learn about the availability of my audiobooks then, you ask? Why, I learned about it from a reader on my Facebook page!

I was able to download it (for just $24.95) and listen to it myself, for the first time, with everyone else.

Knowing nobody at Audible had contacted me, I expected it to be a lot worse than it turned out, but maybe that’s not really saying anything. Part of me was terrified they’d try and get a narrator to do an Arabic accent (not just because, whoa, yeah, white narrator [always white] doing Arabic accent but also because these people don’t actually speak Arabic(!) Which you’d only know if you asked me). So, you know, it could have been worse. It can always be worse.

As it turned out, the narrator they chose largely does YA books, and she does them very well, but… um… well, GW and IF aren’t YA books. They are Very Adult science fiction.

I realize I can’t expect Jennifer Hale to go all FemShep on this thing, because, you know, MONEY, but at the very least, I expected somebody like the narrator at Escape Pod who did my story Wonder Maul Doll.

As it is I keep expecting Nyx to talk about how she went to the mall for sodas and –  oh-wait-beheadings!

But here I was listening to this thing and doing the “It could be worse thing.”  I found myself thinking this was a very good narrator (just not really for this book), who did make a great effort to pronounce everything correctly (“Bakkie” is totally right!). IT COULD HAVE BEEN WORSE! And… and… I appreciate all the hard work everyone at Audible did. And it’s certainly listenable! And most of the words are right! And I want to tell everyone to buy it so we’ll earn out! But… but… but… but…

But as I laid out this whole “it could have been worse” litany, while downloading my own book for $24.95 and joining the SFBC so I could get a hardcover copy of my own book and cringing every time somebody pronounces “Umayma” (U-MAY-MA – which you can even hear a proper pronunciation of ONLINE) as “UM-EYE-MA” (I would even have taken “UM-ay-MA”) I was like, you know what?

I’m tired of “it could be worse” because I know that it could also be better. And I know it should be better, because a 60-minute conversation with an author only costs you 60 minutes of your time, and  a final “check edits” pass on a manuscript only costs you, what, four hours? (and saves you dozens of angry emails. Yes, I get angry emails for typos. Typos!)

I always figured that having a day job was great because it meant I could just not care about the fiction writing as much because I didn’t have to make a living at it. But I’ve realized, throughout the lifecycle of the GW books, that in fact, it makes me care more… because I can afford to.

I don’t rely on these books to pay my mortgage. So maybe next time I can afford to hold out on some of these subrights or get language written into contracts about consulting me on stuff like pronunciations, and even getting sign-off power on narrators. I don’t need the extra $500 or $5000 enough to give up stuff that actually matters to me. And, it turns out, this stuff does matter to me.  Stories matter to me. Representations of the stories I tell matter. Just expecting that people will consult you is silly, I realize, and naïve. People get busy. Stuff falls through.

Writing, like my day job, is a business, and I intend to start treating it even more like one.  You don’t get points for rolling over and getting pounded in the head at your day job, and taking hits for everyone else’s crap. Instead, you negotiate hard for what you want and you don’t settle for crap.

As nice as it would be to trust everybody involved in publishing to Get Everything Right All the Time, that’s just not realistic. The truth is everyone is brutally overworked and underpaid, and even if people aren’t trying to diss you or crap up your book on purpose and are really trying to do the best thing, people and books and content fall through the cracks. Unless you’re already selling millions of copies, it’s really easy to get shut out of the process completely.  And even folks who sell millions have tough stuff happen. We all do the best we can.

It’s just that sometimes stuff gets screwed up.

I got extraordinarily lucky that Night Shade consulted me on my covers. That wasn’t in the contract at all. And as lovely and arresting as those covers are, they would be a little bit different if I wasn’t involved in that process. I can tell you now that if I wasn’t involved in that process, I’d be weeping over those covers right now and likely would have burned all my copies of INFIDEL. Sometimes getting an author on board is a good thing. Even when you’re busy. And stressed. And overworked. And underpaid.

Because let me assure folks – I am all those things too.  The difference is that I only have one set of books to gun for, one set of books that is my business. And, going forward, they are going to be much more my business as I write more books and work on more projects.

I have to get my shit together and figure out what I want and what I’m going to fight for, because nobody else is going to do it for me.