So this summer I was approached by a couple of folks asking about archiving my papers. This was, as you’d imagine (especially those of you who’ve been reading this blog for ten years) a rather surreal experience for me. The first time I thought it was a fluke. The second time, I was genuinely confused. Who would be interested in this stuff, really? But I suppose you never know how an author’s career will turn out, and folks like to lock things up early just in case.

It did require me to sit down and consider the archiving offers,  though, because the reality is that my mother has sent me all the juvenalia that’s been sitting at her house for years, and I still have several boxes of books and early manuscript drafts that survived various moves but which, nevertheless, I was considering tossing before we moved again. 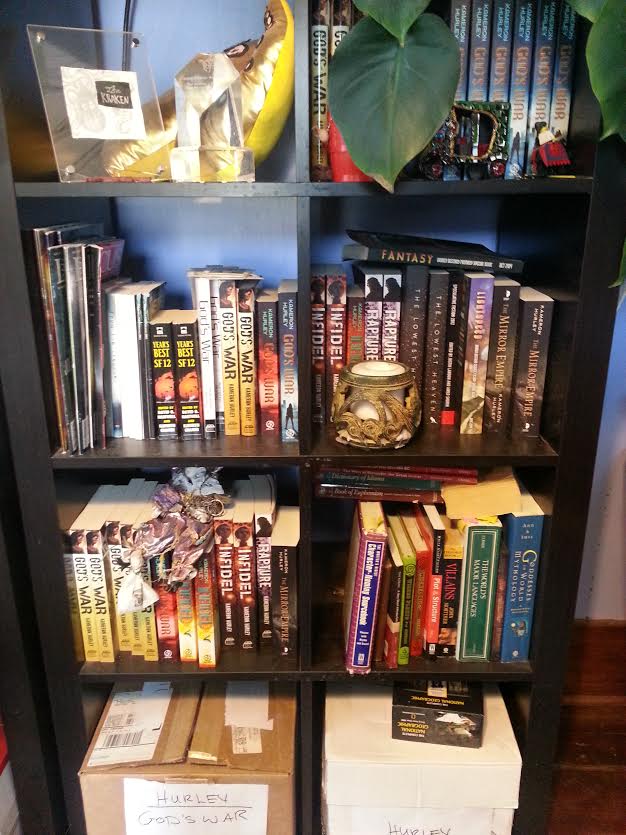 After a lot of consideration, which involved looking at the collections, the archivists, and the location of the archives, I decided to accept the offer from Lynne Thomas at Northern Illinois University.

That means that this weekend I need to begin the process of packing up a few boxes and cleaning out my office, which is a fabulous procrastination technique, considering I also need to write 25,000 words this holiday weekend. Tra-la. There will be a lot of late nights that involve me writing and then organizing, writing, then organizing…

If you are a scholar who, for some bizarre reason, wants to troll through the juvenile dreck that got me this far, as well as early drafts and notes related to the God’s War trilogy and the Worldbreaker Saga, NIU will be the place to go, sometime next year.

Thanks to Lynne Thomas and NIU for their generous offer.