The Joys of Marketing: Changing Human Behavior with Advertising

This morning I came up with an idea for a customer campaign I’ve been gnawing on this week. I was selling a product to a rather conservative industry. I wanted to come up with something fun and relevant that hit their pain points. Something interactive. Most of what I do at my day job is lead generation, but there’s some direct sales work, too.

When I finally hit on the idea, it was like a firework going off: sudden burst, then glorious comet tail of delirious excitement.

That’s when I know I’ve got something.

I started my second two years of college majoring in Broadcast Journalism. Ultimately, I had hazy dreams of being a war correspondent or National Geographic reporter. But the deeper I got into my journalism classes, the more apparent it was that journalism wasn’t selling the Truth. Journalism was about selling ads. This duplicity enraged me. Oh, sure, there are lots of media folks fighting the “let’s follow Lindsay Lohan around in rehab” jig, but the bread and butter of journalism today is about sensationalism. It’s about getting eyeballs onto web pages. It’s not about uncovering corruption and Saving the World.

What I always liked about advertising was that it wasn’t trying to tell you it was something else. Advertising is advertising. I’m here to make you desire something you don’t know about and most likely don’t actually need. But I’m not pretending that I’m out here saving the world. I want you to buy a product. 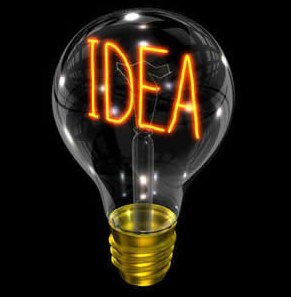 Advertising gives me a unique challenge: I have to find out why and how people hurt, and communicate to them in a way they understand and in spaces they frequent to let them know how my product solves their problem (even if we have to make up a problem).

I’m a big sucker for advertising in my everyday life. I notice it working on me all the time, particularly when it comes to food. I have to throw away ads and coupons that come in the mail for junk food (especially pizza). Everytime I visit gourmet gift websites to purchase something for my family and the ads for the gift baskets follow me around on other sites (gotta love those new ad tracking cookies), I have to delete all tracking cookies immediately. I watch ads in movie theaters and can actively feel the good ones working on me and connecting with me. One of the many reasons I don’t watch TV is because of the ads. I mute all Youtube ads. I use an ad blocker on websites whenever possible (stuff still gets through).

It’s a weird thing, to simultaneously know you’re being played while feeling all the emotions of being played. I can appreciate the artistry of an ad a lot more now, having worked on it from the other side. There are some tactics that always work, easy things like offers and discounts, and those are nice. But what I love is when somebody finds a way to tap into me, as their target audience for whatever product, in a way I haven’t been spoken to before. In a way that shocks and delights me. Great ads are cathartic. They speak to our experiences. They cleverly associate feel-good emotions with particular products, so you run off and buy McDonald’s every time you want to feel happiness.

At Disneyworld, everything was taken care of. Your meals are pre-paid. Your tickets are pre-paid. Everyone is nice to you. Those are nice perks, yes, but what kept me coming back there – and what keeps me yearning for it now that I’m over thirty – is happy memories associated with early visits when I was a child. Disneyworld is geared toward children of a certain age, and if you’ve experienced it during that key time in your life, it’s hard to disassociate all those gloriously delightful emotions of safety, happiness, security, love and joy that you mapped onto it when you were an impressionable young child.

It’s insidious. And it works. I feel a visceral pull to go back there every year, though I have no children of my own and my spouse isn’t nearly as hooked as I am. I want to go. I have to go. Even knowing that it’s a marketing mega-machine that’s pushing me there.

Why do love advertising, then, when it’s used to fleece us out of thousands of dollars for shit we don’t need to buy a moment of happiness that is, at best, fleeting?

Advertising got people to smoke. It encourages people to overeat. It tells us we need things we don’t to be happy. To spend money we don’t have. To rack up debt. It encouraged us to buy cars, and disinvest and destroy our public transit systems. Nobody really bought a diamond engagement ring before the 1930s (“diamonds are forever” is an epic bit of marketing).

But advertising also got people to stop smoking. In my lifetime, smoking went from something folks did everywhere – in the office, in planes, in hospitals – to a furtive, dirty habit engaged in by rebellious teens and a few groups of folks forced to smoke outside during snowstorms. The way advertisers figured out how to stem this tide was fascinating. Everyone knew smoking was bad for them. But they still smoked. What changed was when the messaging became about telling people how bad smoking was for their children. How they were poisoning their children, and others, through secondhand smoke. I remember when my father started opening up the sliding glass door and smoking “outside” instead of inside. Others began to as well. And the tide was turning.

Advertising got people to wash their hands regularly. And vaccinate their children. Advertising is why we bathe regularly. It’s why we wear seatbelts.

Advertising changes people’s perception of the world. It’s not just about awareness – we can be aware of all sorts of things, like how smoking will kill us or working out regularly is a good idea – but about finding the ways to actually get people to change their behavior. 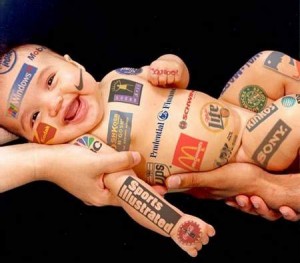 Changing perceptions, and then behavior (because I do think you need to do one before the other) is an incredible challenge. And when I’m faced with a particularly tough market (“This market never responds to our emails”/”This segment has limitations on offers we can make”) I get really stoked. I love these challenges. I like figuring out what messages work, and why, and then replicating them, evolving them, transforming them to increase responses and sell more widgets.

When I get good enough at this, I’d like to apply the science behind it to something beyond selling widgets, though. I’m fascinated that we have such vast resources for changing human behavior to sell things but we don’t seem to be able to create campaigns that stop people from, say, shooting each other or raping their friends and colleagues (though there has been some progress on this by – surprise! “don’t be that guy” ads targeted at men), or getting people to support universal healthcare or a nationwide public transit system.

The talent and ability is there. We’re just missing the money and backing behind it. There’s not a lot of money in an ad agency telling people *not* to buy a gun and shoot someone, or *not* to assault someone. But I can tell you right now that I’d be giddy as all get-out to work on a massive campaign in support of one of these, because based on everything I’ve learned from what I do day in and day out, crafting 400-600 projects a year and freelancing for several more clients, we can sell people just about anything. We can encourage people to be and do and support just about anything.

We just need to decide what our priorities are.