“This is not my beautiful house…” 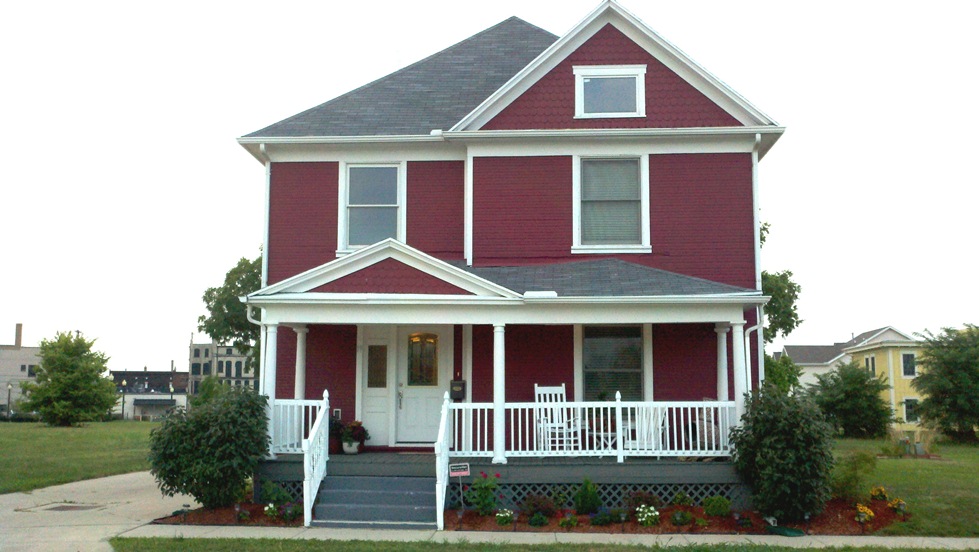 I was raised by hard-working parents, the sort who worked fast food jobs during my early years – nights, weekends, holidays – and a grandmother who grew up in Nazi-occupied France. For some reason, this upbringing more or less resulted in me never expecting good things to last. Good things could certainly come as a result of hard work, but they would never last. And if you sat around taking them for granted, then it was just as good as asking somebody to kick you in the face. Bad times were certain the minute you started to enjoy the good stuff.

I spent much of my adolescence in mild depression and some dorky social paranoia, the sort that encourages folks to write, say, fiction. Obsessively. All the time. Because it’s a lot more fun to create worlds you can control and explore themes you’re interested in on the page than to deal with the emotional fallout of arguing with folks face to face. People at length tend to exhaust me – I spend an inordinate amount of time trying not to look like a total fool, and alternately not looking at them to ensure that I speak my mind even if I know I’m saying something upsetting and trying to maintain eye contact so they know I am actually engaged, just employing the tactic that has enabled me to stop being either a doormat or a frustrated emotional lunatic in equal measures.

What I’m getting at in the most roundabout way possible is that, though most of my life has been good, I’m never comfortable with goodness. I’m always waiting for the other shoe to drop. The only time I let it all go was when I was living in Alaska, far from everyone and everything I knew, and I was able to simply, well, live, without thinking about the consequences or what anyone else thought about my decisions. I wasn’t afraid to be successful. Or fail. It wouldn’t matter. I was all on my own. For the first time in my life, there was nobody to let down.

Life after that was a succession of temp agencies, jobs, layoffs, and more jobs. Even when I’d stay somewhere a whopping three years, I spent every one of those years expecting to get laid off. Expecting the good thing not to last. This ended up turning into a self-fulfilling prophecy, of course. On a long enough timeline, everything ends. All you have to control is how you spend the time while it lasts.

And simply obsessing over the end isn’t going to help anything.

I’ve had some remarkably good luck the last couple of years. Some of that, I know, is because I’ve spent a great deal of time invested in getting my shit together. Some of that is sheer luck. Some of it is because I have great people in my life. And some of it is due to the choices I made. It’s always a hodge-podge.

I live in Ohio, one of the most depressed states in the nation. When I came out here from Chicago to squat in a friend’s spare bedroom, it was because the only place worse I could think of was to go skulking back home to my parents’ place at 27 years old.

How mortifying for somebody who thought they were a grown-up with all their shit together.

So instead I ended up in the ass-end of Dayton, a dead manufacturing town, with one of the worst unemployment and foreclosure rates in the country.

There should have been nothing good about coming here.

After a few temp assignments, though, I had a reasonably OK paying job with – better yet – amazing health benefits within about six months. As somebody who spends $500 and up a month on drugs just to keep me breathing, this was a big deal. I still have no idea how that happened. I was at the Dayton airport, just getting back from Wiscon, when I got a call from my recruiter asking if I could write up a sample RFP (request for proposal). I did so, and got pulled into an interview a few days later. They called me back the same day and offered me a temp job as a technical writer. Three months after that, I became a full-time employee.

But it wasn’t actually the job that got me out of squatting at my friends’ place. I had an amazing number of credit card debts from multiple moves, piles of student loan debt, and mountains of unpaid medical bills (even throwing everything I had toward COBRA, further wracking up the credit card debt, I was still uninsured for nearly 40 days between my Chicago layoff and my new job in Dayton – 20 days shy of the “Too the fuck bad for you, now you have a pre-existing condition and no one will ever cover you!” window. And let me tell you, trying to buy the drugs that are necessary for me to live at full cost while working temp jobs will quickly make you homeless). What finally pulled me out of the pit was selling the God’s War trilogy the first time.

When that big check arrived, it was like getting some kind of new lease on life. It was like, well, hope. The light at the end of a long road of madness and drudgery that had gotten me to that point.

I moved out into an apartment on my own, furnished the whole place, payed off outstanding medical debt and much of my credit card debt, and settled in to build a life again.

Getting that book sale after well over a decade of writing and submitting fiction was the final payoff to what I felt was a really long road.

Things haven’t been shitty since then.

In fact, things started to get progressively better, until one day here I was with a partner I certainly don’t deserve, two dogs who I’m sure could be worse, and a three bedroom, three bath historic house on 1/3rd acre that I basically paid peanuts for (want to know the one good thing about Dayton? That house, in the pic above, listed at $89k. No joke). And let’s not even talk about how I have a great day job that pays me to write for a living (plus health benefits) and my second novel due in October.

After much angsting about Dayton, I found out that it’s actually not so bad a place once you know where to look. I discovered the farmers’ market, the summer festivals, the cool new eateries, and met some fantastic folks at the regular Pecha Kucha gatherings.

In the early days, it felt like exile out here. Now it feels like my own little bubble of “get the fuck off my lawn” in the middle of nowhere, someplace no one would ever come. Some place I can create my own little compound and pretend the bad stuff isn’t out there.

I was out watering my little hippie garden the other day and let myself stop near the porch and look up at the house – and for a few moments, I allowed myself to love it. All of it. To marvel at the impossible life I had after so much raging bullshit. It’s hard, sometimes, so appreciate it. I keep expecting to lose it. I keep expecting something terrible to happen.

Sometimes, I still get myself worked up over stuff. I’m suddenly convinced the sky is falling and there is some disaster – the river will flood, the tornado will hit our house, I’ll lose my job, my dogs will run away, the cars will both break down, what if I’m pregnant! what if there’s some mix up with my drugs! god, I’m almost out of syringes and what if I’m stranded in —

And then, eventually, I tamp myself back down from the hysteria (really, the PTSD) and stop crying in the bathroom and sit out on the porch and take some deep breaths, and then everything’s OK again.

And maybe that’s some of the trouble, there. I spent so long learning how to work hard, how to work toward getting what I wanted, that I never stopped to figure out what the hell I was supposed to do with myself once I DID get what I wanted. I spend far more time angsting about what needs doing NEXT instead of sitting on the porch drinking beer and enjoying the view.

I need to learn how to live with myself in silence, but then, that’s never been something I’ve been all that great at, even when my life was crappy. Especially then. That’s what the writing was for – to fill the silence. Now I fill it with to-do lists and gardening… and the rest of the time, well, to be honest… the rest of the time everything is just… quiet. The raging, screaming hatred is quiet, because I almost died once, and realized what a waste of all that time was, to hate myself.

I’m in a weird limbo place, I know. Some kind of crossing between one type of life and another, and it’s a strange place to be. I don’t know what to do with myself, or who I’ll be on the other side of it.