Ways to Spend a Saturday

The Old Man has had a hankering to move this bloody fucking bush from out behind the kitchen window and park it in the back of the back yard.

He’s been hankering to do this for a year.

I move out next week.

So it was time. 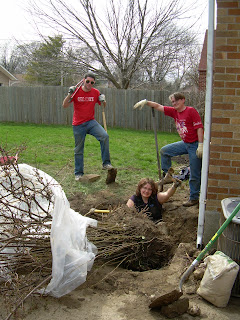 Three hours of digging and it’s finally out! 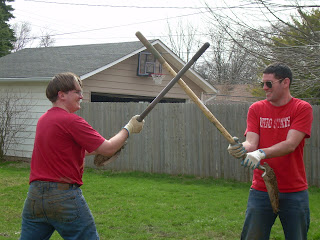 The guys were really helpful! 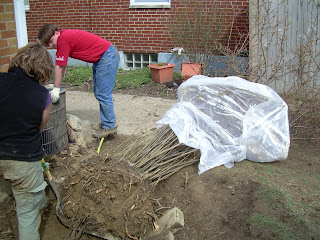 It’s all about leverage. 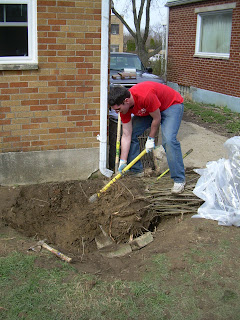 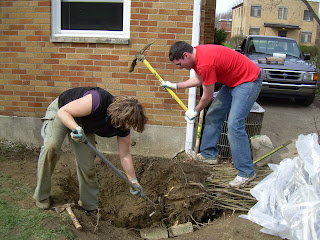 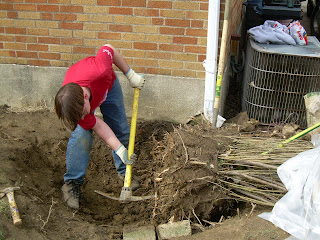 And some more pick axing. 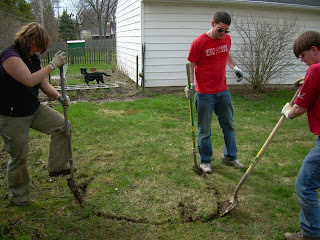 Prepping the back yard. 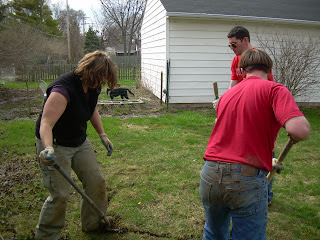 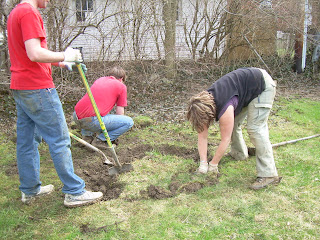 Pulling up sod was never so exciting. 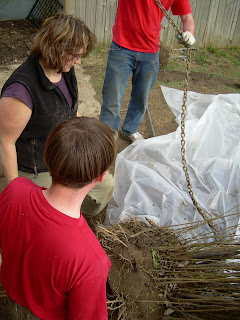 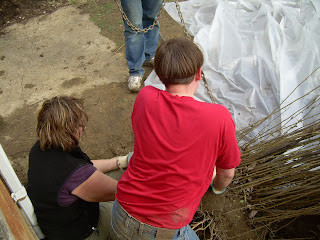 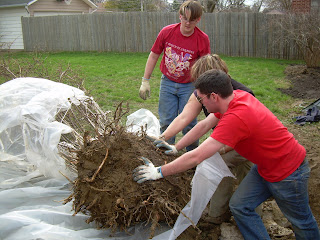 All I needed for incentive was the promise that at some point in the day, we’d have actually moved the fucking bush. 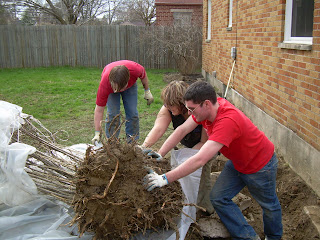 Eventually, it would move. Really. 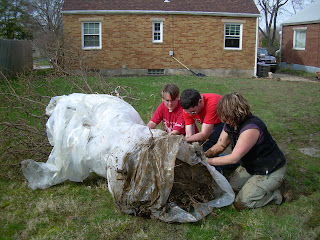 Yes, we had to roll it. The truck kept getting stuck in the yard. No, I don’t have an pictures of that. It was only mildly amusing. 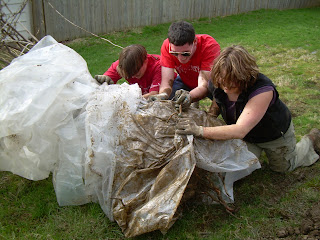 This is why I work out, yo. 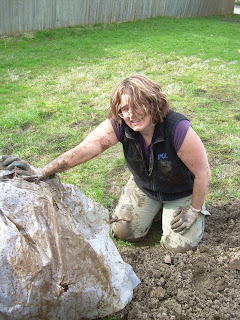 I think this is how I would look after playing rubgy. 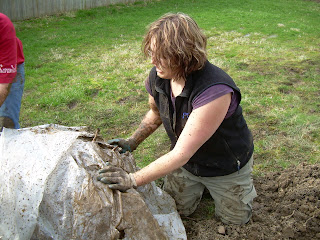 At one point, I did move the bush by tackling it. 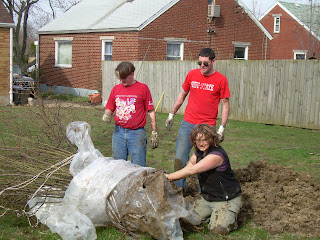 Really, the guys were totally useful. 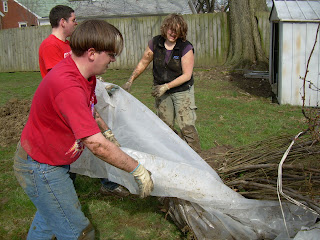 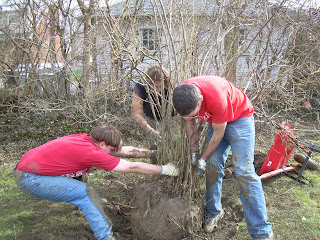 Once we got it upright, it was all down hill from there. Literally. 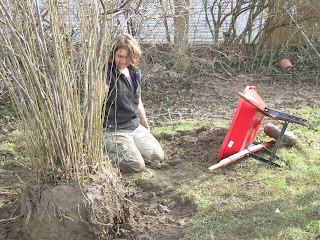 I still couldn’t quite believe we moved it. 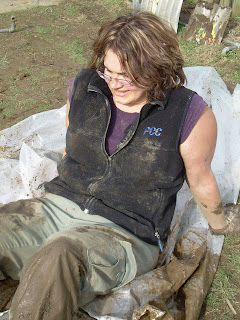 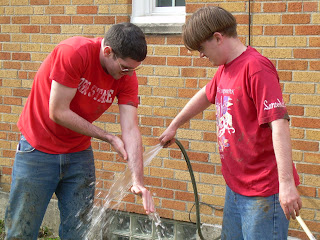 The boys housed each other down. We’re down with that sort of thing here at Hacienda Dayton. 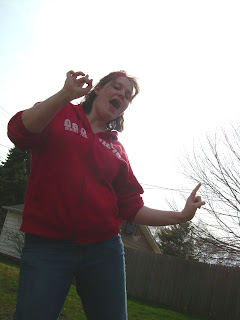 This is Stephanie’s “Ha ha you’re all muddy and I’m not!” dance.

To be fair, she did buy us pizza. 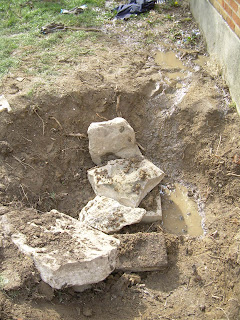 Yes, there’s a gigantic hole now. These big rocks are how we leveraged that bad boy out of there. 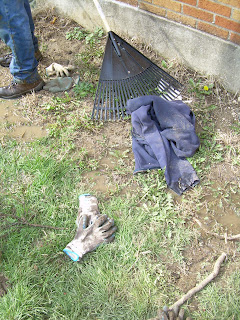 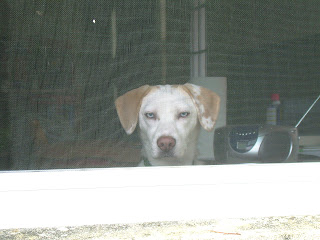 The dogs weren’t all that helpful. 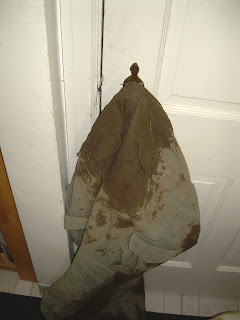 My ass will never look the same.