One of the ideas I always struggled with – as a person who makes a fair amount of money now and is happy to pay taxes toward stuff like schools and roads and Medicare to help people out – was why so many of the folks who are the target beneficiaries of those services and programs hate that people like me are happy to fund them.

I mean, it’s not like they’re really paying Federal taxes (the fed government pays for 100% of the benefits and states share half the administrative costs with the fed). They generally get hefty refunds during tax time to make up for federal taxes paid via their pay checks That’s why folks like my sister – a single mother of two who makes a few bucks above minimum wage– get tax refunds for $5-7,000 every year. To put that in perspective, I actually owe an *additional* $3-5,000 in taxes every year. Now that I’m freelancing and getting book checks I don’t expect to see another tax refund again. And I’m fine with that. I make a lot more than $14 an hour and I don’t have two kids. I make far in excess of paying for basic stuff like rent and food.

And, you know – let’s be real. The average cost every household pays toward welfare assistance programs is like $10 a year through federal taxes. I think I can spare a single lunch to help feed 47 million people. I’m more concerned about sending my government thousands in taxes every year to kill people in foreign countries. But that’s another issue.

My family is middle-of-the-road conservative, which means they don’t really care who you have sex with or whether or not you get an abortion (it’s your business), but they have a deep distrust of big government stealing and redistributing their money and “leftist” programs and organizations like unions leading us all down the road to socialism, where we will all die because the government won’t give us a kidney (yes, of course, you couldn’t get a kidney NOW unless you paid a private hospital for it but THAT’S NOT THE POINT).

I recently listened to my sister lose her shit about the food stamp program, and it was both bizarre and illuminating at the same time. It’s a rant which seems particularly appropo right now.

When talking about welfare and food stamps, my sister went on a long tirade about how at least 20% of the people on welfare abuse the system (if you look it up, only 1 cent for every dollar distributed is used fraudulently). They sell their food stamps for money so they can buy drugs. The food stamps don’t even go toward food, let alone food for their kids (of course, most states now have debit cards, so ranting about this now is tilting at windmills. But I digress).

“But what about those 80%?” I said (not being able to look up stats on the fly), “you can’t take away food from 80% of the people who need it because there are a few people who are abusing it.” 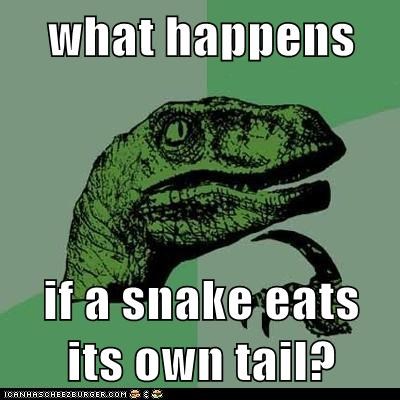 “The whole system is corrupt!” she said, and she told me about how, when she first had her son and was living even leaner than now, she went in to apply for food stamps and was denied – because she made one dollar more a month than the income limit.

The biological father of her child, however, who lived at home, didn’t work, and didn’t pay child support, was approved for food stamps. He got government money for free – with no effort!

This happened all the time, she told me. Food stamp programs didn’t help people who deserved to be helped, people who helped themselves. They were made to help lazy people who abused the system. During the week I spent on vacation with my family this summer, my sister angrily brought up her denial of food stamps at least four more times, despite the fact that it was almost eight years ago that this happened.

Her story reminded me of another one I heard while watching a documentary called “A Place at the Table.” They interviewed a working waitress who made something stupid like $150 a week who proudly stated that she had never been on government assistance. When asked why, she said that it was because she had applied at one point, but made too much money to be eligible for food stamps.

There were two issues here: women working their fucking asses off who were (rightly) outraged at not getting what they felt was their due (which it was) and subsequent anger every time they saw somebody else getting something they weren’t able to, people who they felt were lazier and less deserving (which was certainly true in some cases).

And the righteous anger on display at this –they have it and I don’t – reminded me a lot of the divide-and-conquer strategies in early American history (which have, of course, continued on). When indentured slaves – black and white – in the north in the 1600s got their freedom and started banding together to demand better wages, business owners decided to pay the white people just a *little* bit more to encourage divisions among the workers. It flamed the fire of racism and eventually served the business owners really well – they could continue to pay everybody shit wages because they were too busy hating and despising one another to work together to achieve a better lot for everybody. Unions, it turns out, do indeed work, which is why businesses hate them so much.

Watching poor people and poorer people rage at each other about food stamps – when neither is really paying into the system anyway, or is paying like $5-10 – is both bizarre and somewhat expected, if you look at the tactics.

Because there are some people who immediately benefit when we cut food stamp programs, and social welfare programs, and it won’t be middle class people, as much as we righteously feel that it will, because they won’t be refunding us that $10 for lunch. They’ll just pump it into some other thing, like paying back debt on some war somewhere.

The real folks who benefit when you cut social programs are big businesses who want to pay people as little as possible. Because if you’re starving, you’ll work 14 hour days just to get a fucking meal. When you’re starving, you can’t demand rights. You can’t demand anything, really, because you’ve got a “job creator” with the power of life and death over you. Piss them off, and it’s no food for you.

I know all about big robber barons. I know all about explotative factory work. I know about sharecropping. And slavery. And how this world ran itself on slavery and food-for-work for a good long while, you know, during those days when life was nasty, brutish and short.

What many people don’t understand about these programs is that they protect us from exploitation, indentured labor, and yes, slavery. Keeping us bickering about how Sally got more than Mary just means Sally and Mary both lose.

When I hear radio personas nattering on about how 80% of people on food stamps drive Cadillacs and eat at Chez Riche every night, I wonder why it is they’re more concerned about supporting the people they pay $10 a year to support than they are about the government subsidies and tax breaks to big businesses that cost them hundreds (and often thousands – because when the big guys don’t pay taxes, guess who has to pay that money?).

And then I remember Divide and Conquer. I remember my sister’s rant. Her righteous indignation. I remember that sometimes we’re happier to eat ourselves, because trying to destroy anything bigger than us feels far too overwhelming: “The whole system is corrupt.”