Grist for the Mill: What America’s Next Top Model Can Teach You About Publishing

After writing 9,000 words on Saturday and spending Sunday doing, well, everything else I don’t have time for during the week, I sat down Sunday night for some trashy TV. I was out of Pawn Stars and Swamp People and Storage Wars, so I opted for season 6 of America’s Next Top Model, which is just one step up from something like Road Rules or Honey Boo-Boo.

One of the fascinating parts of this show for me on this go-round was noticing, again, how blatantly these young women are developed as grist for a mill. Just like the popstar DIY kit in the music industry that’s churning out the same formula of pretty + edgy + pop = star, America’s Next Top Model, for all its chatter about how none of the women look like one another, and isn’t it great how diverse everyone is, is actually churning out the same basic formula. I call it “awkward-pretty” + skinny + tall. One of the things that amazed me in watching the show is how they’d all loot the clothes on the clothes racks for some challenge, and they could do this because all the clothes were the same size. Being the same standard skinny size is, of course, part of the job, making it easier for designers so that they don’t have to create different sizes of clothes. A fashion model’s job is to be a living hanger, and to draw as little attention to herself as possible. She’s a conduit. She’s the mannequin displaying the product.

As a mannequin, one’s shelf life is, of course, dreadfully short. By the time you’re 30 in that industry, as in much of the film industry, for women, your career is over. Let’s hope you saved up enough during your brief career to coast along through middle and old age, because you’ve still got 2/3rd of your life left, after you’ve been bled out and ground down by the mill. The agencies and brands and designers have made their fortune off your hungry, wasted, body and now you have to go forth and build some kind of life afterward. They’ve handed you a bag of flour in return for your flesh.

I thought about this often when I chose to become a writer as opposed to something that relied on my bodily integrity, like modeling or acting. The great thing about writing, I figured, was that it was something I could do when I was old – it was one of the few professions, I thought, that didn’t care if you were old or young, fat or thin, short or tall, ugly or otherwise. Writers in their 30s are considered “fresh” and “new” and keep writing bestsellers well into their sixties and seventies now. LeGuin still produces work now in her 80’s.

But I admit that every now and then I see some young debut novelist in her early to mid-twenties get a six figure or seven figure deal, generally writing YA, and I admit I look at her photo and I wonder if she’ll make it past the first book, or the first series. If you make a million dollars maybe you don’t have to concern yourself with that – just take the money and run – but it’s something I think about, about how we’re all just grist for the mill, about how publishing is happy to hitch itself to your cart when you’re a hot new thing or when you have a hot new book, but the moment things tank, you’re discarded for the next shiny bauble. I wonder how many of these six figure deals result in books that sell just 15,000 copies. Or less. And then it’s over. All over.

In this industry, like many others, you and your work start out at the very, very bottom of the hierarchy. Much work is chosen because it’s “like” other work that’s successful, just a little bit different. The formula here is “familiar yet fresh.” Unless you’re a celebrity or already have a big online following, the way that the power works is inverted. You don’t have any of it. It takes a good deal of work and persistence to build a career where you have more power than the publisher who wants you grinding out “familiar yet fresh” content for the mill.

Understanding that you are just grist for the mill is what makes so many actors want to be directors and executive producers. They know they aren’t where the power is. Actors have very little control over anything at all until they become big stars, at which point they bring their huge audiences to the table. Many audition forms in Hollywood now actually ask people how many followers they have on various social media platforms. Anyone can deliver a performance. A bazillion people exist as grist for that mill. Fewer bring the added value of a passionate audience with them. Sometimes that’s enough to move the bar in your favor. 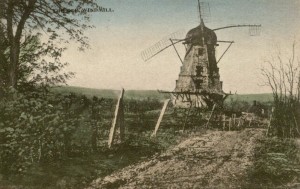 The deeper I get into the publishing mill, the more I realize that the only way to ensure that my work isn’t just fodder for a machine is to ensure I have hold of the reins of my own career with both hands.  At some point I realized that there were many places asking for work from me not only because they liked it, but because they knew there was a small but passionate group of “Kameron Hurley” readers now that weren’t there before. That means more traffic driven to sites. It means less risk when trying to determine how many copies will be sold.

I’ve realized that nurturing that core audience, having “Kameron Hurley” fans instead of just space opera fans or epic fantasy fans, is what’s going to get me out from under the churn of the mill. I’ve spent a good long time trying not to write to the market, trying to write my own fringey stuff and proving there’s a market for it; it’s a wacky trick of reverse engineering that only seems to be working now, for the moment, because the market did actually shift more toward what I write. Funny enough (hold out a decade and hey! The market might just come around to enjoying your stuff). I didn’t want to write inside a genre so much as I wanted to create one, like China Mieville. You don’t read Mieville to read “New Weird.” You read Mieville because it’s a Mieville book. You read Gibson because it’s a Gibson book.

My concern with churning out work for the market is not only that markets change, but that I and my work just become grist for the mill, easy to swap out with some other hungry writer. It becomes work that a million other writers could make. I want to write books only I can make. I don’t want my work to be interchangeable with anyone else’s. I don’t want people to say, “That was nice” and put the book away and never think about it again.  I want to disturb and delight, and leave people up thinking about what they read for days, weeks, months, years afterward.

I have seen the mill. I have seen it take a lot of writers under. I don’t want to be ground down under it too.

And that’s going to require me to be very smart about the projects I choose, the work I write, and the folks I surround myself with. It requires more than just writing to market, writing to deadline. It requires a great deal of business savvy and business sense that can feel terrifying and overwhelming at times, because when you take charge of your own career, what you realize is that you do indeed have to stop blaming everyone else when there are things that fail. Bad covers sink books, yes, and bad distribution, and bad (or nonexistent) marketing. But one thing that last year taught me is that lying back and hoping and praying that somebody higher up in the book business will care more about my books than I do, and save me from obscurity, is wishful thinking at best. Delusion at worst.

No one is more invested in my career, and my own success, than I am.

The mill doesn’t care what it’s grinding down, only that someone, anyone, continues to feed it.