On Being Too Smart and Assertive in the Workplace

I’ve been blessed with some pretty great bosses in my time, folks who recognized that having somebody smart on the team who got things done made them look good, and meant they did less work because, you know, I was doing it.

But, being a woman in the workplace, it was inevitable that some boss, somewhere, was going to go after me for being smart and assertive.

In truth, being smart and assertive has gotten me into a few pickles, it’s true. I once told the President of a company I worked for exactly what I thought of an executive decision he made, all detailed in a rather brutally honest email (when a leadership team invites open communication, I’m open). He was pissed about it, but after I ground out an apology for my scathing honesty at the behest of my supervisor and we both cooled off, he brought me into a meeting that was basically, “Are we good?” and me, “We’re good.”

There are bosses out there who recognize when they’re getting good feedback, and that if they can find people willing to be honest and give it to them, those people are gold.

Every boss I had for years appreciated what I did, and gave me outlets for venting “honesty” inside the team. Once we’d hashed out a plan of action, I stayed the course, and we got some exceptional work done.

This worked out for me because I was great at what I did and people understood that. If they didn’t want to hear from me, it was pretty easy to just say, “Kameron, we’re not looking for input on this one. Just grind it out.” And I’d do that. But if you ask for my opinion of your project or your management style, I will give it to you. That’s who I am. I did learn to give my opinion once and not press the issue, because if I started pressing it was viewed as “not being a team player.” So I was able to make that concession. You hired me for my professional opinion. I’ll give it once. If you don’t follow it, no skin off my back. It’s your project.

But I did finally run into a boss who had had enough of my honest opinions at one point. They tried to coach me endlessly on my “tone.” And encouraged me to ask questions, and not come off as being so “smart” and “assertive” and “aggressive.” It was like listening to someone in grade school giving me dating advice, “Boys won’t like you if you’re too smart and assertive!”

It turns out there are plenty of people in the world who like me just as I am, who like me because I’m smart and assertive, including every other job I’d ever had, so it was a bit like living in the Twilight Zone. It was like walking into one of those many studies I read about online, where women are constantly told to step back and let others shine, to reign in their ideas, while guys are praised for the exact same pushy and gabby behavior – and rewarded for it with raises.

Here I was, another statistic.

After the first go-round about this, I went back home for a visit and listened to my dad on the phone with some of his managers. He’s a Regional Director for a national restaurant chain. And let me tell you, I get my management style from my dad – where is this? Why did you send this? Why didn’t you meet this week’s goal? And how are you going to fix this? Followed by clear, blunt, honest statements about performance – good and bad. When you are managing multiple stores across a region there is no time for bullshit. You get right to the point. And when they did well, when they hit numbers, there was praise and high fives all around, but if you aren’t performing, you aren’t performing, and there’s no use su 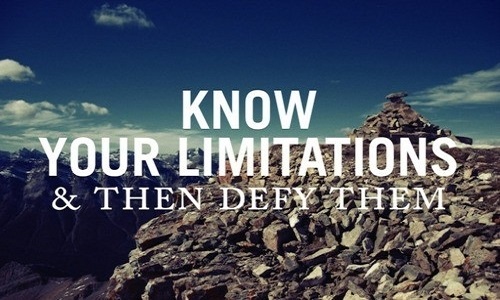 If something is not working, if a company is tanking, I have no interest in hiding behind niceties and girlish laughter. I’m paid to see the landscape for what it really is, and create marketing and advertising campaigns that turn things around. If I pretend we’re in a market position we’re not, I’m not going to create the right work. End of story.

After a while, I started “softening” my emails at that job by putting “Thanks!” (note the exclamation mark) at the end of each email. And though I knew the ubiquitous smiley face emoji was what everyone really wanted to see from me, the smiley face that’s on every fucking email from every fucking woman in middle management who’s ever been called “too assertive” I wasn’t going to stoop to that. It would be like ripping off my own face.

Eventually I was able to find a new position and put that instance of madness behind me, but to be stuck in the “too smart and too assertive” nightmare land where every competent female employee has spent time was agonizing. I can only scrub out so much of myself before I erase everything I am. And if you erase me being smart and forthright, you erase me being great at what I do, too. And I’m paid because I’m great at what I do.

The good news is that what a couple people said in grade school or what one boss in a dozen says is true is not absolute truth at all. There are plenty of people out there in the world who love smart, assertive women to pieces, and plenty of employers who appreciate us too.

I’ve said before that being in a bad job is like being in a bad relationship, and it’s true.  When you’re in it, you forget that there’s a sane world outside it. And you don’t know how bad it was until you leave.

If you’re stuck in one of these places, and you think being too “smart and assertive” is something you will get at every workplace, so you just put up with it, like there’s something wrong with you instead of something wrong with the fit between you and the company, I want to encourage you to explore your options. It’s true that the studies are bad, the statistics suck, but not every workplace is looking for a drone. There are places that are more than happy to pay you for your expertise, your honest opinion, and your exceptional work.

The truth is that nobody ever changed the world by being stupid and passive, no matter what gender bucket society tossed them in. And that’s what we’re all here for, right? Don’t let the fuckers get you down.

Keep up the good fight.