Women and Gentlemen: Unmasking the Sobering Realities of Hyper-Masculine Characters

This post was originally hosted at Kari Sperring’s place. For those who find the format a little awkward to read, or who are having issues with LJ, I’ve reprinted it here:

In the movie The Jewel of the Nile, sequel to Romancing the Stone, romance author Joan Wilder has written herself into a corner. Pirates have boarded the ship containing her heroine and the heroine’s lover. First, Wilder writes that the hero sacrifices himself to the pirates, allowing the heroine to get away in a rowboat – women and children first, after all.

But Wilder found herself deeply unsatisfied with this turn of events. It’s pretty cliché, after all, and this was 1985 – women’s lib, all that. So she rewrites it so the heroine sacrifices herself to allow her lover to get away. Stuck now with her heroine in the hands of the pirates and her formerly swashbuckling hero cowering in a rowboat, Wilder, frustrated with her choices, throws her typewriter overboard.

Whatever option she chose, it all felt ridiculous.

After almost twenty years writing fiction, it’s an impulse I can sympathize with.

When I started writing short fiction, I spent a lot of time writing sword-and-sorceress stories. I wrote about women who wielded swords and magic, who sacrificed themselves for greater causes, whose concerns were lovers and children. If I flipped them from women to men, they would be considered, perhaps, softer sorts of heroes – goody-goodies, a little too warm, a little too self-sacrificing. For boys, anyway.

Odd, I thought, that I would read these characters differently with a gender reversal. Why was that?

There was something that bugged me about how I wrote these women. It was like I put a sword in her hand and it didn’t change her. It’s like I didn’t consider how a life of violence would transform a person. I didn’t consider how training a person to kill, and putting them into violent situations, would badly damage the way they interacted with the rest of the world outside a battlefield. 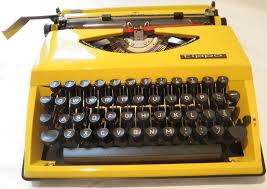 I had a deep love of 80’s post-apocalypse movies and science fiction classics. Lone-gun hero types with no attachments; incapable of forming long-term relationships, valorized for their ability to bust down walls and shoot bad guys, but often incapable of living in civilized society. I looked at these male action heroes and wondered if we would cheer and celebrate them, their anti-social behavior wholly unquestioned, just as loudly if they were women.

So I began to write about the sort of heroes I loved – whiskey drinking, gun toting, lone wolf types – and I made them women.

I thought, at first, this was going to be really fun. I’d have these swashbuckling, heroic women who didn’t care about anyone or anything, forging off to do battle. And yeah, for the most part, it was fun. But then something interesting started to happen.

By turning squads of soldiers committing war crimes into women, and invading forces from other shores into women, I started to peel back the “normalcy” we attach to this extreme sort of masculinity, and uncover the rottenness at much of its core – while simultaneously creating more interesting and complex visions of women.

In my novel, God’s War, I created a former government assassin turned bounty hunter who was also a war vet. She could accomplish some insane acts of violence. She was notoriously tough to kill. But becoming a killing machine had taken its toll. For all the blood and glory, achieving this pinnacle of strength and perfection her society encouraged required her to give up being able to function within any kind of settled civilization. She couldn’t have normal relationships. She struggled to have friends. She self-medicated with whiskey and mild narcotics. She found the idea of motherhood suspect at best.

I had, I realized, created a monster. I’d created an 80’s action hero.

By putting women into these hyper-masculine roles, I was simultaneously challenging the portrayal of women in fiction as the people who do (as opposed to the people who have things done to them) and encouraging readers to take another look at both the benefits and severe drawbacks of that type of masculinity.

We toss men into the maw of war and call them weak or shell-shocked or mad for coming back physically changed. We say a man who hits women and children is a bully coward, but call him weak for expressing emotions beyond anger and rage. By putting my female characters into this masculinity trap, where they were expected to perform violence and shut down emotion, it gave me a new view of the expectations we have of many men in this society, expectations that linger in the broader media even as we, as individuals, cry out for change.

Expectations of masculinity can creep up on you, because to some extent we still view “masculine” as normal, the default, and “feminine” behavior as “other.” If you think this is not the case, see what happens when you send your son to school in a dress. We can pretend all we like that women are equal, but as long as men and women are continually encouraged to suppress the broad aspects of their humanity which we decry as “feminine” – we’re all screwed.

Because it’s those things we celebrate as “other” that make us truly human. It’s what we label “soft” or “feminine” that makes civilization possible. It’s our empathy, our ability to care and nurture and connect. It’s our ability to come together. To build. To remake. Asking men to cut away their “feminine” traits asked them to cut away half their humanity, just as asking women to suppress their “masculine” traits was asking them to deny their full autonomy.

What makes us human is not one or the other – the fist or the open palm – it’s our ability to embrace both, and choose the appropriate action for the situation we’re in. Because to deny one half – to burn down the world or refuse to defend the world from those who would burn it – is to deny our humanity and become something less than human. 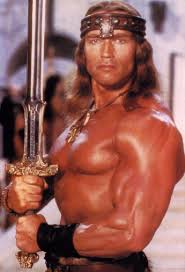 When I see other writers celebrating their masculine stories in worlds which are 90% male, I wonder, often, if they’ve forgotten the full humanity of the people they’re writing about. If they fail to see and interrogate what happens when they erase half an individual, and half the world, they’re suffering an incredible failure of imagination. A willful blindness. It’s celebrating a broken world that never was.

I, too, grew up on Conan stories and Mad Max. I grew up celebrating dangerous alpha males who fucked and drank and blew shit up with no consequences. But whereas other authors, perhaps, grew up to emulate those sorts of hyper-masculine heroes without question, I started to think about how Conan would actually get along in a world. I started to think about ways that hyper masculinity would affect the quality of their lives. I realized that Conan would never have a happy ending. Whether or not that’s something to celebrate, I don’t know. But it’s something we should talk about.

What I found when I started to explore the full potential of my characters is that my stories got better, too. I wasn’t impeding the possibilities of my characters with lazy stereotypes, expected conflicts, and failures of imagination. I was looking at all the different ways we express our humanity.

I was writing about people. Not caricatures.

When we go forward to forge new worlds – fantastic, science fictional – we could do worse than remember that just as our worlds are constructed, the people within it are constructed, too. We create boxes and toss people into them, regardless of their intrinsic ability to fight or nurture or build or destroy. How your characters navigate those social expectations and responsibilities has less to do with their physical sex than it does the ways they choose to adhere to or fight those expectations.

So maybe it’s your hero who gets the rowboat, or your heroine. Or maybe, in truth, there’s another option – maybe they turn and fight the pirates together. Maybe they skillfully talk them out of plunder with a witty, well-chosen story or clever ruse.

Maybe there’s another way out. Maybe it’s not either/or.

That’s the far more interesting story – what our characters do when they’re allowed to be people, not parodies of our own flawed expectations.