Break in Service: What I’m Working on For You Behind the Scenes

I’m often asked why I bother posting “I won’t be on the internet for awhile” posts on the internet, and it’s because these posts aren’t really for you all, they are to remind ME every time I’m tempted to come back that I told YOU that I had WORK to do.

In addition to my usual social media burnout (when I started muting people for correcting grammar mistakes, I knew I was DONE) that occasionally crops up, I have… a lot of WORK to do. People think “being a writer” is writing 300 words a day like Faulkner, or sitting on a beach with a laptop for an hour a couple times a week. And… yeah, no.

I’m WELL aware that August-October this year is going to SUCK GOATS. I’ll be finishing up THE STARS ARE LEGION at about the same time I’m promoting EMPIRE ASCENDANT. This means that if I’m going to get any shit done this year, it needs to happen now before my con season starts with BEA/BookCon in May. After that, it’s all pushing toward release date. So this work gets done now or never.

1) I have 30,000 works of THE STARS ARE LEGION in the bag, the book that’s due to my editor in October. They aren’t great words, but they are words, and now I need to print them all out and do a hard edit before I make more word count. Thinky-think work as opposed to word vomit takes more spoons.

2) We’re just about due for the structural edit of EMPIRE ASCENDANT to come back from my publisher, so I need to print that one out and actually read the whole thing through, which I… have not done since I did my last mad dash hard edit to the finish line back in Februrary. January? I don’t know. I’m mixed up at this point. The nice thing about a break is that it let me chew on some outstanding issues I had with it which I’m now prepared to fix.

3) I have another project I’m working with my agent on that I need to take some time to consider (how much work I want to put into it, etc) which will affect an upcoming self-pub release that I may need to put off. Thinky work ahead.

4) I have an outstanding contractual issue with a publisher that needs my full attention, which I have also put off because DEADLINES ATE MY LIFE earlier this year. Requires, like, eight buckets of spoons. Which will be better spent here than arguing with the internet.

5) Promo planning for the October release of EMPIRE ASCENDANT is looming (have you pre-ordered it yet?). I need to start considering what efforts worked last time and what I need to do again. Second books in series are infinitely harder to market than first books, and I have a lot to think through. THINKY THINK is the theme of this whole post, yes?

6) I have fallen into some very bad personal habits since THE DEADLINE HELL OF JANUARY/FEBRUARY that I need to break. I’m eating weird meals (had half an avocado and popcorn for dinner the other night) or skipping meals, drinking too much caffeine (which contributes to anxiety attacks), and my exercise since November has been pretty nonexistent. So that needs to be fixed if I want to keep enjoying a Long Life Making Stuff for You. In a couple of weeks I’ll be biking to work again when my day job office switches locations, so I’m getting myself and my bike ready for that. This will help a lot.

7) I’m putting together a post/swag schedule for my newsletter, Hurley’s Heroes, which you can sign up for here. I’ll have offers for free stuff (the first of which already went out), new releases, and subscriber-only updates. I’ll also provide links to recent posts and book recs. But that needs planning and management and I’d like to get that done now as opposed to later.

8) I thought I was going to have time to re-do my website this year, but I think I’ll put that off until next year when I launch THE STARS ARE LEGION. Instead, I’m focusing on cleaning up my workspace, which has become a riotous mess of book boxes, swag detritus, and piles of books that make working in here… a mess.

9) I have a couple of other projects I’m dithering with that I’d like to see completed this year, but that won’t happen, as you can see, until I get all this stuff handled. I’ve signed several contracts this year and agreed to be part of some great projects that I’ll announce later, and that’s exciting.

10) And then there is… this. The pic below is of the “to read/finish immediately” pile of books in my house, which doesn’t even include the two digital ARCs I still haven’t read. So. Yeah. 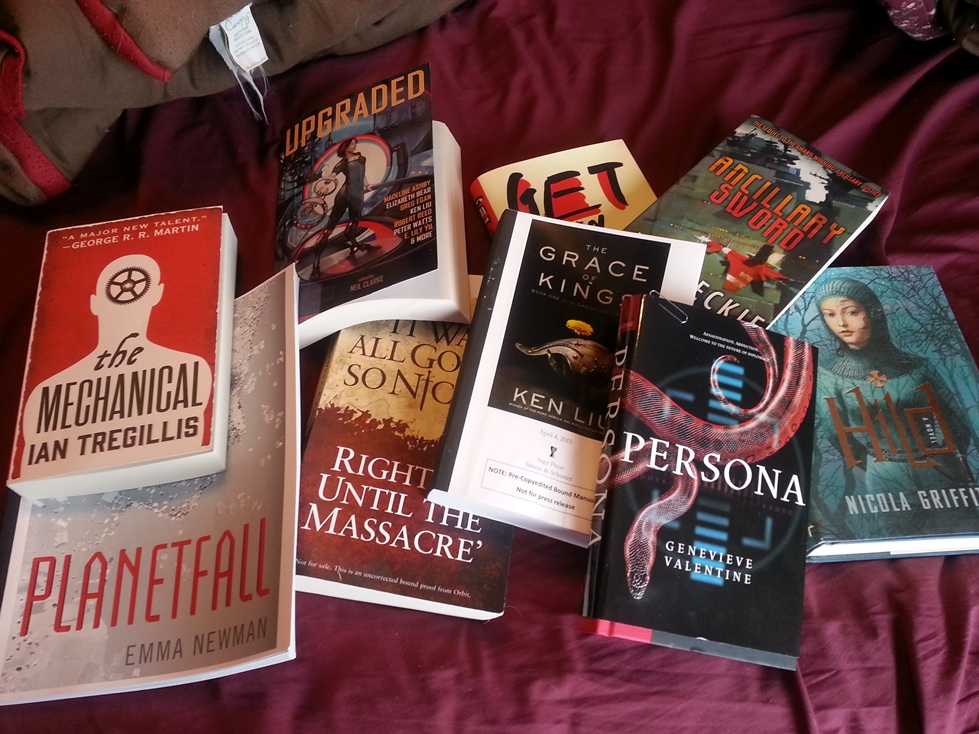 I’m not sure how long this break will last – until April, probably. I haven’t been able to go more than a couple weeks without internet drip, but you never know. I’ve been committed this year to my on/off schedule where I’m “on” for a few months to chat and talk about projects, then down for a few months while I create stuff. That’s the only way I’m going to be able to continue to work at the pace I am while still having a day job without totally burning out. Managing burnout also makes it possible for me to say “yes” to more things that fall into the “on” period.

So, thanks for you patience while I figure this all out. And I’ll see you soon. 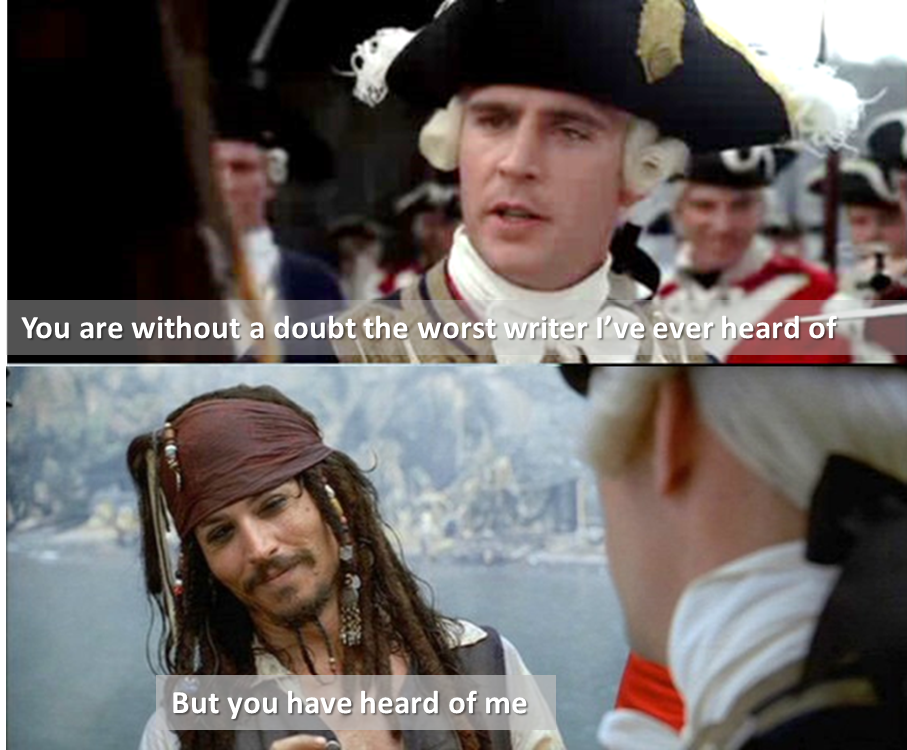