I’ve been getting a lot of questions about release dates for the second two books in the Bel Dame Apocrypha over in the UK.

INFIDEL is set for May 1st, 2014 (with ebook possibly before then), and RAPTURE scheduled for the year after (sorry!). The good news is I have a cover reveal here for you already (I love the hornets, I won’t lie): 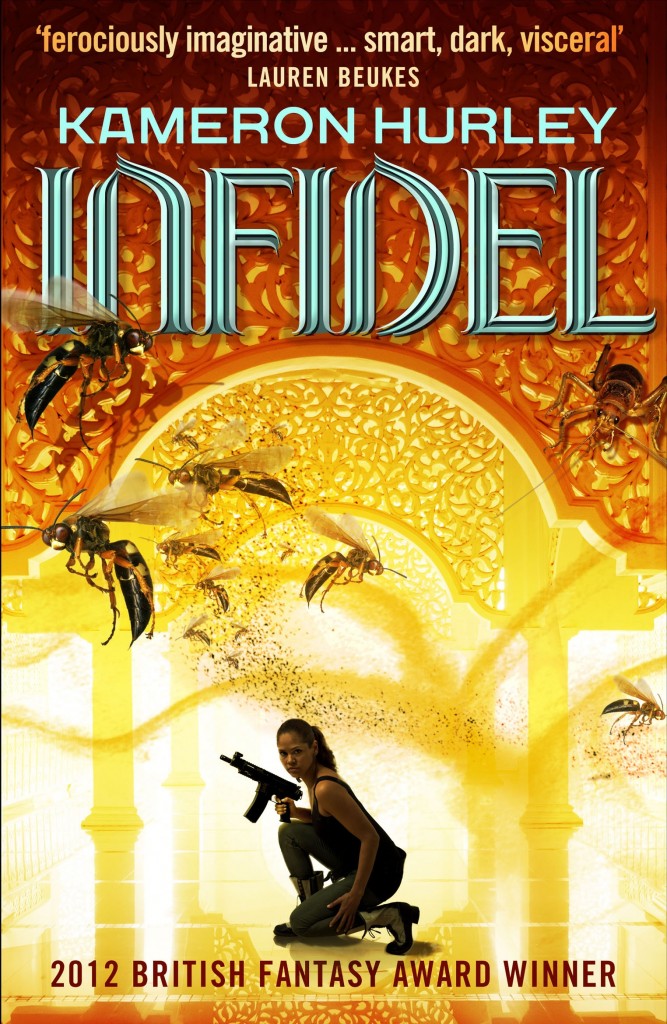 And, coming January 2014 we also have the alt format (UK version of mass market, basically) GOD’S WAR lined up, now with shiny new alt cover (this was already posted publicly elsewhere, so I’m calling it fair game). As you can see, we’re getting a lot of mileage out of that Lauren Beukes quote…