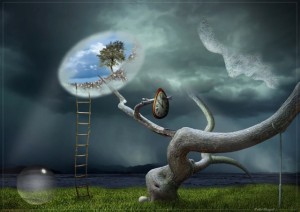 I get asked about worldbuilding a lot, and now that I’m starting a new book, LEGION, it’s probably a good time to talk about what’s working for me and what’s not.

Shorter blurb for this one: LEGION is a stand alone space opera about two feuding families battling for control of a legion of worldships sent out beyond the edge of known space. Not that they know any of that.

A lot of folks talk about different aspects of writing like once you know how to do it, you just do it. But the thing is, if you’re somebody really passionate about writing, it’s likely you want to figure out how to be a better writer. Sure, you can write the same formulaic thing time in the same vague setting and make money doing it, but if that’s not what you’re in this for (if I wanted to make money I’d write romance novels or vampire YA), then “getting better” should be high on your list of priorities.

It’s certainly high on mine.

Some of the pressure of starting a new book after a… well… a sorta critically successful series (I mean, I won an award, right?) is that you want to one-up it. You totally want to wow everybody who read the first series and thought it was Something Crazy Cool. Not just in the plot-and-pacing ways I worked on improving in both INFIDEL and RAPTURE after the rough pacing and plotting of GOD’S WAR, but in the wealth of its weirdness. When I read fiction, I want to go somewhere I haven’t been before. That’s the challenge, for me: creating some place totally unique.

The trouble is that everything is working against you.

LEGION is a space opera. That means it’s really easy to pull on old space opera tropes. It kinda creeps me out that the future we painted of 2200 in 1970 looks a lot like the future we paint for 2200 in 2012. I mean, really, folks? I recently read a highly talked-about space opera that, frankly, sucked. It read like a mashup of a bunch of really generic space games, with familiar family and social structures, dull and expected politics, clunky 1970’s future! technology, and characters I’ve bumped into dozens of times in other places.

I was really excited about this one because I’m stealing the plot. That means I’ve already got a detailed outline and synopsis. I already know all the characters and what they’re up against. But I realized as I sat down to write it that I hadn’t sufficiently done what is, to me, the most important part: figured out the gritty details of the world these people live in. I’m a firm believer in creating characters that really could not exist outside of their time and place. The way we view the world, the decisions we make, even many of our preferences, are deeply influenced by culture and place. That should work the same way in fiction, too.

I’m a big fan of organic tech (surprise) and I’d like to do more with that. The challenge is to think a dozen steps beyond the sentient starships of Farscape or Lexx and at least eight steps ahead of what I did with GOD’S WAR. Nobody wants to see you recycling bugs and magicians and boxing ad nauseum, as cool as those things might be.

When I started painting settings in this one, I kept landing on clean, sterile, environments because that’s what my brain assumes when I say “space opera.” But people living the way this particular legion lives are not going to have an understanding of their environments the same way we do. And they aren’t going to be clean and pretty. They are going to be pretty yucky to us. And terrifying.

I want to take some of body horror from shorter works like Geoff Ryman’s “The Unconquered Country” and Christopher Priest’s “Whores” and build an entire living, breathing galaxy (or perhaps solar system, depending on how one views the Legion)/ecosystem out of them. There are all sorts of assumptions that come from living in a place where your womb literally creates weapons of war, or spare parts, or food, raw textiles, and, of course monsters – the very stuff of life that your people rely on – especially in an artificially closed environment. There are massive economic shifts that will happen with that, big changes to social interactions, community mores and the like that have to be addressed.  When I throw around concepts like this, I’m also really aware of the millions of pitfalls that lie in wait. I know exactly how I could do it all wrong. Horribly, horribly wrong.

And there is also the environment itself, and how people relate to it. How does your conception of the world change when your world is always on the move? When it always changes? And, since this is a book written by me, how is war waged on these types of worlds? When things are destroyed, what happens? Is that it, or does it regenerate itself? How quickly? Can certain people control it?

And, of course, the most important thing: what kind of people would this type of world create? What are they really afraid of? What do they really want? What do they consider creepy vs. cool? What’s your relationship to your children when you produce them the same way you would a sparkplug?

When my characters start off life in a blank room, I know I’m not quite ready to start. What ends up happening is I write a lot of character-in-blank-room openings until the details start to come out. That’s what my challenge is now. My goal is to become not only a better writer, but a faster one, and in order to do that, I’d like to cut down on the amount of churn at the beginning and end of my writing process. I need to figure out more of how things work – and the gritty details of those  things – before I start working. Thing is, until I started working, I had no idea how little idea I had about what I was getting myself into.

So here I am, taking a step back and sketching things out more thoroughly. Before God’s War, I did this with all my books. But God’s War was a much more organic novel, where I just did a lot of research and then kind of dove in and saw what happened.  This time, I haven’t had as much research time, and I think that’s hindered me. It’s likely back to the library on Friday.

What I really need, of course, is that powerful first sentence that tells you exactly what you’re getting into when you pick up a book. I need “Nyx sold her womb somewhere between Punjai and Faleen, on the edge of the desert.”

I’m just not quite sure what the equivalent of that is in this world yet. And until I’ve got it, it’s back to the library.