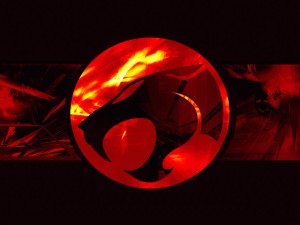 I was only stumped by one question at WorldCon, and that was posed by Elizabeth Bear at the “Looking Forward to the Post-Apocalyptic World” panel. She asked why someone would choose to write future fiction vs. secondary world fantasy and what the primary differences were, or something to that end.

The best I could come up with was, “Well, if I choose to write future fiction I don’t have to make up as many words.”

Seriously. That’s all I could come up with.

Perhaps I was simply scarred by too many Hanna-Barbera cartoons in my youth, but I’ve never seen a huge difference in science fiction vs. fantasy if the book’s done well. I was always a big fan of Gene Wolfe’s work because so much of it blurred the edge between fantasy and science fiction. The thing is, with my science fiction, I want it to be fantastic enough to give me that massive sense of awe and wonder, but I also want my fantasy to be believable in that I’ve been expertly sold on the rules, politics, economics, and machinations of the world. I don’t read a lot of out-and-out absurdist fantasy or parody fantasy (No Piers Anthony for me, or Terry Pratchett, and I’ve read exactly one Douglas Adams novel). I want worlds that feel real.

That’s why so much New Weird fiction really appealed to me – here are these fantastic gritty worlds with nasty politics and gruesomeness that have actually been more or less thought through. As for magic, as long as you can sell me on how your magic works, and convince me it has rules, I’m all in.

I write all kinds of worlds, and basically, the rule for me is that if I want to do something that has a very clear line from this world to the next one, then I’m writing sort-of future fiction. That does, indeed, allow me to make up fewer words, and to actually explore and extrapolate on existing, known stuff.  When I choose to write a secondary world fantasy, I think, I’m more likely to be extrapolating on unknown stuff.

But honestly, there’s not too much terrible difference between SF/Fantasy (cue the unsheathing of swords). I don’t see too much difference in imagining a future colonized world or a terraformed Mercury and, say, Arrakis (another good example for the “is it SF or fantasy?” debate).  Different sorts of SF writers do different sorts of hand-wavey stuff to make their worlds plausible.

I remember the big push toward “Mundane SF” and just about tore my hair out because holy crap, if all we ever did was extrapolate from what we knew, we’d never try to teleport and never try to build a faster-than-light technology because obviously, those things are impossible. It delights me to no end that people continue to try teleportation because, hey, it’s a common SF thing, and, lo, we are teleporting photons and even transmitting information from one atom to another now. Step one!

But if we, as fantasists, just didn’t even talk about teleportation because obviously, that’s impossible, would it have taken longer for folks to figure out? Would they even have tried? I’m reminded of the invention of the steam engine during the Greek period, and the probably apocryphal but still telling story of the ruler who took the inventor of the steam engine aside and said, “Yes, this machine is great. But if we start powering all of our industry this way, what will we do with all the slaves?”  And the guy who invented a very early glider/plane in China who had it destroyed by the emperor, because he just didn’t think humans should be airborne (or believed it could somehow threaten his rule).

We are hobbled all along the way by people telling us we can’t. By failure of imagination. I find that I’m just not as passionate about writing when I’m constrained by “What’s possible now?” because to be dead honest, half the stuff I use every day doesn’t seem like stuff that could be possible. The stuff I can do with my smart phone is, to put it mildly, astonishing. I don’t want to tell people they can’t do things because it’s not probable. I don’t want to limit my own vision.  Some of the most fantastic stories I’ve ever read were the ones that challenged me to think beyond what I believed was possible. And it can be done in any genre, as long as the people writing it are willing to really push beyond their own preconceptions.