Someday I Will Be Famous Enough to Fix My Covers 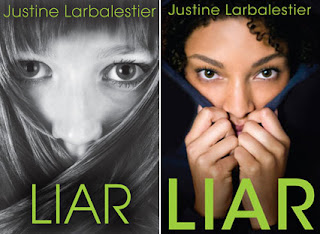 I saw the initial row over this, but somehow the resolution totally passed me by (I don’t spend nearly as much time on the internets these days). There are lots of stories about SF/F publishers whitewashing covers. So even if you’ve got a heroine who’s a far darker shade of pale, it’s unlikely it’ll be seen on the bookshelf.

This was one of those, “Yeah, and this surprises people because…?” But it’s important to remember that our silence as authors can be read as complicity. If you don’t say something publicly – even if you’re fuming – readers assume you’re just going along with it. And that’s a shame. Because as somebody who has sometimes wanted to drag a publisher out and kick them in the shins publicly, I can tell you I’m not so keen on doing it because it means, you know, I might be out a meal ticket.

That said, I need to choose my battles. Because if I end up with a whitewashed cover someday, I’m going to have to say something about it. Even if it means the loss of a meal ticket. Because at the end of the day, it’s about systematic silencing, erasing. It’s about lying.

That said – and understanding what JL was up against – I find this to be a pretty cool win.