I wasn’t going to comment at length on this, because MIRROR EMPIRE and EMPIRE ASCENDANT are published by Angry Robot Books, as opposed to its imprints, which were cancelled today, Exhibit A and Strange Chemistry. My heart goes out to all the staff and authors affected by these decisions, which I know were painful. I’ve had a contract cancelled before, and it’s really, really fucking messy and awful. Hugs not drugs, though, people – if you meet an Exhibit A/Strange Chem author at a con this year, please buy them lunch, a drink, but most of all – buy their books. Keep supporting them.

That’s the best, most important thing you can do for any author caught in a situtaion like this: Buy books. Buy drinks. Support their careers, and whatever next step they take in this mad business.

That said, though AR is considered intact right now, this particular bit of news about AR’s parent company being up for sale came up, so I figured I should say something more or less publicly, as I keep getting DM’s and emails containing speculation I cannot even bear to type publicly.

Here’s what I know: there’s no change to the publishing schedule of the Worldbreaker Saga. There’s no plan for AR to stop publishing books under the AR name, and as the press release says, they’ll be publishing three books a month now instead of two. So, Ok. 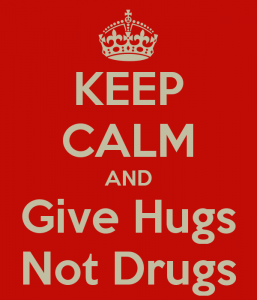 But most folks know I’ve been down this road before. Publishing is a business, and things change fast. Folks can only promise you things based on the information they have at the time.

I love the team at AR, and they have done astonishing things for this series to take it to the next level – I’m so, so proud of the work the team has done on this book, and I’m incredibly excited for you all to see the final product. And yes, I’m still plowing ahead full speed with my blog tour. Everything is in place. EMPIRE ASCENDANT is still due December 31st.

Could that change? Of course. Business is crazy. Publishing is crazier.

Writing is easy. Publishing is hard.

If the shit goes down, as it has to me throughout my publishing career, and as it has for so many, many others I respect and admire, I’ll deal with it as it comes. I will make smart decisions based on what’s best for my situation and career, as so many authors are right now.

But for now, I’m continuing to do what I’m good at: writing EMPIRE ASCENDANT and supporting MIRROR EMPIRE’s release right alongside the AR team.

And buying drinks for my Strange Chemistry/Exhibit A colleagues.

Because next time around, it could be me. It could be you.

We’re all in this together.