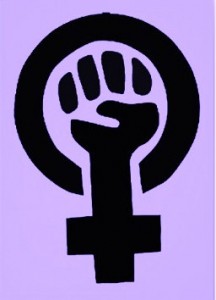 In a discussion with my UK editor yesterday about the differences in the reading composition of UK/US readers, I said that even though I’d expected that most of my readers for GOD’S WAR would be women because of Nyx and her bad-ass self, 90% of the fan mail I got was from men. This got me to thinking about what exactly the fan makeup of the book really was.

In fact, it made me a little worried that my uber-kickass-matriarchy had totally failed to reach the women like me who I’d really wanted to connect with.

So I went back through my fan mail to confirm. It turns out I was suffering from a bit of an exaggeration on that end as far as fan mail gender ratios go. In fact, I was only getting about 2/3rds of my fan mail from men, and 1/3rd from women. But there’s all sorts of reasons for that – guys just might be more willing to email me than women. So instead I went to that bastion of book folk – Goodreads – and did a breakdown of all the folks who’d read the book.

There are over 1815 people who reviewed or added GW on Goodreads, which… I was not expecting. For some reason I didn’t realize that many folks had added it. It’s projects like this that make me really, really want an assistant or intern or something.

Instead of being a Crazy Person and trying to tally up all those, I decided to use Math and take a sample size. Since there were a good number who’d added the book but not rated it, I figured 200 would be a good starting point (if all 1815 were reviews, my sample size should have been 477, but they aren’t, and also, I only have so much free time). I only added people to the list if they’d rated the book , no matter what the rating was.

So, after culling the gender-neutral names, here’s what I came up with in my non-scientific study:

This near-parity actually pleases me a lot, because I really hoped this was going to be a book that appealed equally to everybody. Lots of people told me women would hate the violence, or guys would be turned off by subversive feminism, or there wasn’t enough romance, but I think it did all right because hey, you know, it turns out some women read violent books and some guys read books with actual, you know, women characters who act like people.

Of course, this doesn’t tell me that any of these people liked the book, only that they read it. And it’s not like it’s Highly Scientific. Goodreads has its own reader-skew, I’m sure.

Still, it’ll change how I have conversations about the book. I was kind of worried during that chat with my editor, like OH NOES EVERYTHING PEOPLE SAID ABOUT GENDER STEREOTYPES IN READING IS TRUE (despite knowing better), but I feel much more confident now.