What is this Fat Woman Doing on TV?

When I rant about biases and stereotypes and authors’ blindspots, I get the impression that some people think I’m some perfect person without any biases. I’ve talked a lot about my awareness of my own misogyny and racism, but there’s other stuff that creeps up on you too, sometimes when you least expect it.

Bias does not happen in a vacuum. It’s a learned behavior. You eat it every morning with your cornflakes and simply haul it all back up the moment it’s triggered.

This truth hit me especially hard a few weeks ago when I was shopping at a local big box store and cruising past a row of televisions where a nondescript, sweater-vest wearing fat woman was talking on the screen in front of a harsh white background. My hind brain immediately sneered (despite the fact that I, as a matter of fact, am also a fat woman), “What the heck is that fat lady doing on TV? Is she talking about some new dieting show or how hard it is to be a mom?”

I kid you not. That was the insidious bullshit that popped immediately into my head. Afterall, how often did I see fat women on TV? All the fat women I see on TV are from The Biggest Loser, talking about how crappy their lives are because they can’t tie their shoes. And then they barf and scream their way to skinny and they’re allowed to smile on TV and actually talk about how great their lives are. But not until they’re skinny.

So here I was, mocking the fat woman in a sweater vest.

It wasn’t until the show continued to roll, cutting to images of said fat woman hurling a shot put in a massive stadium, that I realized she was, in fact, an Olympic shot putter.

She was an Olympic athlete.

Biases and stereotypes do us all a disservice. In this case, I’d totally put the woman into a box without knowing anything about her but the fact that she was fat, but it also did me a disservice, because by putting her in a box, I’d put myself into one too. Fat women only get to speak when it’s about how much it sucks to be fat. That’s what TV told me. That’s what I’d lapped up with my cornflakes.

And now, random photos of buff, meaty women I wish we were all seeing a lot more of: 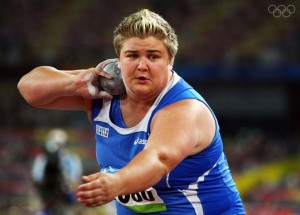 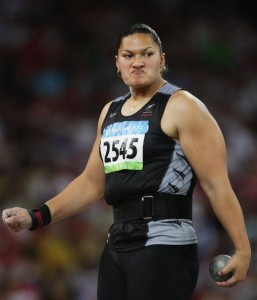 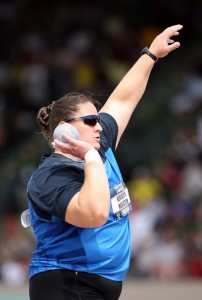 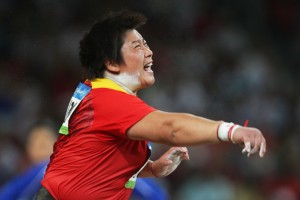 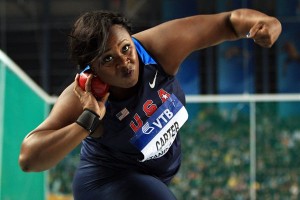 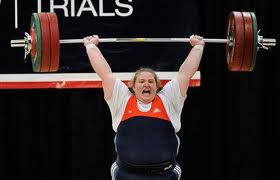 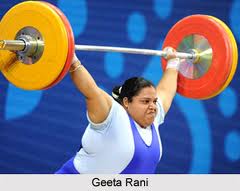 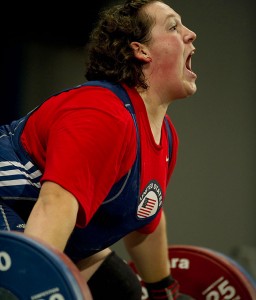