It might come as a shock to some, but I haven’t always been a published author (ha ha). Oh, sure, I’ve been writing and sending out stories for 18 years, but it’s only since 2011 that I’ve had a book (and then three) on the shelves. Here on my blog – which I’ve had since 2004 – I dug into books and skewered the abysmal gender politics of pretty much every SF/F book I read. Cause let’s face it – nobody’s perfect, and SF/F suffers often.

By analyzing what other authors did wrong (and right) it helped me be a better writer. Working it out publicly, and getting feedback from others, was fun and informative. Back in 2004, this blog got like 50-100 visitors a day. It wasn’t much different, I figured, than talking to some friends at a party. Why would any author care about what I had to say to 50 people?

But for the last two years, I’ve gotten to find out what it’s like being an Author on the Internet, and listen to folks talk publicly about my work. I got to be on the other side.

See, what I realized is that when people talk about my work, they aren’t talking about me, any more than I was talking about the real people who wrote the books I inhaled ten years ago. Instead, they built an “authorial construct” of me. An author-version of me, and that version of me is more epic, more scary, more powerful, and more witty (or more stupid) than I will ever be.

Whether you like it or not, public perception is that when you write and publish a book, you automatically get some Authority. You’re published, and X isn’t. We’ve made it up in this society that being Traditionally Published Still Means Something. Whether you’ve sold 500 books or 50,000, readers start to make up this picture of you. You become some misty almost-person, like a celebrity. When it comes to almost-people, or pedestal-people, it makes it easier for you to both adore them and throw stones at them. They aren’t real people, after all. They’re The Man. They can Take It. 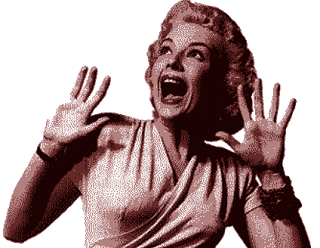 How do I know this?

Because I’ve been reviewing books here since 2004, long before I knew very many authors and when I was still getting rejections from agents telling me that comparing a book of mine to Famous Authors’ Books™ the way you’re told to do in query letters was the lowest kind of arrogance (that letter left me cringing in a corner for weeks. Needless to say, when my book was later compared in reviews to the same Famous Authors it amused me deeply).

One day (back in hazy 2004 or 2006) I wrote a largely positive post about a book while also interrogating some of its gender assumptions, which is something I did quite a lot. I’d been writing online for a while at this point, and the Internet was still fairly new – it never occurred to me that writers had nothing better to do than Google their names all day (now, as someone who Googles my name quite often, I know better).

In response I got a rather angry email from the author in question about my interpretation of the book. As a Baby Author who had been to Clarion and already understood how important networking and connections are in this industry, this freaked the fuck out of me. Was this author going to blacklist me? Were they going to tell people not to talk to me at a con? Would they tell editors not to work with me? I mean, shit – I didn’t know jack about how publishing worked at this point. I still believed it was possible that one word from somebody could Make or Break my Career.

The author and I had a spirited email discussion that I think turned out for the best. It turned out the gender assumptions were something the author had been interrogating on their own, and after the initial defensiveness we both had calmed down, we had a pretty good conversation.

But, the fan in me was pretty frazzled about the whole exchange. I was jumpy and jittery for a while, and didn’t review books for weeks afterward. Even now, I find myself reluctant to review the author’s work here on my blog, even if I mostly enjoyed it. Those angry emails still freak me the fuck out.

And that, I think, is something authors need to consider when they contact fans. Are you, as an author, willing to go on some angry rant online that turns off your readers? Why? So you can be “right” about how they interpret it? So you can have your say? Isn’t your book enough say? Can’t you just post on your blog?

I understand that speech – my speech as a fan or as an author – always has consequences. I could choose to skewer friends’ and colleagues’ books here (the old “shit where you eat” thing) and that’s my choice. Would there be repercussions? Absolutely. And I should EXPECT that. Not only would my colleagues think I was an ass, but a lot of fans might see it that way too – especially if I was tearing down a debut book that’d only sold 500 copies. What a jerk would you have to be to tear something down that was mostly pretty good but nobody was reading anyway?

I remember standing at a convention in 2007 and having an author stare at my name badge and then cross the crowded room and come over to me to shake hands. It was only as I read the author’s name tag that I realized it was somebody whose work I’d reviewed on the blog. I was terrified. It had been a mostly positive review, hadn’t it? Oh God, surely that Big Author hadn’t found my Little Blog? In fact, the author had, and simply came over to say how much they appreciated my review. It turns out that the series they wrote didn’t get nearly as much critical and sales attention as I’d assumed it had from my out-looking-in perspective. I would learn, years later, that it was critically under-read. My little post had meant something to the author, because it was one of very few posts.

That’s something I didn’t see as a fan: every review, every post, every tweet, every Facebook mention, really does count. Especially if you’re a debut author from a small press. Getting your signal out there amid all this noise is rough. And bloggers with large readerships do, indeed, matter. I still remember my frustration when I had several readers come to me and tell me they’d avoided God’s War for months because a blogger they followed wrote a really negative review of it.

As an author, I know that’s frustrating. And I understand the knee-jerk reaction of wanting to go onto some other person’s blog and rant and rave about how they got everything wrong and how your ten years of expertness in X makes you a far better authority than them on the subjects explored in your work (and, of course you WROTE the bloody thing). I get it. But the fan in me, the one who reads and reviews books, knows that not only is it counterproductive – it’s totally unnecessary.

Because you know what? Those folks who read the negative review went off and found enough positive reviews to give the book a shot. They bought the thing anyway. The book’s fans carried the day. And let’s be real – in the world of marketing, what the creator of a product says about their own product means nothing. We trust our friends. We trust word of mouth. Creators – especially new ones – are just selling something.

As an author, you have to sit down and figure out what you’re trying to achieve by emailing a reader or posting on their blog. Because that’s all bloggers are – readers. Just readers. That’s it. If, say, John Ringo emailed me to argue about how no, really his books weren’t misogynist, what would be the point of that? Do you think he could convince me otherwise? If you’re an author, what are you hoping for by emailing a reader? Because readers aren’t critique groups. They aren’t (most of them) writers. They’re readers. And you’re an author. You make words. They interpret them. Sometimes they interpret them in unexpected ways.

That’s the beauty of being an author. I embrace those interpretations (even the fucking nuts ones) because they tell me a lot about both my work and my readers.

And as I write more books, and get more entrenched in this industry, I’m also more aware that the things I say are going to be given more weight than the things that Joe Schmo on the street says. I think that’s stupid (looking at my sales numbers and royalty checks) but it’s a real thing. I can’t control it. I can reject it. I can pretend it isn’t true. But pretending you don’t have more power than somebody else doesn’t make it so. Pretending that being a man, or white, or rich, or able-bodied, doesn’t give you certain power and privileges over others just isn’t true. No matter how powerless you feel, somebody’s going to be projecting power onto you, and giving what you say more weight than it should probably have.

Every author and fan has to make their own choices. You weigh the pros and cons. “If I post this negative review of X’s book, I probably shouldn’t ask them to, uh, blurb my next one,” and “if I post about author X, who’s known for trolling reviews of their books, they’re going to troll mine.” Sometimes that means you don’t post. Sometimes it means you block comments. Sometimes it means you ruin friendships. It’s your words, your speech. You can’t control how other people react to what you say – as an author, I can’t control how a reader feels about my book, any more than I, as a fan, can control how an author will react to a public post. All I can do is choose who I talk about, and with, and how I engage.

There is also this: remember that author who emailed me? In the end, they became one of my work’s strongest supporters. Over the years, we’ve met and corresponded many times. And I’ve received a great deal of wisdom and council from that writer – and those are things that never would have happened if they hadn’t reached out and emailed me in the first place (and on the flipside, I’d like to think the gender politics in the author’s work also improved some tiny measure in response to that exchange, too).

As a writer, I pick my battles – and I choose my words carefully.  Because you never know if that author or fan you want to thrash will become your best friend, or remain just another asshole on the internet.