Why You Should Be Watching The Man in the High Castle

If you’ve read Philip K. Dick’s The Man in the High Castle, you know the Big Idea, here: World War II is over, and Germany and its allies won. The world has been carved up between Japan and Germany. What was once the United States is divided between the Japanese Pacific States and the Greater Reich, with a “neutral zone” around the Rocky Mountain region.

The year is 1962, and a subversive film is making the rounds in revolutionary circles: it’s a film that shows the allies winning World War II. Our world. It’s said the film is created by someone who calls himself “the man in the high castle,” and nobody can figure out how he’s created these films. They’re scary because they look so real. Keep in mind there’s no CGI or photoshop here, and everyone has to share these movies on reels – it’s impossible to fake this level of “real” in this 1962 (or ours). Where did the film come from? Why is it such a touchstone for revolutionaries? Can the Reich and Japanese Empire squash out dissent before being drawn into a war with one another?

These are the big questions in the book and the series now streaming on Amazon (two episode are up now; all 10 will be up on the 20th of this month), but it’s about so much more than that.

I’m not sure when I realized that this wasn’t a story about the Nazis and Japanese Empire laying waste to the happy United States we have in our happy memories. I think it was when the Japanese Empire raids a Jewish man’s house, seemingly for no reason, and I realized it looked a lot like a swatting raid, or a raid on some innocent brown man with an Arab-sounding name, or the FBI raid on an innocent professor accused of sending sensitive material to the Chinese. And in that moment I realized the entire world I’d been presented thus in the show far wasn’t so much different from the United States in 2015, and that in fact the show was very much aware of that. If you’re brown, or black, or Muslim, or have a non-white sounding name, or you look at a TSA agent funny, or say something about supporting terrorism online (threatening to murder a woman is still OK! But I digress), get ready to get raided, detained, tortured, thrown into prison, or disappeared. I thought about our creepy no-fly lists, about police throwing students to the floor in classrooms, about minor traffic violations that end with somebody strangling you to death in prison and pretending you totally hung yourself with a plastic bag. I thought of this whole world we’ve built, post-World War II, and realized this show wasn’t saying, “Wouldn’t things be so different?” but instead, “Are things really as different as we think?”

And when a loyal-to-the-Japanese-Empire Jewish man is detained and tortured in episode two, meets a revolutionary in prison, and is released without being charged, I immediately knew where his arc was going, though it hasn’t even played out yet, because we have seen it endlessly in our own torture and detention camps, the ones we’re running all across the world. We detain and torture people, many of whom have no interest in extremism, and in this zealous performance of power, we end up creating the very thing we say we’re fighting against. Applying the boot makes more people who want to burn the boot.

The very subversively important thing about this show is that you want the revolutionary dissident extremists who are blowing things up and shooting people in the street to win.

Wrap your head around that, America.

I write complex fiction, because the world itself is a messy, angry, tangled place. We want a good vs. bad narratives. We want simplicity. The world is none of those things. The fact is that Nelson Mandela was labeled a terrorist, and the ANC – now the ruling party of South Africa – was considered a terrorist organization, is a True Fact. Osama bin Laden was trained by the CIA. The United States holds people indefinitely in foreign prisons and tortures them. History is a bloody field of horror. The bombs that obliterated Nagasaki and Hiroshima killed about 250,000 people just within the first four months of the blasts. No, that is not millions of people exterminated, but where do we draw our Line of Evil? One death? One thousand? One million? A billion? Or is it just a matter of who’s doing 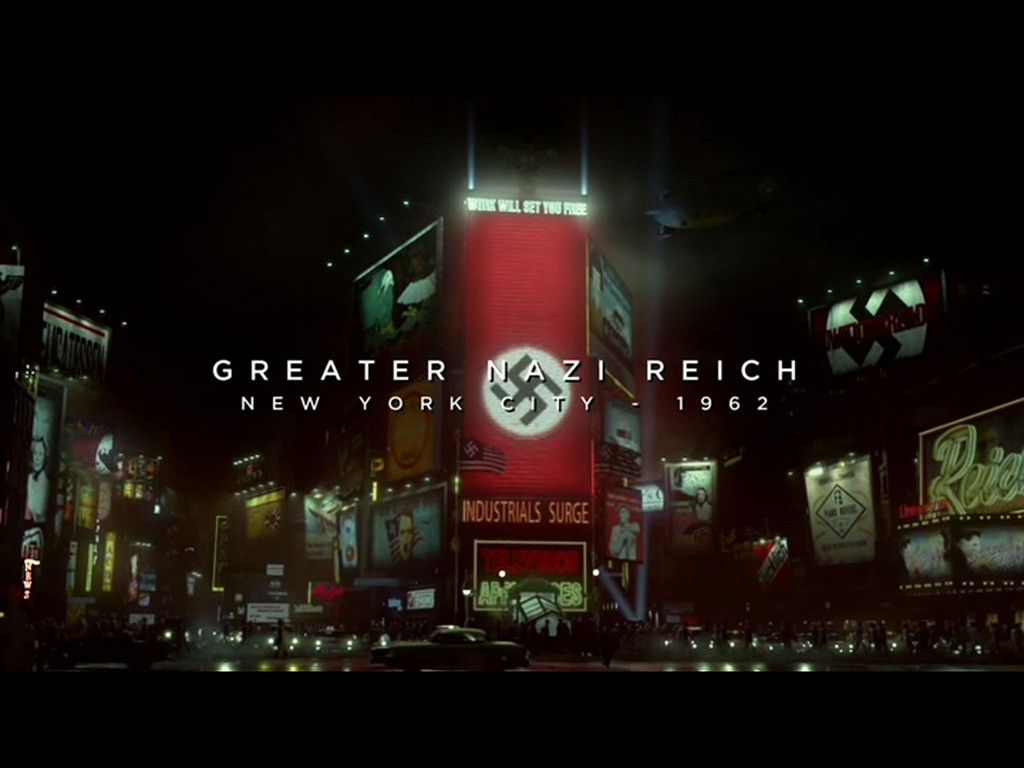 the murdering? And I say that as someone whose grandfather told stories about hauling bodies out of concentration camps. I know evil. I also know that fighting evil with evil can turn you into the very thing you hated and feared.

In an age of relentless acts of brutality committed by revolutionary groups that are, increasingly, met by even worse acts of brutality on the part of large states, one has to sit back and ask why we’re so committed to feeding the terror machine. A brutal and repressive regime serves only to create the very revolutionaries it fights so hard to put down. Meeting violence with violence doesn’t show strength: it inspires more violence.

It’s this uncomfortable truth that makes The Man in the High Castle such a compelling narrative – then and now.

The wheels keep turning. They won’t stop until we do.